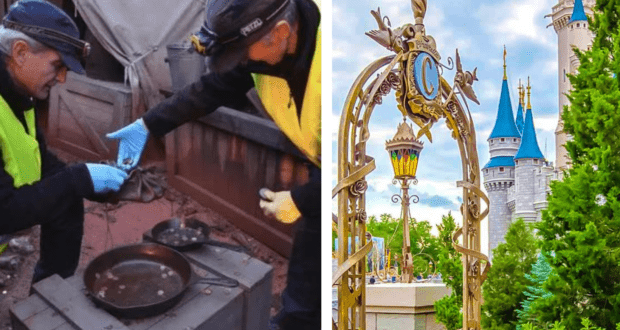 Thanks to the dreaming hearts of Guests at the Walt Disney World Resort, scores of tiny brave Disney fans get to take a break from the challenges and struggles they face every day. 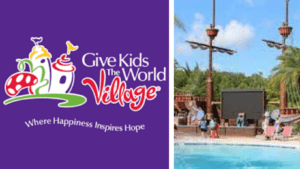 If you’ve always dreamed of being a Disney Princess, or if you’re the parent of a Disney Princess, you’ve no doubt visited Cinderella Castle at Walt Disney World, and you’ve probably posed for photos behind the iconic wishing well at Cinderella Castle. But do you remember the last time you tossed a coin into the well, after wishing over it of course?

Whoever “coined” the term “pocket change” must have never been to Disney World, where tiny, magical, manmade bodies of water inside attractions and around each theme park serve as wishing grounds for Guests. Children of all ages, from 1 to 101, make a wish, toss a coin into the water, and wait patiently, believing their dreams will come true. And those coins add up to create amazing and positive change for children of varying ages in Central Florida.

After all, “if you keep on believing, the dream that you wish will come true.”

And that’s what happens regularly for the youngest and bravest of Disney fans who have the chance to experience a week-long, no-cost vacation at the Give Kids the World Village.

On Tuesday, Walt Disney World announced that Cast Members recently collected coins from the wishing well at Cinderella Castle at Magic Kingdom, as well as from fountains at each theme park across the Walt Disney World Resort, in preparation for Disney’s donation to Give Kids the World Village. 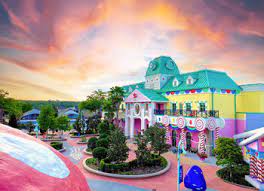 Give Kids the World is a non-profit organization that serves children in Central Florida (and their families) who are critically ill. The Village is located in Kissimmee on 89 acres and provides week-long, cost-free wish vacations to children who face critical illnesses and the challenges (and triumphs) that can go along with those illnesses.

Many of the families who stay at the Village also have their Disney granted with a trip to Disney World as well.

“We’ve had an amazing relationship with Walt Disney World Resort for more than 35 years, and this donation on top of the recent $500,000 grant will help us to continue making dreams come true for our very special wish families who visit the Village,” said Pam Landwirth, President and CEO of Give Kids The World Village.

The Walt Disney World Resort periodically collects the tossed, wished-upon coins from fountains around the parks, cleans them, and sorts them before making a donation to a Central Florida non-profit, according to USA Today.

In November 2020, coins were collected from the waterways at the “it’s a small world” attraction, from fountains throughout each theme park, and, of course, from the iconic wishing well at Cinderella Castle. The coins totaled more than $20,000, which Disney World then donated to the Coalition for the Homeless, according to Walt Disney World‘s external affairs director that year.