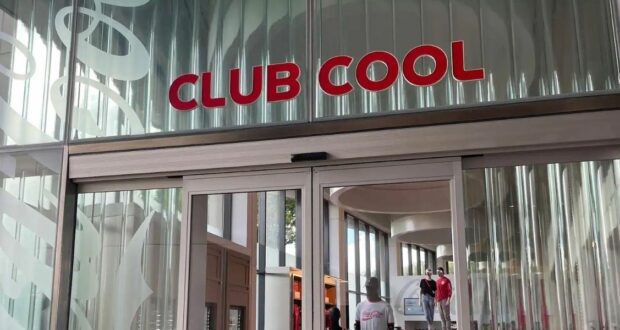 Club Cool Enacts MAJOR Change Guests May Not Like

When it comes to a Walt Disney World Resort vacation, there are literally hundreds of places to eat — and one of the best theme parks for Disney World foodies to visit is EPCOT. With eleven pavilions around the World Showcase Lagoon and other locations like the new Connections Café, there are so many delicious dining possibilities. However, there is another aspect to dining that has nothing to do with food — fun drinks!

One of the great places to go to experience unique drinks is also free. We are talking about Club Cool — located in the World Celebration area of EPCOT — where Guests can sample Coca-Cola products from around the world. In the years since it has been open, Club Cool has gained a somewhat cult following for its unique flavors, like the controversial (but mostly universally disliked) Beverly from Italy, along with Smart Sour Plum from China, Country Club Merengue from the Dominican Republic, and the Sprite Cucumber from Russia. Guests love to head into the Disney Park shop, grab some cups and spend some time tasting all of Club Cool’s offerings.

However, Guests recently visiting Club Cool saw a change that they may not like. Twitter user Ethan is Not so Scary shared that cups were no longer available for Guests to grab as they pleased. Instead, a Cast Member was standing outside the entrance to Club Cool, handing out one cup per Guest.

Club cool is now 1 cup per guest. CM is handing out cups at the entrance

Club cool is now 1 cup per guest. CM is handing out cups at the entrance pic.twitter.com/V0uTxSb6To

Many people were quick to comment that they felt it was just another way Disney — and mainly CEO Bob Chapek — was cracking down on costs and trying to save money. Others were upset that they would have to fill a cup with a good-tasting soda after drinking a soda that they did not like the flavor of.

So you can pollute the taste of the good ones with the gross ones? Lame. Good thing I only drink Moldova!

So you can pollute the taste of the good ones with the gross ones? Lame. Good thing I only drink Moldova!

A couple of people who also claimed to have visited Club Cool — including Twitter user Thomas — said that Cast Members informed them that the limit on cups would only be temporary, as the store (and possibly the Walt Disney World Resort) was experiencing a shortage.

They started doing this about halfway through the day yesterday, it’s due to low stock apparently

They started doing this about halfway through the day yesterday, it’s due to low stock apparently

Club Cool is open daily from 8:30 a.m. until 9 p.m. and all Guests are welcome to venture in and try some Coca-Cola drinks and purchase Coca-Cola-themed merchandise.

**UPDATE** Later last night, Guests visiting Club Cool saw that the cups had returned and could be used as Guests pleased. No word on if Disney will continue to limit cup usage during peak times during the day until the shortage is over.