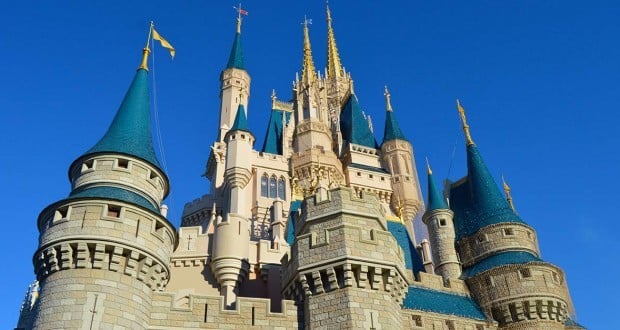 Cinderella’s Castle To Be Renamed For Elsa

Walt Disney World has announced a name change and more for Cinderella Castle. Starting on September 8, 2015, it will be called Elsa’s Ice Palace. It will be given a new facade to go with the name. Elsa, of course, is the Ice Queen from the Disney hit movie Frozen. The date for the official name change is the day after Frozen Summer Fun ends at Disney’s Hollywood Studios, which is also expecting a new name.

The announcement was made early this morning by Disney Parks spokesperson Ilene Woods. “We knew that the live action version of Cinderella would cause a problem for us. Cinderella no longer looks like Cinderella, and the castle at the Magic Kingdom looks nothing like what is seen in the movie. One of our Imagineers pointed out that ‘Ella’ and ‘Elsa’ sound so much alike that most people probably wouldn’t even notice the change. That set the plan in motion.”

More than just the name will be changed at the Magic Kingdom’s icon. Bibbidi Bobbidi Boutique will be replaced by a new store called Olaf’s Outfitters. It will feature winter gear such as scarfs, gloves, and earmuffs. There will also be Frozen clothing for sale, because, according to Woods, “you can never have too many T-shirts with those sisters on them”. Cinderella’s Royal Table will also close, to be replaced by Anna’s Royal Table. Said Woods, “It will pretty much be the same thing, but with different characters. The old princesses are passe anyway. No one really cared when we recently closed the restaurant for refurbishment, which was another sign that people are over the 1950 version of Cinderella. Live action is where it’s at, baby! I can understand that. When I was younger, I wanted to be Cinderella more than anything. But for this Halloween, I’ve already bought my Elsa wig. I’m having a hard time getting it right, though, that sucker is huge!”

Woods pointed out that the public should not be surprised by the icon’s change. “We took away Mickey’s Hat, and we’re redoing the Tree of Life. Changes to the boring old castle at the Magic Kingdom needed to be next. We’ve been working on this for a while now. Haven’t you seen the crane?” When an audience member remarked that Spaceship Earth will be the only unchanged icon Woods laughed. “Believe me, we have plans for that as well. And before anyone asks, we will not be turning it into a model of the Death Star. We don’t think that a Walt Disney World icon should have the word ‘death’ in its name, that’s not the Disney way.” Woods then winked, and said, “If you squint, Spaceship Earth does look like a giant snowball. But I’m not confirming anything.”

After the announcement, Woods fielded a few questions from reporters. When asked if Kristoff, Hans, and Sven would play a part in the new theme, Woods replied with, “Who?” She then admitted that she had never actually seen the movie. When asked when the rest of the changes to the castle would take place Woods thought for a moment before answering. “We don’t have an exact date,” she said, “but we’re hoping for a year from today. That would make it April 1, 2016. April 1…get it? Oh, and one more thing. Did I mention that the bridge to Adventureland is for sale? I can get you a good deal on it if anyone is interested.”

2015-04-01
David
Previous: Soldier Surprises Family at Disney’s Art of Animation Resort
Next: 8 Tips For Getting The Most Out Of Walt Disney World Fireworks