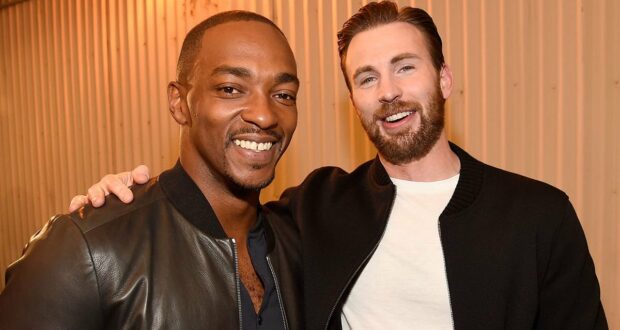 Twitter is currently aflame, locked in a heated debate. Is it politics? Religion? No. Captain America– you know, the important things. It started innocently enough: The Hollywood Reporter wrote an article speculating about Cap’s future and the direction the franchise may take. Then, the internet did what the internet does- it argued about it.

Fans argued back and forth about whether Sam Wilson was Captain America or his long-time alter ego- Falcon. The debate got nasty, with insults and accusations being flung. At times the comments were downright brutal, but the battle raged on.

Some accused the media of refusing to accept that Captain America is black.

Some claimed that Sam Wilson can’t be Captain America because he hasn’t been injected with the “super serum” that turned Steve Rogers into Cap in the first place. 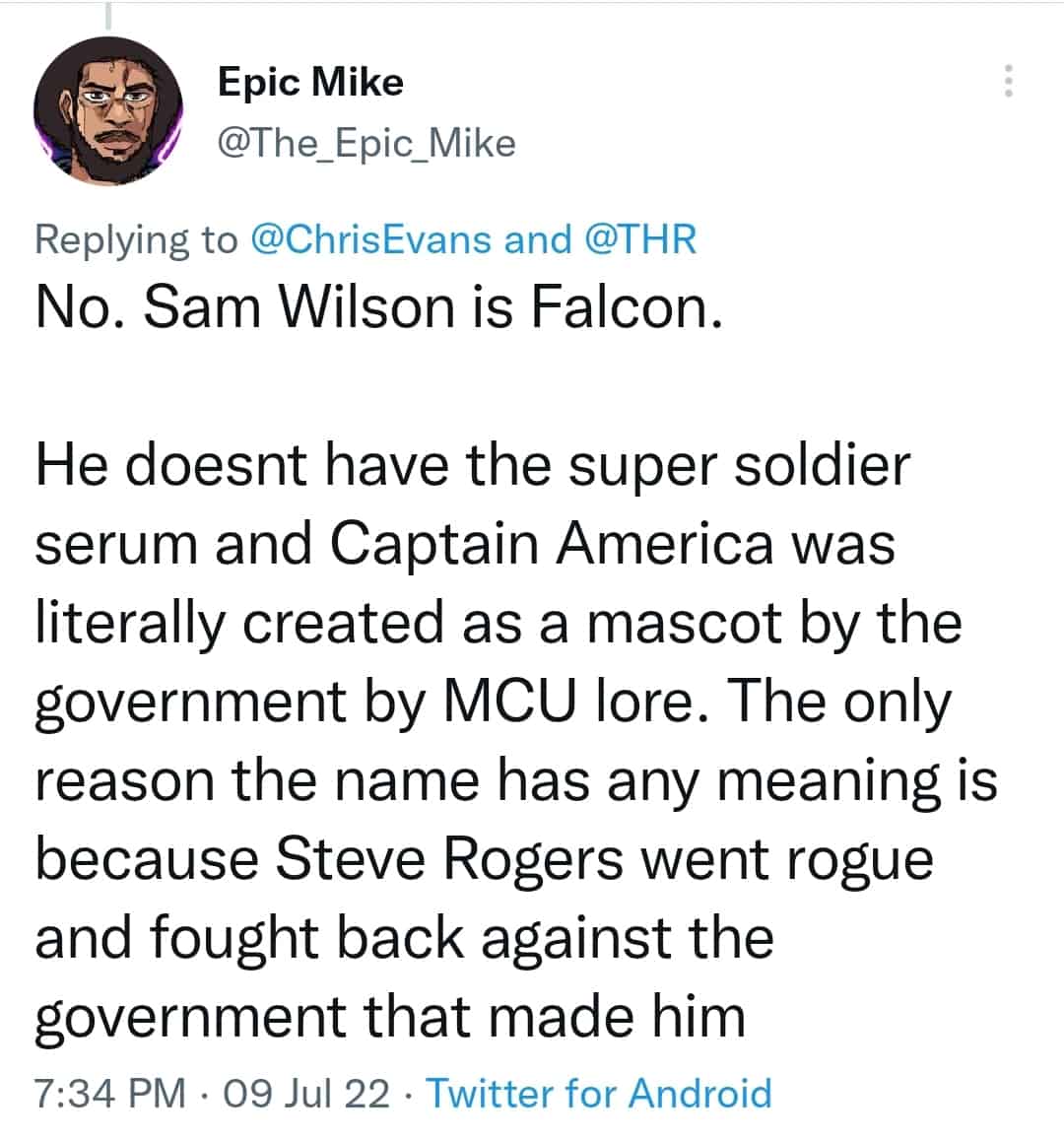 One Twitter user even accused the MCU of “black washing” (his term). 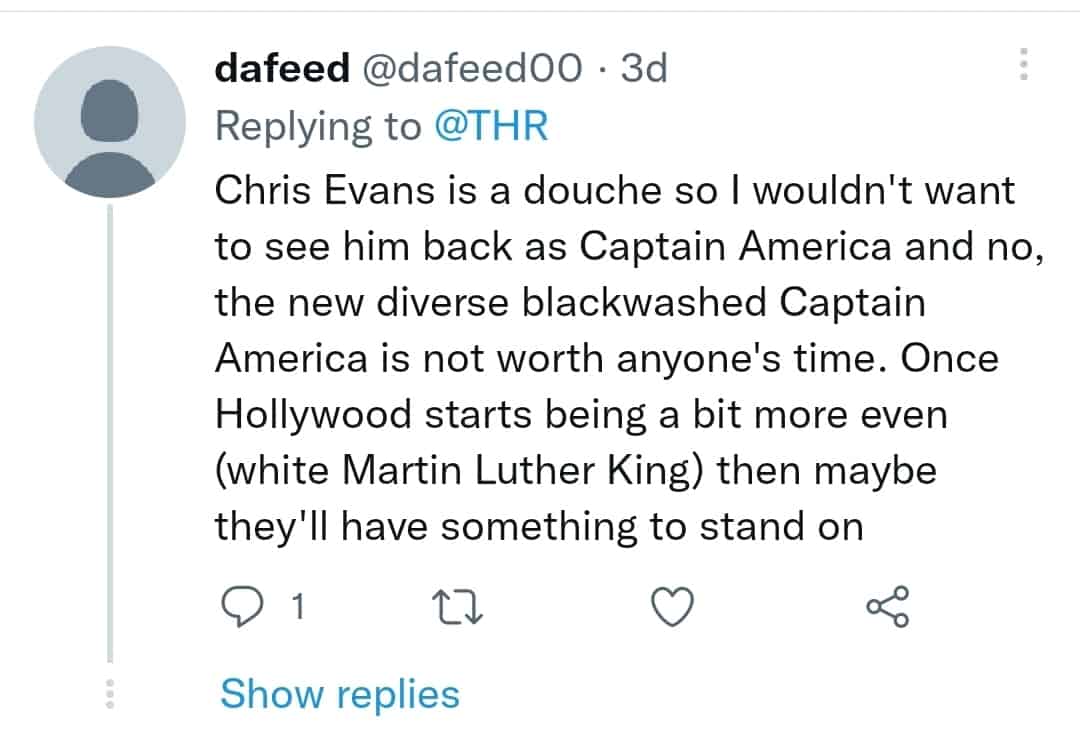 Others just wanted to see Sam Wilson enjoy the spotlight without comparison to other iterations of the character.

Enter Chris Evans. Chris Evans played the original Captain America in the MCU for 10 years before passing the shield to Anthony Mackie, who plays Sam Wilson. Evans settled the debate with a single sentence: “Sam Wilson is Captain America”.

There you have it, from the words of the OG Cap himself. This seems to settle any debate as to whether he will reprise his role in the future. 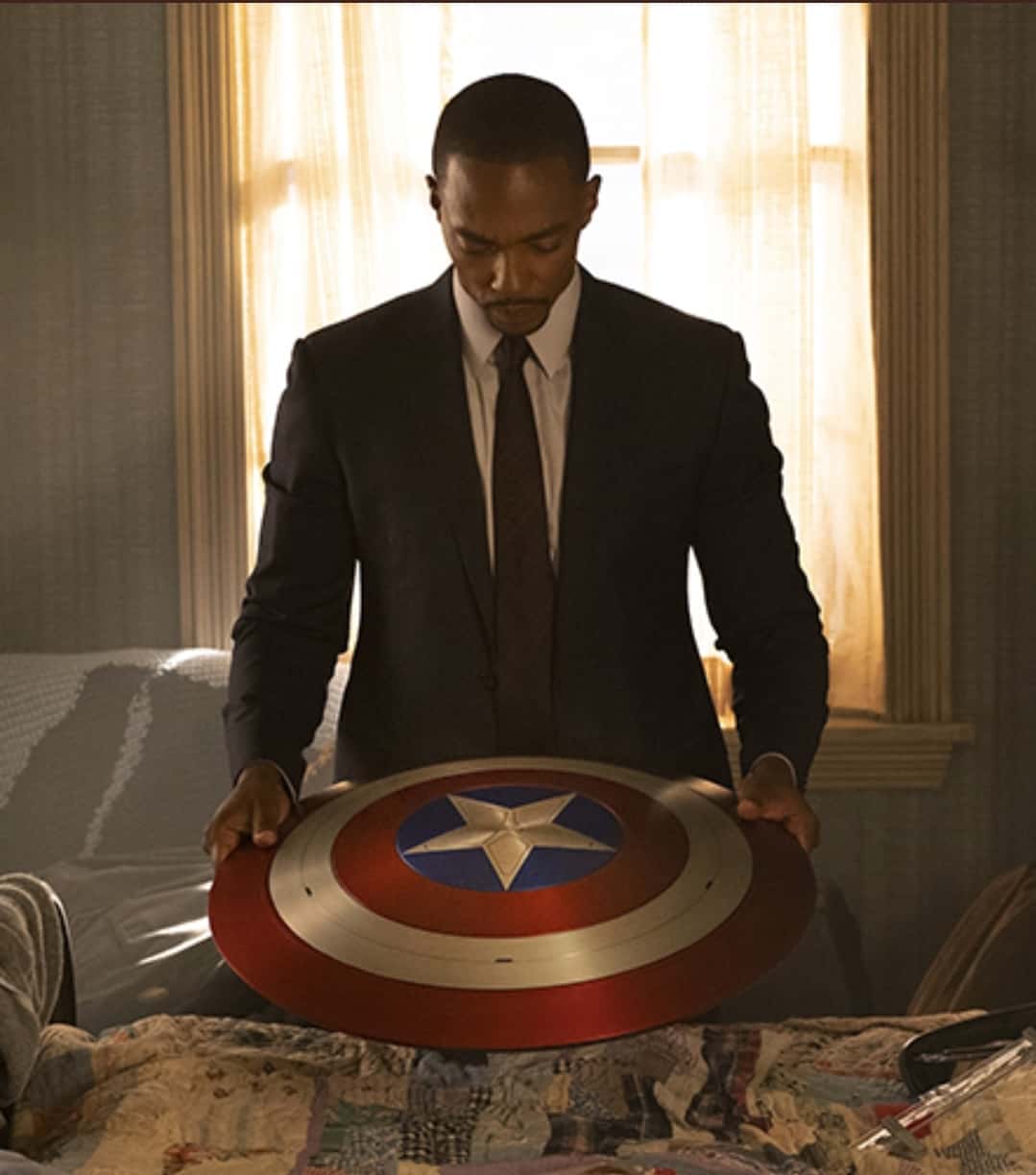 While Twitter argues, it’s important to note that Sam Wilson’s accession into the role of Captain America is cannon. It occurred 14 years ago in the comics, and the MCU follows the original story arc.

What are your thoughts? Is Sam Wilson Captain America to you, or will he always be Steve Rogers in your mind? Sound off in the comments, and let us know what you think!