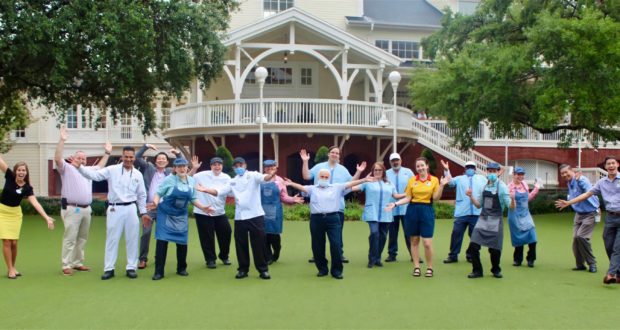 Little by little we are seeing more and more of our favorite Walt Disney World experiences return! As more Disney fans head back to the parks, we thankfully get to see Disney Resort hotels reopen. While Disney’s BoardWalk Inn Disney Vacation Club Villas have been open for some time now, the general public has been unable to book a stay at the BoardWalk until recently. Cast Members took to social media to celebrate the reopening, as well as the 25th Anniversary of the stunning resort.

As shared via Walt Disney World Cast & Community Facebook: “This week, Disney’s BoardWalk Inn officially reopened to Guests, just in time for the resort’s 25th anniversary! It’s been 25 years of classic carnival fun, tasty treats and beautiful nighttime strolls on the BoardWalk. Thank you to all of the Cast Members who have made magic here over the years!”