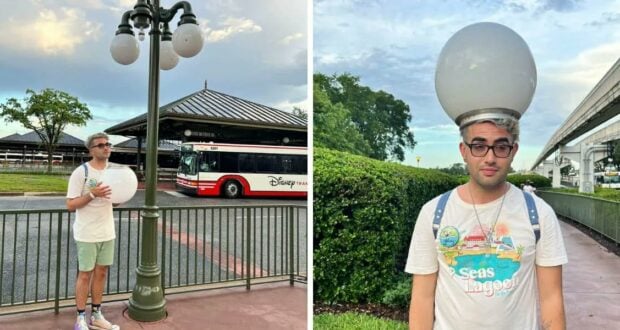 Storm knocks down fixture at Disney World, yielding a new headpiece for this Disney Guest

Central Florida has experienced some wild weather lately, which isn’t uncommon in the Sunshine State. The Orlando area sees an annual average of more than 50 inches of rain, and contrary to what some Disney World myths would have you believe, Disney has not yet patented a way to control the weather at its theme parks, though they have cornered the market on mosquito control.

Last week, just outside Magic Kingdom at the Walt Disney World Resort, an unusual incident occurred as the result of a rainstorm at the bus depot near the park’s entrance. The Disney World bus depot at Magic Kingdom features several very tall, dark green light fixtures that line the area around the bus stops and signage at the depot. Each fixture features giant globe-shaped bulbs.

If you’ve ever visited the bus depot after park close at Magic Kingdom, you’ve probably seen the fixtures high above the Guests’ waiting area. But you probably haven’t experienced one of the enormous fishbowl-like bulbs falling from the sky.

But on May 1, Twitter user@GrandCalStan had such as experience. He was visiting the Walt Disney World Resort and was at the bus depot near Magic Kingdom when he noticed one of the giant bulbs on the ground. He tweeted a photo of himself with the orb-like bulb, jokingly captioning it, “I broke it.”

Truth be told, however, @GrandCalStan wasn’t responsible for the misplaced light bulb, and based on his tweets, it’s not clear that he witnessed the bulb falling from its perch atop the giant green light fixture either. However, in a response to one of the comments about his tweet, the Disney Guest says he took the bulb to Guest Relations “after the storm passed,” leading us to believe the “passing storm” was the culprit.

He also tweeted that some Guests who saw him with the giant orb were getting angry because they thought he had broken the fixture, but he denied that in another tweet. The good news is that it doesn’t appear that any Cast Members blamed him for the broken bulb; at least one of them thought it was a bit comical.

“Literally, and there’s people getting mad because they think I actually broke it. Like naw, I even brought it to GR [Guest Relations] after I saw it on the ground after the storm passed.”

Thx for bringing it to us. We were cracking up backstage

“Thanks for bringing it to us,” tweeted a Cast Member who was there that day. “We were cracking up backstage.”

It’s worth noting, however, that before @GrandCalStan returned the bulb to Guest Relations, he had a little fun with the bulb, even making a headpiece out of it for a photo (but he tweeted that he doesn’t know why he did that). 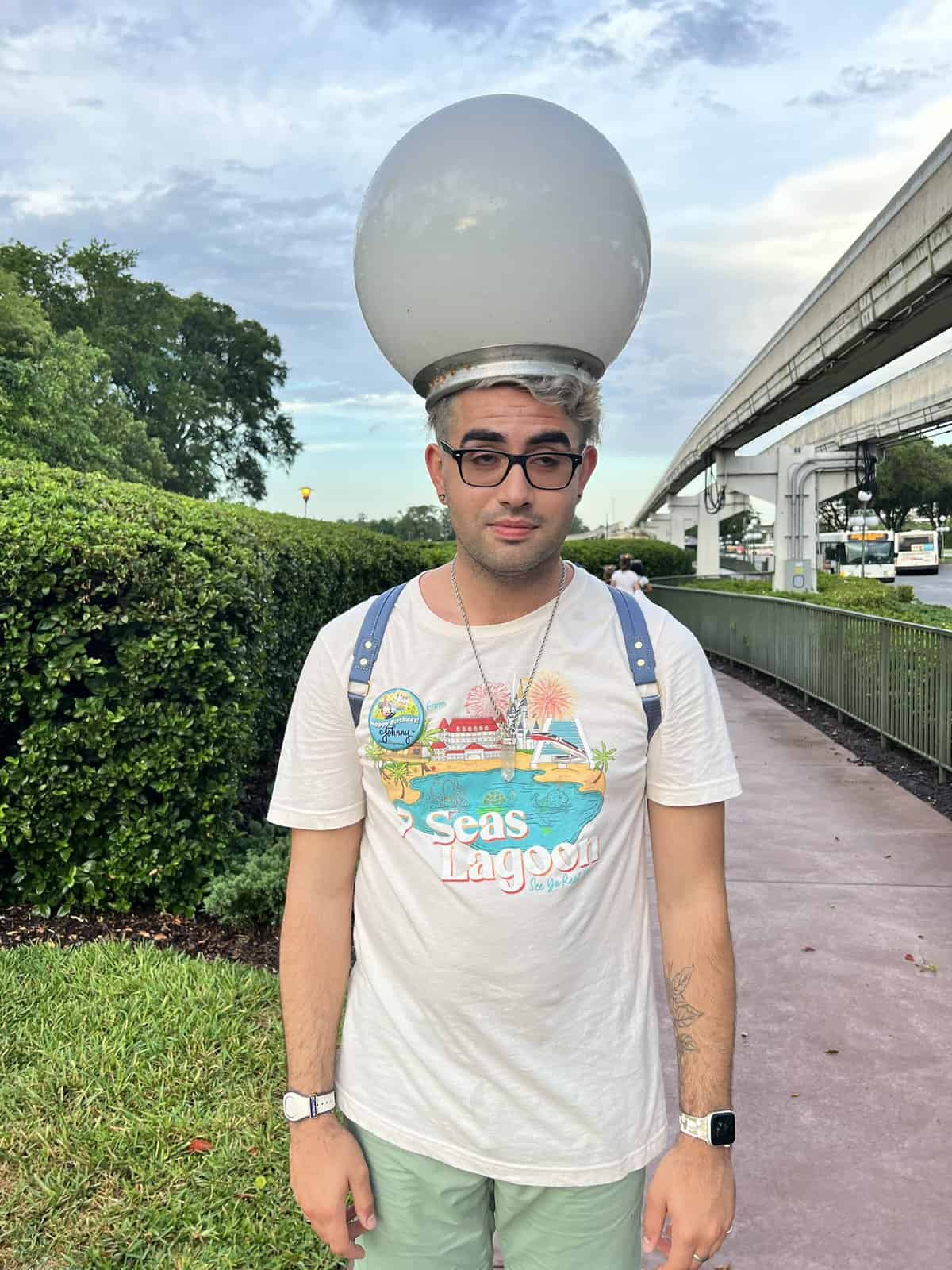 This Disney Guest did the right thing by taking the bulb to Guest Relations. If you’re ever in the parks and notice something like this or anything else that’s “out of place,” it’s always best to reach out to the nearest Cast Member who can take it from there!