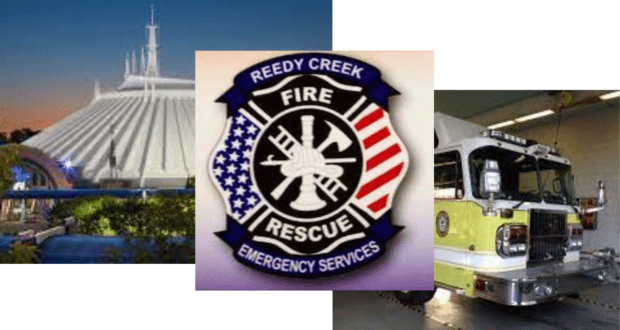 We reported earlier this afternoon that according to a tweet from an Orlando-based travel site, Gotta Go Orlando, Space Mountain and the PeopleMover at Tomorrowland at Magic Kingdom at the Walt Disney World Resort had been evacuated after a fire alarm was activated. The Reedy Creek Fire Department responded to the call.

Space Mountain & The PeopleMover at Magic Kingdom are both currently closed

A fire alarm was activated, with Guests evacuated by Cast Members

The Reedy Creek Fire Department responded to an unknown incident at Space Mountain around 3:45 p.m.

No official word from Disney yet! pic.twitter.com/JI3KPzr0ME

Shortly after seeing Gotta Go Orlando’s tweet, another tweet claimed that a spokesperson for Reedy Creek confirmed that the department had responded to a call, but that there was no fire, leaving no answers about what exactly had prompted the evacuation of Guests at both attractions, the activation of the fire alarm, and the response from Reedy Creek.

In regards to the Space Mountain and PeopleMover closure. Reedy Creek Fire Department did respond to the area, but the department spokesperson says there was no fire.

Now, according to The Orlando Sentinel, smoke from a breakroom refrigerator led to the evacuation of Guests from Space Mountain, per Tim Stromsnes, communications director for the Reedy Creek Professional Firefighters and a union official for the firefighters.

RELATED: Disney firefighters say they’re being retaliated against after bringing up safety concerns

Stromsnes says only one engine responded to the call for help. Once a Reedy Creek firefighter unplugged the refrigerator, the other units that had been called to assist in the response were canceled.

Eryka Washington, a spokeswoman for Reedy Creek, confirmed that there had been no fire at Space Mountain.

A call for assistance from the Orange County Fire Rescue was also placed for aid at an address near Tomorrowland, but that call was also canceled. According to the My Disney Experience app, at 4:30 p.m. local time, the Space Mountain attraction was still closed, but by 4:45 p.m., it had reopened to Guests with an 80-minute wait to experience the attraction.

As of 5:00 p.m. local time, the PeopleMover attraction remained closed, though it had opened briefly sometime around 4:30 p.m.

Thankfully, to our knowledge, there have been no injuries reported at this time. We will continue to update you on this story as any new information becomes available.

2022-02-07
+Becky Burkett
Previous: Disney Releases First Trailer For New ‘Cheaper By The Dozen’ Movie
Next: Shareholders May Be Planning to Oust Bob Chapek From His Seat on the Board of Directors