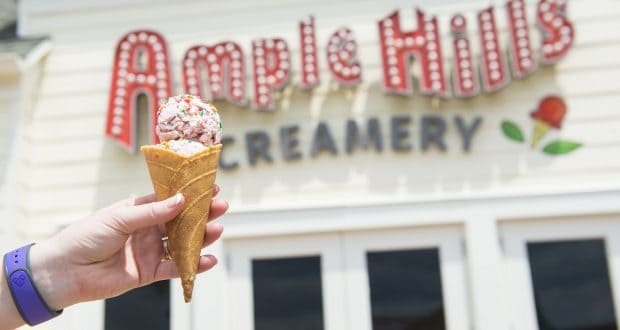 Ample Hills Creamery Will Not Reopen at Walt Disney World

It’s a sad day in the news of ice cream! It is being reported that Ample Hills Creamery will not reopen at Walt Disney World. You may have had an ice cream treat or two at their location at Disney’s Boardwalk. A second location was in the works at Disney Springs.

According to Attractions Magazine, Ample Hills Creamery spokesperson confirmed that the ice cream shop will not be operating any Disney World locations in the near future.

Ample Hills devotees were thrilled by the announcement last August that a second Disney World location was headed to the West Side of Disney Springs in the winter of 2020. That opening was understandably delayed by the coronavirus-driven closure of Disney World, and was further called into question when it was reported on March 16 that the company filed for Chapter 11 bankruptcy. Four days later, on March 20, the BoardWalk location closed with the rest of Walt Disney World and has not reopened.

“Prior to the acquisition, the Disney agreement with Ample Hills creamery ended (back in January),” the company spokesperson said. “As a result, Ample Hills will close at Disney’s BoardWalk and the proposed Ample Hills location at Disney Springs will not open later this year.”

2020-07-22
Jamie Sylvester
Previous: The Parks Have Reopened! 40 Quick Notes to Know Before You Head to Walt Disney World
Next: Disney Shares Video Highlighting Cast Members at Walt Disney World & Beyond