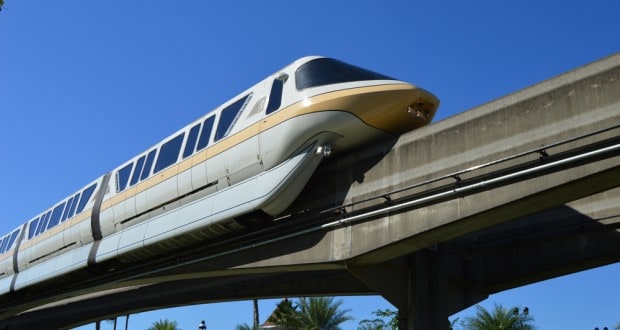 Aloha, Disney fans! Disney’s Polynesian Village Resort is once again buzzing with excitement and Guests! While Disney Vacation Club Members have had the opportunity to stay at the popular Walt Disney World Resort for some time, the Polynesian only recently opened to ALL Guests once again since the COVID closure. We’ve also seen favorite dining experiences reopen at the Disney Resort including ‘Ohana (without characters) and Trader Sam’s Grog Grotto. On top of that excitement, the Guest rooms have been refurbished to a Moana-inspired theme. Alas, the last piece of the Polynesian Village Resort is finally falling into place as the Resort Monorail station which has been closed for quite some time, has once again reopened!

Yesterday, September 5, we were riding the Express Monorail from Magic Kingdom theme Park back to the Transportation Ticket Center. To our surprise, Guests were being loaded into a Monorail at Disney’s Polynesian Resort! This has been a sight we haven’t seen for some time as we cruised by. It was a surprise as Disney had not announced the reopening of the Disney World hotel monorail. We didn’t even have time to pull out our cameras for pictures!

During the construction closure of the Polynesian Monorail station just outside of the Great Ceremonial House, Disney had previously shared that for Guests to go to and from EPCOT and Magic Kingdom Park (which were previously accessible for Polynesian Guests via Monorail), they would need to use bus transportation to and from these Parks – just like they do for Disney’s Hollywood Studios and Disney’s Animal Kingdom theme parks. The closure for construction began in November 2020, lasting a full 10 months.

It’s was great however seeing happy Guests once again loading the Monorail from the Deluxe Resort as of yesterday! We’re thankful the construction and reopening of the Polynesian Monorail Station was successful in time for Walt Disney World’s 50th Anniversary celebration kicking off on October 1, 2021.

2021-09-06
Jamie Sylvester
Previous: Disney World at 50: a look back at Cinderella Castle over the years
Next: Video of Fight on Magic Kingdom Ferry Goes Viral