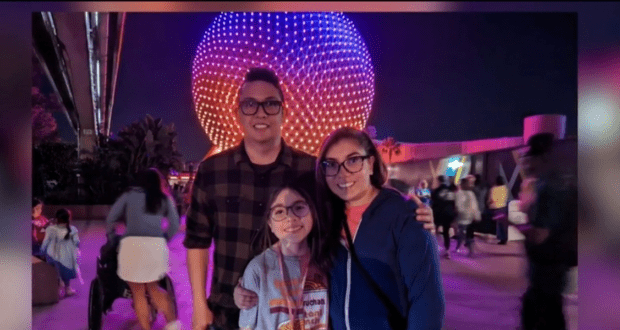 Southwest Airlines has been a hot mess since December.  We’ve reported extensively about the internal drama at Southwest that caused thousands to be stranded over the Holiday Season. The most wonderful time of the year was ruined for many, including many would-be Disney goers. Today, though, we’ve just learned of one family that took matters into their own hands and made magic for themselves! 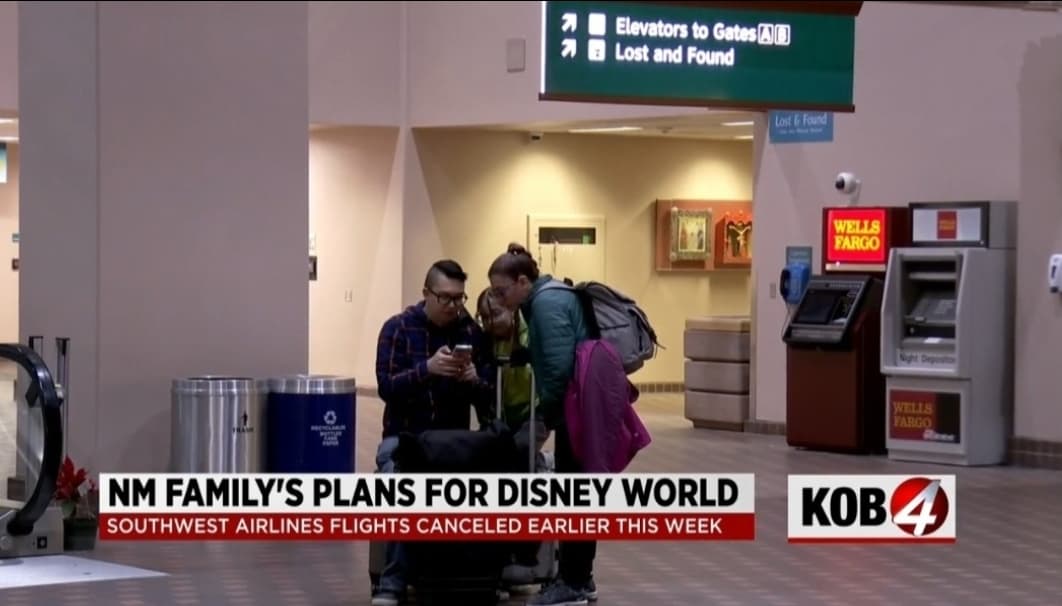 The Moreno family surprised their young daughter Maihemp with a trip to Walt Disney World as her Christmas gift. However, things took a disappointing turn when they arrived at the airport to head to Florida. They, along with hundreds of others, were left stranded by Southwest Airlines in Albuquerque, New Mexico.

It looked like the Disney trip was off unless a miracle happened. Cindy Moreno, Maihemp’s mother, couldn’t stand the thought of disappointing her daughter, so she rolled up her sleeves and created a miracle. In an interview from the airport, Cindy told local news station KOB4, “We’re just thinking about renting a vehicle and driving for 20 hours.”

That’s precisely what they did! The family said they were able to rent a car from AVIS, and they hit the open road on December 26 on an unexpected road trip. They traveled for three days in order to make it to Disney World by New Year’s. This was no small feat considering she at to juggle changes to their hotel reservation, park tickets, and park pass reservations. Luckily park tickets at both Walt Disney World and Universal Orlando are pretty flexible and there were miraculously plenty of park pass reservations still available.

In a follow-up interview via Zoom,  Cindy told the news station that they made it to their hotel at 2:00 am and planned to be in a Disney Park by opening just a few hours later. The family took the setback in stride, saying, “That’s mainly the thing that counts is that we’re finally here with our family and being able to just hang out— what we were originally wanting to do.” 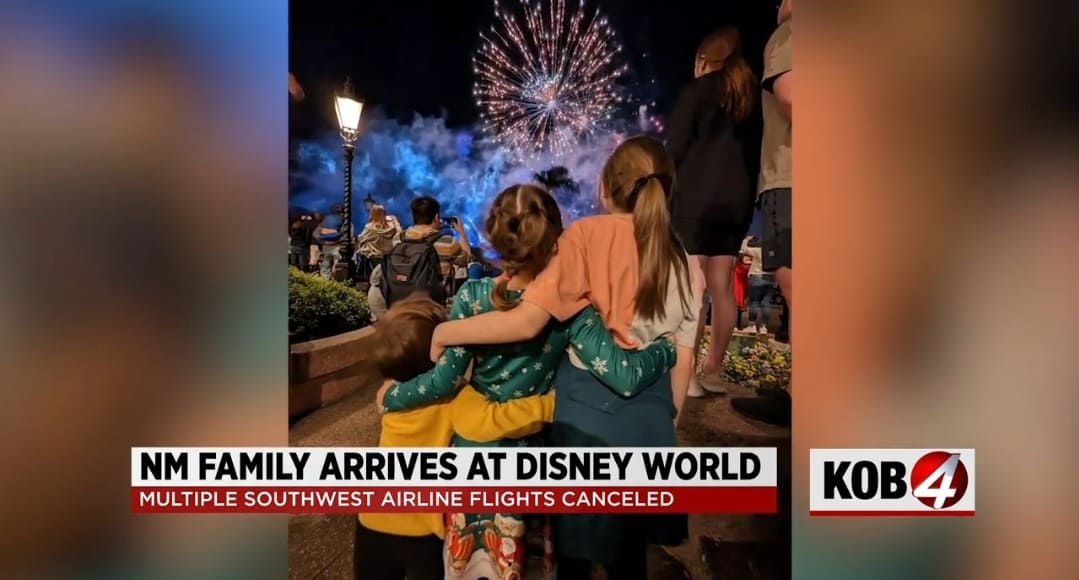 As for Maihemp, she was simply thrilled to be there, saying, “I’m really happy. Even though my legs hurt a lot, I’m just really happy and excited!” The girl later said, “I’m just happy we are here, and I can’t wait to make more memories!” We think it’s safe to say she is one of the happiest kids on Earth with her (albeit slightly delayed)  Disney trip Christmas gift. The family spent a few days soaking up the Disney experience and then headed to Universal Orlando to ring in the New Year. Once their theme park adventure was over, the family settled in for visit with local family members.

Though they had their happy ending, their story is far from over. Cindy said she hopes to get reimbursement from Southwest for their rental car and extra travel expenses en route to the Walt Disney World Resort saying that the airline asked them to save their receipts.