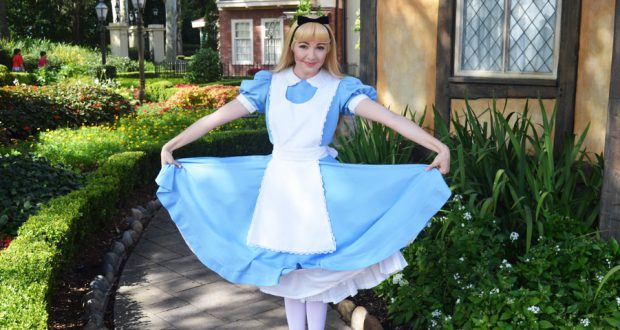 While there are plenty of places to meet princesses, it is much harder to meet the male face characters. When you do find them, they aren’t usually the bad guy. Gaston is an exception to this rule. He meets guests at the Magic Kingdom near the tavern that bears his name. Gaston has quickly become a favorite of many who cross his path. The Cast Members know the role inside and out, and they obviously have a lot of fun. If you haven’t yet encountered Gaston, stop by New Fantasyland on your next Walt Disney World vacation. You are sure to laugh out loud. His interaction with talkative kids is priceless.

When Anna and Elsa of Frozen fame greeted guests at Magic Kingdom’s Princess Fairytale Hall, the waits were ridiculous. Most FastPass+ reservations would be gone at the 60 day mark, sometimes just minutes into the day. The Standby Line was insane, if you could even get in it. Anna and Elsa have been moved to Epcot, and they no longer accept FastPass+ to meet them. The seemingly strange thing is that the Wait Time is reasonable, sometimes as little as 20 minutes; even on a busy day. It is not that the sisters are no longer popular, it was genius planning on the part of the Walt Disney World Imagineers. Royal Sommerhus, where the meet and greet takes place, has several different rooms where you can meet the characters. The surroundings and the character costumes are identical, and you won’t know which room you’re in or which set of sisters you’re meeting. All that matters is that you will have waited for a short period of time.

The Cast Members who portray the characters are not allowed to say to anyone who they play. Instead, they will say that they are a “friend of” the character. If you ever meet someone who says she is Cinderella at Walt Disney World, she’s either lying or breaking the rules. She might instead tell you that she is a “friend of” Cinderella, that could be true.

If you plan to fill up your autograph book, please consider bringing a large, thick pen with you. Face characters can hold a regular pen, but those who have costumes over their hands have a harder time. The right pen makes it much easier. If you don’t have a large pen, they are sold in most gift shops. The pens make great souvenirs.

Walt Disney World wants consistency when it comes to characters. Height is a huge factor, each character has guidelines for the minimum and maximum height. That is why you don’t have to worry about seeing a short Chewbacca. Another thing that you might not think makes a difference is left handed vs. right handed. While Disney will hire someone who has all the qualifications but is the opposite handed of all the other Cast Members playing that character, it is something that they will take into consideration.

4. Parties and Some Special Events

Mickey’s Parties and some special events are a great time to see characters that are not normally in the parks. For example, in the past all seven dwarfs have appeared at Mickey’s Not-So-Scary Halloween Party. There are also extra villains at the same event. Even the characters who appear on a regular basis will wear different outfits for a special event. It adds to the fun.

3. Mickey in Every Park

Mickey Mouse fans will want to visit all four theme parks. He appears in all of them, in different outfits. In Magic Kingdom, you’ll find Mickey as a Magician in Town Square Theater. In Epcot, Mickey is in his normal attire at the a new location due to the current closure of the Character Spot. He is also available as Farmer Mickey in the Garden Grill Restaurant. In Hollywood Studios, you’ll find Sorcerer Mickey on Red Carpet Dreams. You can also find him in seasonal wear at Hollywood and Vine Restaurant for lunch and dinner (mentioned below). Finally, in Animal Kingdom, Mickey puts on his safari gear to pose with Minnie for a meet and greet, as well as greeting guests while dining at Tusker House Restaurant. There are plenty of fantastic chances to see Mickey inside each of the four parks!

Character dining is a fun way to enjoy a meal at Walt Disney World. You’ll have plenty of great food, and you can get some incredible interaction that isn’t really possible in the regular lines. One newer character dining experience is called Minnie’s Seasonal Dining. It is held at during the lunch and dinner period at Hollywood & Vine in Disney’s Hollywood Studios. Minnie is your hostess, and she is joined by Daisy, Donald, Goofy, and Mickey. The unique thing about this meal is that the theme changes, depending on the time of the year. The costumes of the characters will be different, which makes it a meal that you will want to keep coming back for. Make sure that it is Minnie’s Seasonal Dining that you book, because Disney Junior characters eat at Hollywood & Vine over breakfast.

Character Palooza is a true hidden gem at Disney’s Hollywood Studios. It is so hidden that you will not know where it is going to take place or at what time. Don’t think of asking a Cast Member, because they have been instructed to say that there is no such thing. Character Palooza does indeed exist, and if you can find it you will have a great time. On some nights when Fantasmic! is running, a few of the characters will gather for pictures with the fans who find them. Often the characters are ones that aren’t usually out for pictures. There is no PhotoPass photographer present, so have your camera ready. Character Palooza does not last long, and it will not be held if the weather is bad.