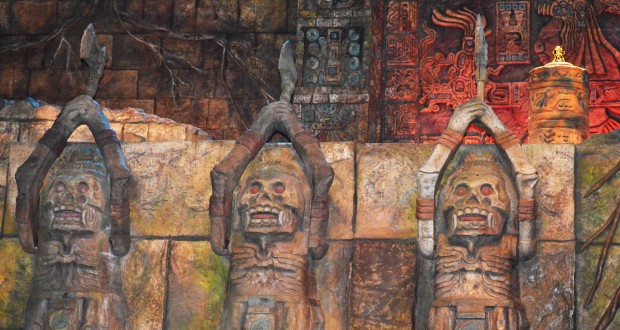 6 Of The Best Kept Secrets At Disney’s Hollywood Studios

With the new additions of Star Wars Land and Toy Story Land coming soon to Disney’s Hollywood Studios, it’s easy to get excited and overlook some of the incredible experiences that are available right now in the park. With a bunch of new secrets to be revealed on the horizon, there are some current secrets that are still being kept by Disney fans about many of the current attractions and things to do at Hollywood Studios. If you’re looking to experience everything that Hollywood Studios has to offer, here is a list of the 6 best-kept secrets in the park, to add to your must-do list.

Throughout Walt Disney World, there are a few attractions with a Single Rider Line. Other rides include Test Track at Epcot and Expedition Everest at Animal Kingdom, but at Hollywood Studios, the Rock ‘N’ Roller Coaster starring Aerosmith is the single rider line often forgotten about. With your FastPass+ selection, you’re forced to choose between Toy Story Mania and Rock ‘N’ Roller Coaster. If you end up deciding on the former, one of the fastest ways to ride Rock ‘N’ Roller Coaster is to wait in the Single Rider Line. Single riders are used to fill in the gaps on the coaster limousines where there are groups with an odd number of guests – that’s where you come in. While it’s not a guarantee you’ll get on the ride faster, it certainly increases your chances of getting through the line a little quicker.

At the Indiana Jones Epic Stunt Spectacular, you have a chance to raise your hand and take on a role as a costumed extra in certain sequences of the show. One of the best-kept secrets for years has always been the man in the Hawaiian shirt. Try to find him before he volunteers, but it’s a guarantee that you’ll see him selected to take part in the show with an unusual role. Without spoiling the reveal, it’s safe to say he gets more than he bargained for when he first “volunteered” for the role. If you happen to be visiting the park while wearing a Hawaiian shirt, maybe consider not volunteering incase there’s a case of mistaken identity.

Toy Story Mania is a definite fan favorite, since all skill levels can enjoy the games and compete with one another for the highest scores. Even the most skilled players can find certain aspects of the ride challenging. While there are lots of ways to earn points, there are some hidden secrets that will help you tally points much faster. These include things like clearing all of the little green aliens in the rocket ship to unlock a robot who will give you up to 2000 points for rings tossed into his mouth. Another secret comes from the breaking plates game with the green army men, where if both sides break the 2000-point plate at the same time, a tank will appear onscreen and launch six 5000-point plates in the air. Regardless of what strategies you choose, it takes practice and patience to achieve the truly high scores.

3. Dine With An Imagineer

Who wouldn’t want to gain some insight into what it’s like to work for Disney and some of the behind the scenes design work that goes into the parks? Your opportunity comes in the form of a lunch with an Imagineer at the Hollywood Brown Derby. Enjoying a 4-course meal in the Bamboo room, up to 10 guests dine with an Imagineer who will tell you all about what they do for Disney and answer any questions you may have about that work or about Disney Imagineering in general. It’s definitely worth the money for Disney fans to gain some insight into the inner workings of their favorite vacation spot.

As one of the best kept secrets at Hollywood Studios, the Fantasmic Dining Package is perfect for guests who are excited to see Fantasmic, but also enjoy as much time in the park as they can. For a fixed price, you can reserve a spot at the Hollywood Brown Derby, Mama Melrose’s Ristorante Italiano and different events at the Hollywood & Vine Restaurant with Minnie and Friends. Included in the price (different for each restaurant) is one appetizer, one entrée, one dessert and a non-alcoholic beverage for each person. The real bonus for the package is a VIP seating voucher for Fantasmic which is a sectioned off area of the Fantasmic seating reserved for guests with the voucher. Because it’s reserved, you are guaranteed a spot and you can show up a little later than guests who are lining up to grab the first-come, first-serve seating. For the fixed price, you get the peace of mind that you can enjoy Fantasmic without having to line up an hour before show time.

Easily the best-kept secret at Hollywood Studios is the Character Palooza. It’s an unannounced character meet and greet that occurs any day that Fantasmic is running. It typically takes place anywhere between 3pm and 7pm where 5-10 characters taking part in the Fantasmic finale will come out for a brief 20-30 minute period to meet and take pictures with guests. It’s a great opportunity to meet some characters that are rarely seen anywhere else in the parks. When visiting the park, just keep on the lookout around Echo Lake or the gates near Tower of Terror because when they arrive, the lines will form quickly.

What is your “best-kept” secret about Hollywood Studios? Let us know in the comments! 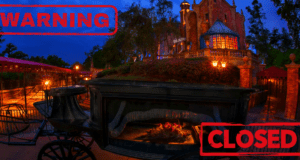