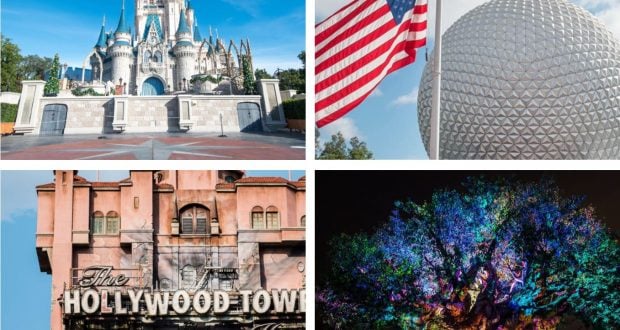 We Disney fans are a pretty loyal bunch!  We have decidedly strong opinions on absolutely everything Disney, from the best food, to the best resort, to the best – and worst! – changes made to the parks over the years.  It’s hard to have a discussion with a Disney fan without getting into a (hopefully friendly!) debate.  So, without further ado, we bring you some common Disney debates that are guaranteed to fill your next lull in conversation!

8. Changing/Removing Old Attractions to Make Way for the New

Disney guests are pretty passionate about their favorite attractions.  So when Walt Disney World inevitably makes changes, or even removes, old rides, many guests are up in arms.  Removing Maelstrom to make room for the new Frozen ride in Epcot, for example, was a much contested issue, as was the decision to oust the Osborne Family Spectacle of Dancing Lights, and there are countless other examples.  But other Disney fans are completely on board with the awesome new additions and changes (Galaxy’s Edge, anyone?) that WDW continues to make, and understand that to continue to be relevant, Disney must continue to change and improve with the times! Perhaps one of the most common Disney debates is the age-old question of which is better, Walt Disney World, or Disneyland.  This is a pretty polarizing subject among Disney fans!  Disneyland fans argue, fairly enough, that this park is the first and original Disney park, and they love this nostalgic element.  Walt Disney World fans point out that with four parks, there’s much more to do in WDW, and more space to do it in, which means exciting new expansions down the road.  Our recommendation?  Visit them both, and decide for yourself!

Magic Bands are part of what makes a Disney vacation a breeze!  They let you remove keys, tickets and even money from the equation, and they’re fun to customize for everyone in your party.  But some Disney fans argue that there’s a price for that convenience: loss of privacy.  They are uncomfortable with the Magic Band’s ability to track shopping and eating habits, and other behavior, not to mention the potential for the information contained in the Magic Bands to be hacked. Which side of the debate do you fall on? We get it, people take their food very, very seriously!  One of the most contentious topics you can bring up to a Disney fan is your idea of best and worst restaurants on property (just try writing a “best/worst of” Disney restaurants article and see how many spirited comments you get!).  Not surprisingly, people have different ideas of what makes a restaurant a winner.  Love the ambience at Sci-Fi Dine-in Theater?  Or hate the service?  Love the steak at Boathouse?  Or think you can get better steak at the Yachtsman or Le Cellier?  The debate rages on…

What time of year is best to visit Walt Disney World?  This is a complicated question with no easy answer, which is perhaps why it’s hotly debated among Disney fans.  Some guests love to book a vacation during a favorite event or holiday, to enjoy special park decorations and festivities – Halloween, Christmas, or maybe Epcot’s International Food and Wine Festival.  Other guests avoid these high-traffic times of year, and opt for off-season visits, when there are often discounted tickets or stays, or free dining plans available, but when conversely, there may be some attraction closures.  When is your favorite time of year to visit WDW? With so many fantastically themed resorts right on property, and improvements regularly being made, it’s safe to say that the debate of where to stay in Walt Disney World won’t be settled anytime soon.  Many resorts sell specialized resort-themed merchandise that can’t be bought anywhere else, so this is a great way to tell the world which resort is YOUR favorite!  So, what is the best WDW resort?  Is it the timeless elegance and luxury of the Grand Floridian?  The laid-back charm Old Key West?  Or maybe the magic of seeing your favorite characters at Art of Animation?  It’s yours to decide!

2. Alcohol in the Parks

After having long been a “dry” theme park, Walt Disney World’s Magic Kingdom now offers alcohol at several restaurants, which means that guests can indulge in their favorite adult beverages at every single park on property.  While this is obviously great news for many Disney fans, there are others who are not convinced that alcohol belongs in the most magical place on earth. So, how do you weigh in? Are you pleased to be able to grab a beer throughout your day or does the sight of inebriated guests wandering around the park detract ever so slightly from your experience at WDW? Finally, one of the most hotly contested debates among guests is: which is the best Walt Disney World theme park?  If you have a favorite park, you’ll know just how staunchly fans will defend their personal fave!  So, what makes a park better than another?  Is it the food?  The theming?  The attractions? Or perhaps the addition of amazing new lands and areas to explore? One thing’s for certain: the debate over whether Walt Disney World’s Magic Kingdom, Animal Kingdom, Epcot or Hollywood Studios wins the crown for best park is just getting started!  Happily, there’s really no need to decide on just one park – you can visit them all.