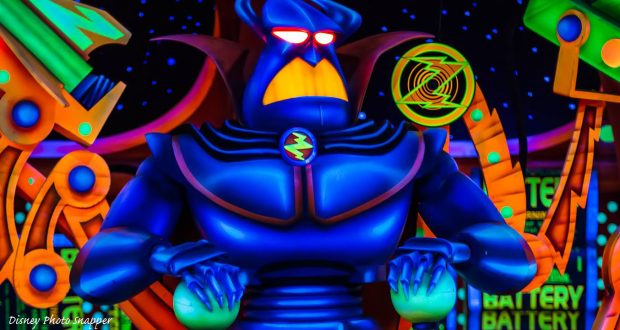 1. Get to Shoot Stuff

This is where my childishness comes out. Buzz Lightyear’s Space Ranger Spin is totally cool because the sole purpose of the ride is to shoot stuff. Scattered all around the ride are little orange and black “Z’s” (for Zurg, duh) that are your targets. Every rider gets their very own space cannon that shoots out lasers at the Z’s. The best part is that you can either have a killer strategy or just fire at random and it’s totally fine.

2. You Get an Honorary Rank

After you’re done shooting stuff, you get ranked! Don’t panic, it’s nothing too serious – unless you’ve got some competitive family members, that is. Your Star Command ranking varies from “Space Cadet,” to “Galactic Hero!” I’ve heard that if you get the highest score, 999,999 points, a cast member will give you something special, but I can’t confirm that. Keep an eye out for high, far Z’s, they’re worth the most!

For this ride, you and your crew board a XP-37 star cruiser to soar through the galaxy. These vehicles are super cool because you get to control them – sort of. They move along a track, but you get to control the spin factor with a joystick in the cruiser! It’s really fun but also can be a bit hard to control sometimes, especially while you’re trying to aim. I spent my entire childhood fighting with my cousins over who got the power.

This ride is cool because it completely immerses you into the story. The gist is that the Evil Emperor Zurg has taken over the galaxy by stealing batteries from all the toys to power his evil weapon. And Buzz at Star Command needs your help to get the batteries back and capture Zurg! Way fun. Before you even get on your cruiser, you feel like you’re in Star Command headquarters, AKA the line. I love the rides that make you a part of it – this one definitely does.

Part of the story is that Buzz Lightyear himself is waiting for you at the front of the line to give you your Star Command orders. This is a life-size animatronic Buzz that moves and talks and gives you orders. You can hear him from the moment you walk into the building, but it’s super cool to get up front and have him talk to you.

I love the Tomorrowland Transit Authority Peoplemover anyway, but one really cool thing is that from that ride, you can see this one! One of the scenes that you pass on the Peoplemover is actually an overhead view of one of the blaster rooms. This is very quick, but still super cool. I never notice the Peoplemover from Buzz, but that’s probably because I’m so focused on beating my cousin. This view also gives you a sneak peak at some of the big point Z’s!

This ride is just fun to look at. Everything in this ride is bright, and colorful, and something to take in. I love that Buzz’s Space Ranger Spin feels like an extension of the movie – or, a game that Andy is playing. Everything is oversized and has toy elements to them. It’s very Disney. There’s even some black light action – that was always super cool when I was a kid.

Many Disney rides have this feature: a picture at the climax of the ride with a blinding flash that makes you question your sanity. But this one is actually really fun. This picture comes in one of the many rooms as you’re shooting down Zurg. The best part of it is that even though you know it’s coming somewhere, everyone always forgets because they’re so focused on aiming. So most of these pictures have guests with scrunched up faces and tongues sticking out. They’re awesome. 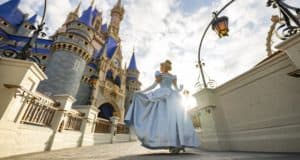