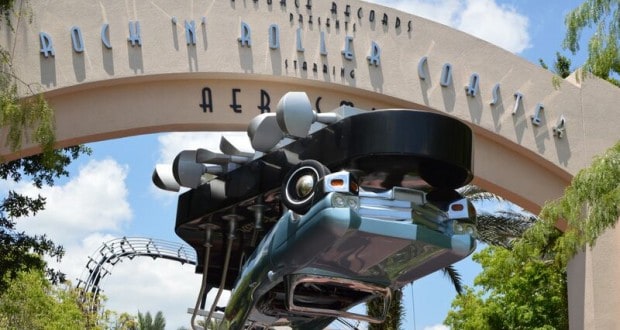 The Walt Disney Company has big plans for Disney’s Hollywood Studios. It was announced back in August that two new lands are in the park’s future. One new area will be an 11 acre expansion based on Toy Story. The second land will be 14 acres, and will take guests deep inside the Star Wars saga. Even the park’s name is going to change, although the new name has not yet been revealed. With all the news about the future, many people wonder about the present. Since Walt Disney World tickets are expensive, some visitors think that maybe now is a good time to skip this park and spend time doing something else. If you don’t make Disney’s Hollywood Studios a part of your next trip to Central Florida, you’ll be missing out. Here are six reasons why.

One thing to remember, several rides and attractions have closed over the past year or so with very little notice. Not too many attractions are safe at the moment. Unless it is a big name ride or associated with one of the new lands, your favorite might not be safe. You should plan your trip quickly, just to make sure you can experience it one last time.

Since Disney’s Hollywood Studios currently celebrates the Golden Age of Hollywood, you can expect to see some quality entertainment. Citizens of Hollywood greet you in various places in the park. You can see live action and learn movie making secrets at Indiana Jones Epic Stunt Spectacular. Voyage of the Little Mermaid and Beauty and the Beast-Live on Stage will take you deep inside two classic Disney films. Anna and Elsa fans will want to see For the First Time in Forever: A Frozen Sing-Along Celebration, and preschoolers will love Disney Junior – Live on Stage!. Fantasmic! is the perfect way to end the day. Catch the shows at Disney’s Hollywood Studios while you can, because they might not all be safe.

One ride that is definitely safe is Toy Story Mania. It’s a ride that is fun for the whole family. Guests play carnival-style games, with the help of characters from the Toy Story movies. The indoor queue will bring back memories of childhood for most adults. Toy Story Mania is one of the most popular rides at Walt Disney World, so get in line immediately if you didn’t make a FastPass+ reservation.

If you’ve only ridden Star Tours – The Adventures Continue once, you haven’t really ridden it. There are currently over 50 ride combinations, making each ride different. You’ll board a Starspeeder 1000 and put on your flight glasses. Your pilot may come as a surprise. You will visit two different worlds each ride, and some Star Wars characters will make appearances. The line for Star Tours – The Adventures Continue moves quickly and contains a few surprises as well. If you plan to ride over and over again the wait is usually shortest first thing in the morning or the last couple of hours of the day.

1. The Twilight Zone Tower of Terror

Many theme parks have drop rides, but how many of them take you deep inside a haunted hotel? With The Twilight Zone Tower of Terror, the story is half of the fun. The late Rod Sterling explains that in 1939, five hotel guests boarded the elevator. Lightning struck, and they were never seen again. You will then board the elevator for a wild ride of your own. The drop is 13 stories, but the best part is that the sequence is random. You will never know if you’re about to drop, or if you’re going to head all the way to the top again. The Twilight Zone Tower of Terror takes thrill rides to a whole new level. It’s a good thing that it is sticking around, because Disney’s Hollywood Studios would not be the same without it.