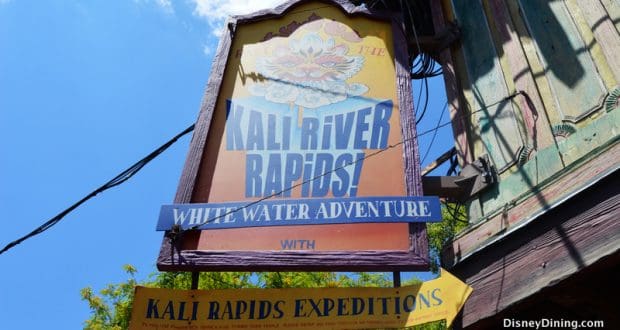 Disney’s Animal Kingdom was the fourth theme park to be added to Walt Disney World. It opened on April 22, 1998, and has been thrilling guests ever since. Area-wise it is the largest of the four theme parks, but much of that space is for the animals so you don’t have to worry about walking all of it. Here are six reasons why we love going to Disney’s Animal Kingdom over and over again.

It has been years since Pandora – The World of AVATAR was first announced, and now it’s complete! Anticipation was high and Pandora has not disappointed.  While walking through Disney’s Animal Kingdom, you can feel that change is in the air. Now we have more transformation to look forward to in the future!

Character greetings add a fun touch to any Walt Disney World vacation, and at Disney’s Animal Kingdom there are plenty of characters to be on the lookout for. Pocahontas, Baloo, King Louie, Rafiki, and Flik are a few that you might want to find. If you love character meals, make a reservation for Tusker House Restaurant. You’ll meet some of the classic characters (the meal is hosted by Donald), and enjoy a buffet filled with American and African dishes. Characters are present at all three meals at Tusker House Restaurant, and the buffet is considered by many to be one of the best at Walt Disney World.

Of course at a place called Disney’s Animal Kingdom you’ll expect to see animals, and you won’t be disappointed. Go for a walk on one of the trails and take your time watching them. Head to Affection Section, where you and your kids can pet sheep, goats, cows, and more. One of the best ways to see the animals is by taking a ride on Kilimanjaro Safaris. You’ll head out into the Harambe Wildlife Reserve for a chance to see the animals in their habitats. Your tour guide knows what to look for. If the park is open late enough you can now ride Kilimanjaro Safaris after dark. The area is lit to a perpetual twilight, so you’ll still be able to see.

Live entertainment is an important aspect of all four theme parks, and there are some great options at Disney’s Animal Kingdom. There is plenty of Streetmosphere going on, so you might get the urge to dance. Flights of Wonder is a fun live show, especially if someone in your party is fascinated by birds. There are also two must-see shows, based on classic Disney movies. Finding Nemo – The Musical is not only a great show, it’s fascinating to watch because it’s easy to forget that the actors holding the puppets can be seen. You’ll find yourself watching the fish instead. Festival of the Lion King will have you singing along, and you’ll love watching the “monkeys”. You might even become part of the show. Lastly, top off the night with Rivers of Light with live performers on boats amidst amazing water screens and projections.

There are some incredible places to eat at Disney’s Animal Kingdom. Since the park features African and Asian lands, you can find food from both continents. There are also plenty of American specialties. You’ll find signature dining, fun atmospheres, vegetarian options, allergy-free menus, and what some people say is the best barbecue at Walt Disney World. Top off your dining experience with a trip to the Anandapur Ice Cream Truck. The way that the truck is painted is reason enough to stop by.

The main reason that most people go to a theme park is to find thrills, and Disney’s Animal Kingdom has one huge one. Expedition Everest – Legend of the Forbidden Mountain will take you high into the Himalayas, and you might run into a hairy local while you’re there. Expedition Everest is proof that a roller coaster doesn’t need to go upside down in order to be great. Avatar Flight of Passage is a smooth flying experience on the back of a banshee (a dragon-like creature). While it seems like any easy enough attraction to tackle, it is thrilling in the sense that you truly feel like you’re flying… much more so then you would on Soarin’ in Epcot for example. The park also has some smaller thrills. If you have little ones, don’t worry. If you can tear them away from Affection Section they will want to head to The Boneyard. Disney’s Animal Kingdom also has a different type of thrill, in the form of carnival games. They cost extra, but you could win a prize.