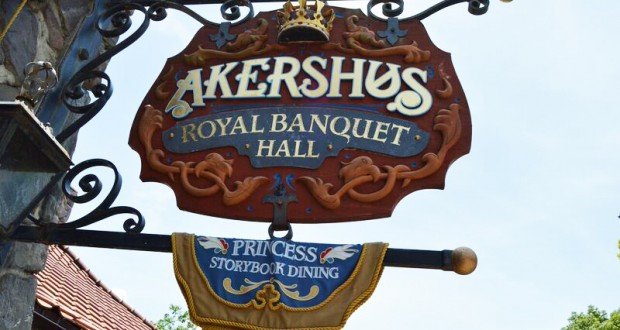 5 Things You Will Love About Akershus Royal Banquet Hall

Character meals at Walt Disney World are extremely popular. They offer plenty of good food and a chance to spend some one on one time with different characters. There are character meals served in all four theme parks, and at a few of the resort hotels. A popular character meal at Epcot is found in the Norway Pavilion. Akershus Royal Banquet Hall offers Princess Storybook Dining. Here are five reasons why you will want to make a reservation for the next time you’re in Central Florida.

One of the most popular character meals at Walt Disney World is found at the Magic Kingdom. Cinderella’s Royal Table serves breakfast, lunch, and dinner, and the reservations often all get grabbed when they become available 180 days in advance. If you have your heart set on dining with princesses, don’t worry. Akershus Royal Banquet Hall is a great alternative, and you’ll still get to spend time with your favorite princesses. While last minute reservations and walk-ups may still be difficult, if you don’t want to plan six months in advance you will still have a chance at getting a reservation.

Character meals are expensive. That said, you will be able to get your money’s worth at Akershus Royal Banquet Hall. The food is all-you-can-eat, so you won’t leave hungry. The restaurant also uses only one table service credit on the Disney Dining Plan, unlike Cinderella’s Royal Table, which will cost you two. Alcohol and specialty drinks cost extra. Remember that the gratuity is not included in most cases, so please tip generously.

Part of the reason that Cinderella’s Royal Table is so popular is because you will feel like you are dining inside of a castle. The exterior of Akershus Royal Banquet Hall may not be as impressive as Cinderella Castle (what is?), but the inside is gorgeous. You will have your castle dining experience after all. The restaurant is modeled after Akershus Castle in Oslo, Norway. There are thrones, high wooden beamed ceilings, and candle chandeliers. There are different dining areas, each with their own appeal. The interior of Akershus Royal Banquet Hall is so much fun that many frequent Walt Disney World guests no longer bother trying to dine at Cinderella’s Royal Table and will book the reservation in the Norway Pavilion instead.

All three meals are served at Akershus Royal Banquet Hall. Breakfast includes familiar items such as scrambled eggs and bacon. If you’d like to try something different you might opt for Gjetost Cheese or Dilled Salmon Gravlax instead. Since it is all-you-can-eat you might decide to try a little bit of everything. Lunch and dinner start with “A Taste of Norway”, which features Scandinavian seafood, cheeses, meats, salads, and more. Your entree choices include Pan-seared Salmon, House-made Potato and Goat Cheese Ravioli, and Oven-roasted Chicken Breast. A favorite of many is the Traditional Kjottkake, which consists of Norwegian meatballs, potatoes, vegetables, and Lingonberry Sauce. Lunch and dinner end with an assortment of Norwegian desserts known as The Royal Chef’s Dessert Plate. You’ll enjoy every bite.

If you plan to spend Thanksgiving at Walt Disney World, Akershus Royal Banquet Hall offers a special dinner for the celebration. Reservations for Thanksgiving Day go quickly, so make yours as early as you can.

Meeting a princess can be the highlight of a Walt Disney World vacation. At Akershus Royal Banquet Hall, you’ll have a chance to meet several. There are usually three or four in attendance, and they rotate, so do not make promises about who will be there to the little ones in your party. The princesses who might join you include Ariel, Aurora, Belle, Cinderella, Mary Poppins, Mulan, and Snow White. At this time Anna and Elsa do not make an appearance, and that is not expected to change in the future. They should be nearby once the construction for Frozen Ever After and the meet and greet area are complete.

2015-09-22
PaulaK
Previous: What’s Your Disney Age? Quiz
Next: 4 Walt Disney World Attractions You Should See Before They Go Away