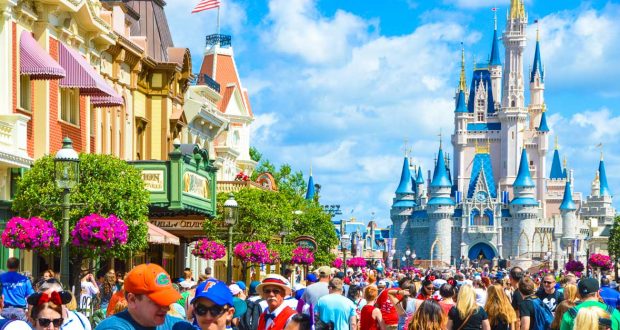 5 Secrets Walt Disney World Insiders Wish No One Else Knew

It takes a lot of work to be a true Disney insider. Countless hours of research, planning and touring (although the last part is more fun than work!). With all of that comes a lot of knowledge and insider secrets about the Walt Disney World theme parks. Over the years, many of those secrets have been shared on blogs such as this and elsewhere on the internet, leading some insiders to bemoan such secrets since those tricks aren’t so great anymore. These are the five things I wish had not gotten out (but the irony of this article is not lost on me).

The absolute best times to visit the parks are in the first and last hour of operation. These are the hours with the least amount of crowds, and the lowest wait times. You will feel like you have the park to yourself! The Welcome Show at Magic Kingdom, Let The Magic Begin, counts down to opening the park. For my family, it’s a must-do for the first day of every vacation. I love Let The Magic Begin. I don’t love the surging crowds I’ve seen lately.

4. Eat At Off Peak Hours

Walt Disney World has delicious counter service restaurants, but the lines for these places can get pretty crazy. You can avoid waiting for what feels like forever by eating a little outside the normal meal times. For example, eat lunch at 11:00 am, or after 1:30 pm, and you’ll dodge the lunch rush. My family loves Flame Tree Barbecue in Disney’s Animal Kingdom, but often there is a line before it even opens, with guests trying to get food before the “rush.” The same holds true for the sit down restaurants. If you’re flexible with your meal times, you have a better chance of finding a reservation for the in demand restaurants. Of course, that mentality has led a lot of folks to have dinner after 9:00 pm just to eat at Be Our Guest!

“When is the best time to visit?” is a question I get asked a lot by family, friends, and neighbors who know about my Disney addiction. Generally speaking, crowds will be lower when the kiddos are in school. At some point in the last several years, that “secret” leaked. I’ve noticed a definite increase in crowds during the first two weeks of December, which was once my favorite and a “best” time to visit Walt Disney World.

This is sort of a weird secret, but one that I use every time I visit one of the parks. Use the big stores (think Emporium in Magic Kingdom) as a shortcut when the streets are crazy busy (like during a parade or fireworks). I don’t know if this is a secret that has been talked about on the internet as much as it is a great idea that other folks have in the moment. Either way, I really wish no one else did this and the big gift shops could actually be viable shortcuts and not equally jammed and frustrating!

The shows and parades at Walt Disney World are fantastic, and everyone should enjoy them all at least once per trip. But some of these shows have multiple showings! The most common is Fantasmic! (Disney’s Hollywood Studios). Seeing the later of the shows is good way to avoid crowds. Families with young children are most likely to see the first showing, then leave the parks. As the night wears on, the park will thin. By seeing the second showing of anything, you’ll have a better chance of scoring a killer view. Plus, with hundreds of guests occupied with the show, the wait times on attractions will go down. The same idea holds true for the stage shows like Festival of the Lion King over at Disney’s Animal Kingdom. However, I’ve noticed that these once almost-empty runs have garnered more attendance lately. In fact, last time I saw the second performance of Fantasmic!, the Hollywood Hills amphitheater was almost full!

Sharing ideas and tips for a magical Walt Disney World vacation is easy with the internet to connect us. But at what cost? These are the tips that I love, and wish others didn’t remember or know about! Do you have a favorite secret that you wish was still a secret?

2015-11-30
Robin Swanson
Previous: 7 Things Disney Insiders Love About Shopping At Walt Disney World
Next: Is Club 33 in Disneyland Resort about to open to the public?