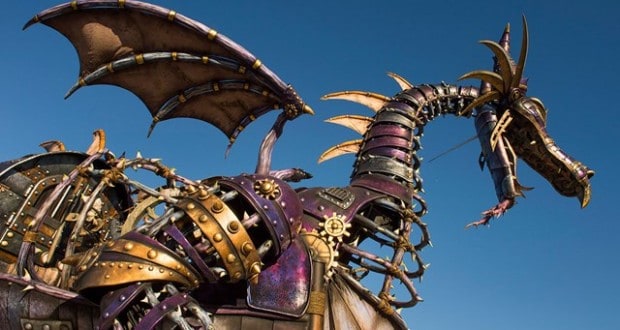 5 Newest Things To Do At Walt Disney World

Walt Disney World is an ever changing entertainment complex, keeping guests coming year after year with something new to look forward to on each trip. For those of us that frequent the parks often, we have experienced all that is new within the last year, but for those of you that haven’t been to Walt Disney World in 2014, here is an update on the 5 newest things to do at Walt Disney World.

I am so used to my MagicBand and using the My Disney Experience App by now, that I mistakenly assumed that everyone was a MagicBand expert. Introduced in early 2014 (though they were tested before that to random resort guests), they are now taking over wrists everywhere at Disney World! My friend brought her kids to Orlando for a Disney World vacation and was searching everywhere for paper ticket fast passes and thought the MagicBands were just accessories, even forgetting what pin she set for the bands for payment in the parks and restaurants. If you haven’t been to Disney World in over a year, make sure you read up on MagicBands (which hold fastpass+, hold credit card information, and act as the key to your room and more.) Some people love the MagicBand experience and some don’t like the planning it has forced onto vacations, but either way, they are here to stay!

This family friendly coaster opened at the end of May 2014 as part of Magic Kingdom’s Fantasyland expansion. Inspired by Snow White and the 7 Dwarfs, you’ll enjoy characters and music from the film. The interactive queue is a lot of fun, as you probably will be waiting in line for quite some time as new attractions are highly popular. The really neat part of the coaster is that it can be fast and thrilling, but slows for you to witness scenes from the film. My mom hates roller coasters, Big Thunder Mountain even is too much, but loved this coaster calling it “her speed.” This is perfect for kids of all ages!

It is very difficult to go to Magic Kingdom or Hollywood Studios without noticing the presence of the major hit, Frozen. At Magic Kingdom, guests are waiting hours to meet Anna and Elsa, with wait times usually at 180 minutes. The location that used to house the old Snow White attraction has been transformed to meet princesses. There are 2 sides; Anna and Elsa dominate this area, with the second that usually has Rapunzel and Cinderella. The holidays also saw a special Frozen nighttime show and the Disney Parks Christmas special was Frozen. Anna and Elsa are also featured in the Festival of Fantasy Parade. At Hollywood Studios, a special Frozen summer occurred, and while they do not have some aspects of the summer takeover, there is still a sing a long and Wandering Oakens Trading Post is still there offering merchandise and some special Frozen experiences.

The newest restaurant at Disney World made its debut in December of 2014. Featuring fresh, Mediterranean-Italian inspired dishes, this should be a big hit! Occupying the space that used to feature Kouzzina, you can find Trattoria al Forno at Disney’s Boardwalk. They offer breakfast and dinner and are accepting the Disney Dining Plan. You’ll find favorite Italian meals and you will be tempted to try something new! Reservations are highly recommended; remember that new is usually popular!

In March 2014, Magic Kingdom debuted the newest parade and in my opinion, one of the best parades I have ever seen! Over 100 performers are featured including characters from Peter Pan, Pinocchio, Brave, Tangled and Frozen. You’ll also get to see your favorite Princesses with their Princes and of course, Mickey and Minnie. This parade is a technology wonder, with swings and pendulums and an actual fire breathing Dragon/Maleficent. If you have not had a chance to catch this parade, make sure you definitely fit it in on your upcoming trip.

While 2014 had some new additions, 2015 will bring even more with the opening of most of Disney Springs at Downtown Disney. They have added a new parking garage, which will alleviate the parking nightmare that usually occurs there. We should also see expansions at Animal Kingdom as they add Pandora (though not finished until 2017), Hollywood Studios as they expand Star Wars and Epcot as the new Frozen ride is built in the Norway pavilion. DVC will also have the Polynesian bungalows and villas opening…so we have a lot to look forward to! 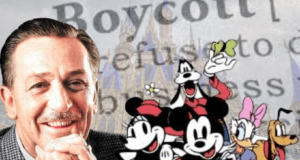