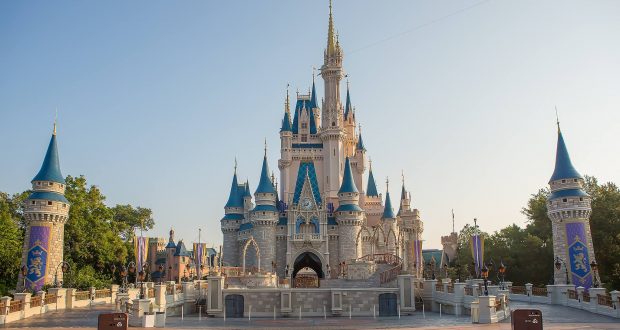 2017 At Walt Disney World In Review

It’s been a thrilling year at Walt Disney World. There have been some exciting openings, and unfortunately some sad goodbyes to a couple of classics. There has also been some great news that will make you look forward to the future. Here are some of the openings, closings, and announcements from 2017.

The much loved nighttime fireworks show Wishes ended a run of over 13 years on May 11. A brand new show, Happily Ever After, debuted the next evening. Happily Ever After combines fireworks with projections on Cinderella Castle. It’s a beautiful show that has been well received by most guests.

For years guests at the Magic Kingdom were greeted outside of the entrance with the Magic Kingdom Welcome Show. Mickey and plenty of friends would ride on the Walt Disney World Railroad and there was a quick celebration. In January, things changed. Main Street, U.S.A. now opens an hour before the official park opening, and five minutes before rope drop Mickey and the gang now welcome you in front of Cinderella Castle. It helps with crowd control.

It has been announced that a Tron coaster is coming to Tomorrowland. The ride will be similar to the one found at Shanghai Disneyland. The opening date has not been given, but it will be open in time for the Walt Disney World 50th Anniversary in 2021. It has also been announced that a new theater for live entertainment is coming to Main Street, U.S.A. Not much is known about it, except that it is based on the Willis Theater in Kansas City.

A change of a different kind took place at bag check. In January, security moved to the Transportation & Ticket Center, instead of checking bags at the Magic Kingdom entrance. For guests who don’t pass through the T&TC, bags are checked at a different location.

In January, a new Festival debuted. Epcot International Festival of the Arts took place on weekends for six consecutive weeks. It featured seminars, a giant paint by numbers, edible art, concerts featuring Broadway stars, and much more. Festival of the Arts was such a hit that it will be back daily in 2018, running January 12 through February 19.

Those looking for a drink at Epcot have a new option. Choza de Margarita opened in November. It’s a walkup location in Mexico. They sell signature and frozen margaritas, as well as beer, non-alcoholic drinks, and snacks.

There was one major closure at Epcot. On August 13, Ellen’s Energy Adventure ended its run. The good news is that the space will be used for a roller coaster based on Guardians of the Galaxy. Like the Tron coaster at the Magic Kingdom, the opening date has not been announced, but it should be running by the Walt Disney World 50th anniversary in 2021.

Other additions have been announced for Epcot. A ride based on Ratatouille is planned for France. It will be similar to the one found at Disneyland Paris. A restaurant billed as an “out-of-this-world dining experience” will be located near Mission: SPACE. A new film is coming to the China Pavilion. All should be open by 2021, but some might be sooner.

In a move that was a bit of a surprise because of the timing, The Great Movie Ride closed on August 13. It was the final opening day attraction at Disney’s Hollywood Studios, and it left a void in a park that some people claim is already pretty thin when it comes to things to do. It will be replaced by Minnie and Mickey’s Runaway Railway, which will be the first ride based on the classic couple in any Disney Park. No opening date has been announced.

An opening has been announced for another part of Disney’s Hollywood Studios. Toy Story Land is set to open Summer 2018. It will feature two new rides, a quick service restaurant, and more. The other new land has been given a name and an opening year. Star Wars: Galaxy’s Edge will open in 2019. What time of year hasn’t been said, but it was announced that the Disneyland Resort version will open first. Star Wars: Galaxy’s Edge will transport guests to the new planet of Batuu.

Speaking of Star Wars, Star Tours – The Adventures Continue has been updated to celebrate the release of The Last Jedi. There are new characters and a new scene at the end. Star Tours now totally reflects Episodes VII and VIII, but the old scenes will be added again sometime in the future. Star Wars fans will want to head to Launch Bay. BB-8 was added in 2017.

There have been some minor changes at Disney’s Hollywood Studios. Walt Disney: One Man’s Dream has become Walt Disney Presents. It features many of the same elements, and there is also a sneak peak at what is coming to the park. There is a character greeting inside, in 2017 characters have included first Moana and later Star Lord and Baby Groot.

Another change is that Muppets Courtyard has become Grand Avenue. It includes a small part of the former Streets of America section. The major addition to the area is Baseline Tap House, a corner pub where Writer’s Stop used to be.

In May 2017, Pandora – The World of Avatar opened to the public for the first time. The crown jewel of Pandora is Avatar Flight of Passage; a 3D motion simulator ride that has been described as “a combination of Soarin’ and Star Tours on steroids”. Months after opening guests will still wait in line for hours for Flight of Passage, and it’s the hardest to obtain FastPass+ selection. Pandora is also home to the calmer Na’vi River Journey. Satu’li Canteen is a popular quick service restaurant that was also one of the first to accept Mobile Ordering (which debuted and grew in 2017). Pongu Pongu serves beverages, and Windtraders is a gift shop. One of the best parts of Pandora – The World of Avatar is the theming. You will feel like you have stepped into a different world. Make sure that you visit during the day, and then again at night. It’s breathtaking.

Another major opening at Disney’s Animal Kingdom occurred earlier in the year. After several delays and even a summer replacement show, Rivers of Light officially debuted on February 17. A Dining Package is available for the nighttime show.

If you’re a fan of Flights of Wonder, you’d better head to Disney’s Animal Kingdom by the end of the year. It has been announced that the last show will take place on December 31. A new show featuring Russell and Dug from Up is supposed to open in the space in Spring 2018.

The closure of DisneyQuest was announced a long time ago, but it kept getting pushed back. The final day was July 2. It will be replaced by The NBA Experience, but it hasn’t been announced when. The long running Cirque du Soleil La Nouba will close on December 31. A new Cirque du Soleil show with a Disney theme will replace it, no opening date has been announced.

A different type of experience opened at Disney Springs in December. Star Wars: Secrets of the Empire by ILMxLAB and The VOID is a virtual reality game that sends you and three others on a mission for the rebellion.

Some new or updated restaurants opened at Disney Springs in 2017. They include Planet Hollywood Observatory, Paddlefish, and The Polite Pig. The Edison will hold its grand opening on December 31.

It was announced in 2017 that there are two new resorts on the way. A Star Wars themed hotel will take guests into a galaxy far, far away as never before. The hotel will be an immersive experience. Also on the way is Disney Riviera Resort. It will be a Disney Vacation Club property, and is expected to open in 2019.

There have been two new developments concerning transportation at Walt Disney World. Minnie Vans are already up and running. Use the Lyft app to order your ride for a set fee. Another new type of transportation was announced in 2017. Disney Skyliner will carry guests in gondolas from one of several resorts to either Epcot or Disney’s Hollywood Studios. The gondolas will feature pictures of classic Disney characters. While the opening date hasn’t been announced, work on the structures for Disney Skyliner can be seen from several places in the Epcot Resort Area.