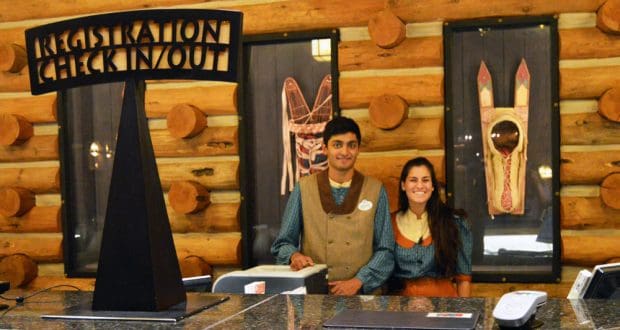 What makes a Disney vacation stand out from other travel destinations? Why, the wonderful Disney cast members of course! With so many cast members working at the Walt Disney World Resort (about 70,000 at any given time) it’s no wonder that some of them go under-appreciated. The following list outlines my top ten picks for those under-appreciated cast members, who work hard to make your vacation magical, along with some tips for how could easily go out of your way to show them some extra appreciation during your next trip.

Front desk is an almost constantly changing role with a lot of new information to learn and use during the day to day job. Between the rapidly advancing technology of Magic Bands and the My Disney Experience app as well as guest’s requests and questions, front desk and concierge cast members must always be prepared to cater to every guest’s needs.

Guest relations is where guests typically go to voice their complaints or concerns while visiting a Disney park. Cast members at guest relations will help often tired and exasperated guests find a solution to any problem they may have, be it a legitimate concern or something more superficial. While the cast members in guest relations can create the most magic for an unhappy guest, sometimes they must also handle more ridiculous claims such as having their day ruined by the rain or if a Haunted Mansion cast member didn’t smile at them. Alternatively, guest relations is also where guests can go to commend other cast members for going above and beyond expectations. Remember this next time you go on vacation and a cast member makes your visit magical! And if you do decide to recognize a cast member at guest relations, be sure to get his or her name and hometown from their nametag.

Lifeguards work outside in very hot and humid weather and watch the guests very carefully to keep them safe. You can cool off and have fun knowing that these cast members are highly trained and go through rigorous training before they are stationed by the pool. While these cast members seem like they have it easy just sitting around, they’re ready to use their skills to help at any time.

Housekeeping is a role that many guests do not see, but they cannot help but notice the work they do. You may not realize that they’re under-appreciated because you normally have a clean room, but other rooms can be a lot messier than yours, and there is a lot of physical labor involved for this under-appreciated position.

Parking Attendants are often taken for granted, mainly because you only see them while parking or taking a tram, but they can have one of the toughest jobs in Walt Disney World. They stand out in the hottest part of the park, while directing hundreds of guests where to park safely and efficiently, and also making sure guests are safe while walking through the lots.

While many Attractions cast member can seem under-appreciated, I think that Fastpass, stroller parking and attractions cast members who work crowd control deserve special recognition. These positions can carry a lot more responsibility simply because they have the potential to deal with large amounts of guests while doing repetitive tasks. Show cast members have the extra responsibility of handling loads of hundreds if not thousands of guests for some shows and keeping them all safe, they also have to coordinate and time the shows for the characters onstage. Fastpass and Stroller Parking tend to handle the sometimes more exasperated and short-tempered guests. Everyone has had that moment where they cannot find their stroller or miss out on a Fastpass, and these cast members can help you find them or fix any problems you have.

As I’ve said before on this list, some cast members can handle some unruly guests, but Character Attendants arguably see the worst out of all others. Character Attendants accompany characters to their meet and greets, handle lines, take pictures, and escort them to and from their locations. Being in control of such popular characters, they tend to have to make tough decisions on cutting lines for characters’ breaks, and having to deal with the upset guests on the wrong side of the line. Of all the roles, character attendants are probably the most abused and insulted cast members, so if you have a good time with a character, be sure to thank the attendants as well, they’ll really appreciate it!

Transportation cast members are probably the most disconnected of the roles in Walt Disney World, but they do have a very necessary job. Getting you to and from places across the huge property that is twice the size of Manhattan is no easy task. Whether you take a bus, boat, or a monorail to where you want to go, be sure to thank the cast members who take you there, and show them the same courtesy they show you while safely getting you to your destination.

While custodial cast members are not responsible for the deep cleaning of the park (there’s a third shift after park closing that takes care of that) they do keep everything clean during park hours. In addition, custodial cast members are responsible for acting as a sort of mobile guest relations, answering guests questions out and about in the park. They’re like the ninjas of the parks, they clean and help guests but you don’t even realize they’re there most of the time. 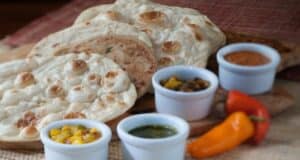 Indulge in the Best Bread Options in Walt Disney World!