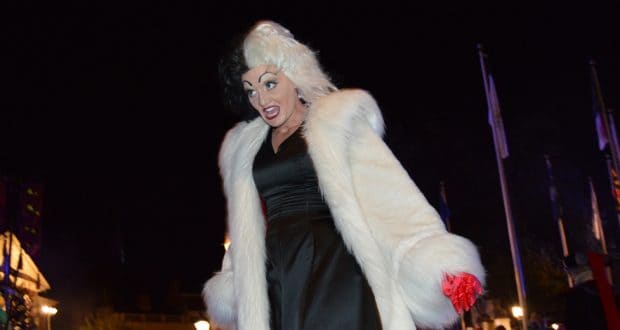 Maybe they were the reason you had to sleep with the closet light on and the door open, or maybe you have always had a soft spot for just how deliciously evil they are. Regardless of where you fall on the spectrum, these 10 facts you may not know about these devilish fiends are sure to entertain!

If the voice of that slippery snake who tried to charm Mowgli into being his dinner sounded familiar, that’s because it was Disney Legend Sterling Holloway! Not only did he voice everyone’s favorite teddy bear, Winnie the Pooh, but he was also the voice of the Cheshire Cat in “Alice in Wonderland”!

9. Prince John and King Richard from “Robin Hood” were voiced by the same man!

I suppose it would make sense for brothers to have a similar voice, but could there BE more polar opposites than these two? The lions were actually voiced by two-time Academy Award winner Peter Ustinov! This wouldn’t be the last time he played a Disney rogue, but his next venture would be opposite Disney sweethearts Dean Jones and Suzanne Pleshette as the title character in “Blackbeard’s Ghost”!

8. You can know meet one of the newest Disney Villains at Disney’s Hollywood Studios.

The coldblooded Kylo Ren is now a fixture at Disney’s Hollywood Studios. If you want to see this ruthless jedi nightmare face to face, head over to Star Wars Launch Bay, but be sure to keep your defenses up. This First Order warrior may try to sway you to the Dark Side….

7. The Disney Villains are branded as their own franchise!

It’s quite lucrative to be a Disney Villain these days. There are so many fans of the baddies that Disney decided to go ahead and build a whole merchandise line around them! They even have a sub-line devoted to the evil ladies of the group called “Disney’s Divas of Darkness”! You can find much of this merchandise at Villains in Vogue, a store at Disney’s Hollywood Studios!

6. They have their own character dining experience at Disney’s Hollywood Studios!

If you can’t get enough of these mischief makers, you could be chillin with the villains at Disney’s Hollywood Studios. At Club Villain, some of your favorite fiends sing and dance, while you dine on devilishly delicious cuisine. They even serve villain-inspired cocktails that are so good, it’s criminal!

5. So… Who wants to be a Villionaire?

The Disney Villains have their own version of the popular ABC game show “Who Wants to Be a Millionaire”, and YOU can play it right now! All you have to do is go to Disney’s official website and play from your computer or mobile device! The villains take turns being host and you even have the option to “Phone-a-Fiend”! When I played, Captain Hook was my host and all of the questions were about that “scurvy brat” Peter Pan. When I won the villion dollars (I know! I’m so proud!), my prizes were a printable villion dollar bill (with Captain Hook on the front, of course) and a limited edition wallpaper! It’s definitely a fun little break from the work day!

4. They have their own musical revue aboard the Disney Dream!

If you have taken a cruise on the Disney Dream in the last few years, you’ve probably had a chance to see these singing scoundrels take the spotlight in their own show! The plot revolves around Hades’ discovery that he might not be king of the Underworld for much longer, so he enlists the help of the baddest of the bad – his fellow Disney Villains. Helping him in his evil endeavor are Ursula, Cruella De Vil, The Evil Queen, Captain Hook, Scar, and Dr. Facilier. It includes eight new songs and fresh spins on a few classics. Can we get this in the parks too, please?

3. Walt gave the devils their due in “Our Unsung Villains”.

Walt believed the villains were as necessary as the heroes in the storytelling process, so in 1956, he gave them a chance to enjoy the spotlight. In “Our Unsung Villains”, Walt even handed over his hosting duties to the Magic Mirror! The Big Bad Wolf, The Evil Queen, Captain Hook and Brers Fox and Bear were showcased on this episode, and the show was remade about 20 years later to let even more villains bask in the limelight.

2. One of the most famous villainous voices almost never happened.

Eleanor Audley was the voice of TWO of the most reprehensible villains in the Disney realm – Cinderella’s evil stepmother and Maleficent. When she was first offered the role of Maleficent, she initially turned it down, much to the surprise of everyone involved. It turns out she was battling through a bout of tuberculosis and didn’t want to hold up production because of her illness. Thankfully, she reconsidered, and one of the scariest baddies in Disney history was born! I doubt anyone could have yelled “YOU IMBICILES!!!!!” as ferociously as she did!

1. Angelina Jolie was a fan of Maleficent before playing her in the live-action movie.

In Disney’s “Maleficent”, Angelina Jolie allowed us to see a side of the title character we’ve never seen before. Jolie was excited to tell the true story of the “evil” fairy because she had always loved the character. “Since I was a little girl, Maleficent was always my favorite,” she said during a promotional event for the film. “I was terrified of her, but I was also drawn to her. I wanted to know more about her. She had this elegance and grace, yet she was wonderfully, deliciously cruel.” Her own daughter even played young Aurora in the movie because they knew she wouldn’t be afraid of Jolie’s costume and makeup during filming! 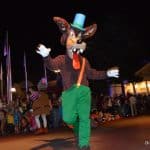 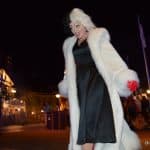 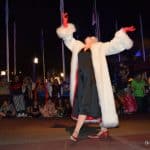 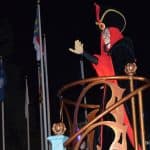 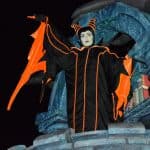 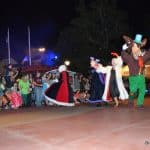 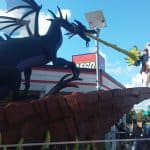 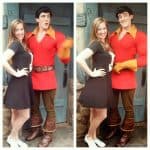