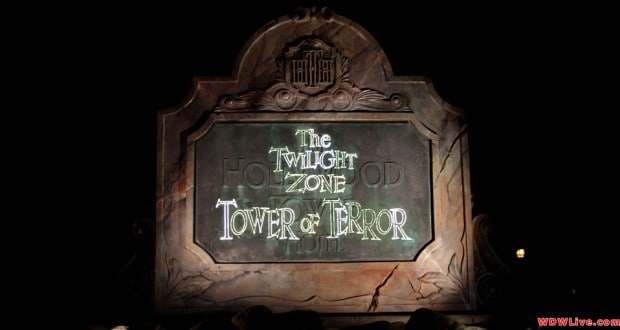 10 Things To See, Do, Explore And Eat In Disney’s Hollywood Studios

We have all heard that major changes have been going on at Disney’s Hollywood Studios and there are some really exciting things on the horizon, like Toy Story Land and a Star Wars themed area. Although we hate to admit it, it does sadden us to see some of the old favorites go. But, with the closures comes new and exciting changes so even while under construction we can remains excited about these amazing things to see, do, explore and eat in Hollywood Studios right now!

Hollywood Boulevard and Sunset Boulevard are streets that you absolutely must wander down and explore. There are countless shops to peruse and pick up some souvenirs, such as Keystone Clothiers, Cover Story and Beverly Sunset, but keep your eyes peeled for one of the best and often unnoticed attractions in this park, the Citizens of Hollywood. Improv acting troupes bring the glory days of the silver screen to life through hilarious skits that involve the audience. It’s all completely improvised so you never know what you’ll see, and you’ll never see the same show twice! Shows occur throughout the day at undetermined times so be on the look out for citizens who look like they just stepped out of a movie and into the park.

Here’s your chance to meet Sorcerer Mickey! Mickey sports his classic Fantasia outfit while Minnie is dazzling in her red carpet best. We love this spot for great photos, autographs, and typically short wait times!

Walt Disney Presents (formerly Walt Disney: One Man’s Dream) had a face lift! Walt Disney Presents continued to offer guests a chance to view the history of Walt, but now has the addition of a space for guests to preview what’s on the horizon. Models such as the Toy Story Land, Star Wars: Galaxy’s Edge, and even Mickey and Minnie’s Runaway Railway attraction are available to preview. We’ve always loved this informative collection of memorabilia, designs, and historical models about Walt. Now we get to experience the past, present, and future of Walt Disney! It’s rarely crowded and provides a great way to cool off as it is totally air-conditioned.

Rock ‘n’ Roller Coaster starring Aerosmith is an exhilarating ride that twists and turns at high speeds as you’re whisked away in a super stretch VIP limo to the Aerosmith concert. The thrills start immediately as you take off like a rocket at 60 miles per hour. This is arguably one of the most intense and most fun roller coasters on Disney property.

Toy Story is one of the top attractions at Hollywood Studios, which is evident by its long wait times. It is a 4D ride that is an interactive carnival style shooting game. There are five different games on the ride and each one is a race to see who can rack up the most points. There are tons of hidden secrets that can yield big time points, so be on the lookout! This is one ride you’ll want to ride over and over again.

This is another attraction that you’ll want to ride a couple times, at least. This 3D simulated ride explores the world of Star Wars, and has over 50 story combinations!. You may also come face to face with Yoda, Princess Leia or even Darth Vader. If you’re a fan of Star Wars, or just can’t wait for the new land to open, take a few rides and have a unique adventure every time.

The Hollywood Tower Hotel was forced to close its doors after a mysterious incident in 1939, but thanks to The Twilight Zone, we can take the service elevator and travel to the 5th dimension to explore the hotel and experience one of the best thrills Disney has to offer. Each time you ride theTower of Terror your experience is different. You never know when your elevator will shoot up, or suddenly drop 13 floors. Take the time to explore the details in the abandoned hotel lobby, you may notice that the Imagineers found some of their inspiration from episodes of The Twilight Zone.

This is a wonderful package that combines amazing food and the nighttime spectacular show Fantasmic. With this package you can dine at Hollywood and Vine, Mama Melrose’s Ristorante Italiano, or The Hollywood Brown Derby, and receive a VIP seating voucher for Fantasmic. The dining portion of the package includes an appetizer, entrée, non-alcholic beverage and dessert. And there isn’t a better way to finish your day at Hollywood Studios than by the water/firework/visual and musical spectacle that is Fantasmic.