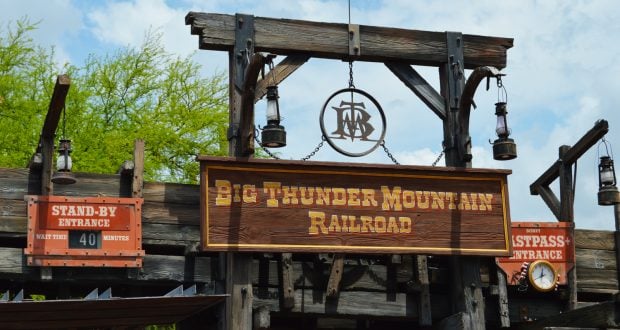 Big Thunder Mountain is one of the most exciting and thrilling classic rides at Walt Disney’s Magic Kingdom. Guests can jump aboard a mine train that hurls and dips and rushes through the abandoned gold mining town. There are so many things to see throughout this wild ride that you’ll have to ride it a number of times before you can see it all. This attraction has a rich history and many secrets, so here is our list of 10 facts and secrets about Big Thunder Mountain at Disney World.

Big Thunder Mountain was originally conceived in the early 1970’s by Imagineer Tony Baxter, but it didn’t officially open at Walt Disney World until November 15 1980. It was first put on hold because of the construction of Pirates of the Caribbean, only to be put on hold a second time in 1974 due to the construction of Space Mountain. Big Thunder actually opened in Disneyland a year before it opened in Disney World. All together, this attraction took 15 years to plan, and we think it was definitely worth the wait!

We all know Disney loves to place Hidden Mickeys throughout the attractions for guests to find and Big Thunder is no exception. There are classic Mickeys in the queue and also once you begin the ride. Early on in the ride, you’ll slowly climb through the mountain and through the caverns. Look to your right and down into the caverns, you should spot a classic Mickey.

Western River Expedition was a planned attraction for Magic Kingdom. It was to be a boat ride adventure through the desert, but the project was put on hold even though many props and animals had already been built for it. Many of those animals and props ended up being used in Big Thunder Mountain. Part of the plan for Western River Expedition involved an attraction called Thunder Mesa, which had a runaway mine train. Sound familiar?

Big Thunder Mountain has six trains that take guests on this wild adventure, and they each have their own name. They are, I.M Brave, I.B Hearty, I.M Fearless, U.B Bold, U.R Courageous and U.R Daring. It’s a fun little detail to take note of as you board your train.

This is one ride at Magic Kingdom that you need to ride both during the day and at night. This rollercoaster takes on a whole new atmosphere at night, and there’s even a few things you’ll see during a nighttime ride that you won’t see during the day. If you ride at night, keep an eye out for the windows lit up at night, you might just see some people having a party!

Disney is well known for extending a great deal of detail and story into their queues, and they have done that with the queue for Big Thunder, but they have also added an interactive element. Guests can take part in the mining of Big Thunder Mountain by setting off ‘explosives’ while they wait in line. When you find yourself in the Explosives Magazine room look for the instructions for how to trigger the explosions and see what happens!

Not only are there Hidden Mickeys in this attraction, there’s also a Hidden Tinker Bell. As you exit the ride, look to the rocks on your left. You’ll see a in the rocks, a silhouette of Tinker Bell, you should be able to make out her wings and the rest will become clear!

By the time Big Thunder Mountain opened the total cost of the attraction was equivalent to that of building all of Disneyland in 1955.

In the second queue room there is a birdcage that hangs overhead. It would seem as if the birdcage is there because canaries were taken into the mines to test the air quality, but we all know Disney doesn’t just put any old prop into their attractions. This birdcage has the name Rosita on it. Rosita is a bird that Jose mentions in The Enchanted Tiki Room. Jose wonders where Rosita is as the birdcages descend. When the Big Mountain queue was re-done in 2013, the birdcage with Rosita’s name on it appeared, so I guess we now know what happened to her!

As you wait in the queue to board this wild ride, take note of the portrait of the founder and president of The Big Thunder Mining Company, Barnabas T. Bullion. This painting is actually a nod and a wink to Tony Baxter, the Imagineer who is responsible for contributing a great deal to the creation of Big Thunder Mountain. We absolutely love this attraction and love that Disney pays homage to their Imagineers in such creative and fun ways. 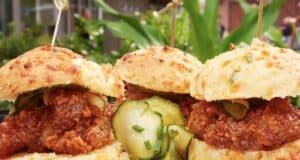 Eat This – Not That in Walt Disney World My Happy Spots in the Walt Disney World Resorts 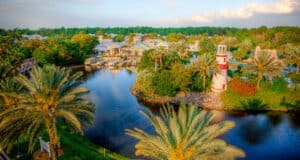