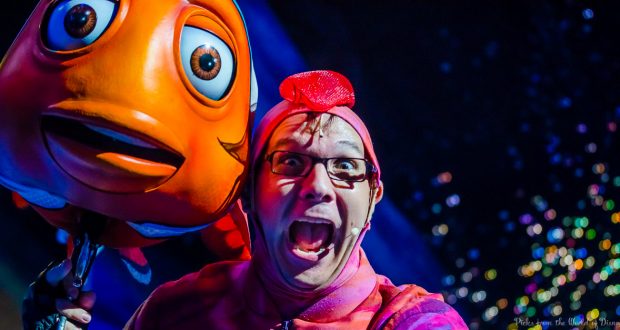 10 Attractions Your Toddler Will Love At Walt Disney World

Who says there’s nothing for kids to do at Walt Disney World’s Epcot?  Toddlers will love Walt Disney World’s Frozen Ever After (which uses the same basic route as Maelstrom, the Viking ride it replaced in the Norway pavilion).  You’ll float through Arendelle and meet Elsa, Anna, Olaf, Sven, Kristoff and other Frozen characters, as they come to life using utterly realistic animatronics to sing all of your favorite tunes from the hit movie.

This attraction has one of the longest lines in the Magic Kingdom, but if you’re able to snag a FastPass+, this is a perfect choice for your toddler.  There are no height or age restrictions, and the attraction takes you on a gentle ride over London to Never Land, as you enjoy scenes from the movie from the comfort of your pirate ship.  This is a beautiful and magical ride, with enough to keep toddlers engaged even if they haven’t seen Peter Pan!

This classic Magic Kingdom ride allows you to fly with Dumbo as you relive the iconic 1941 Disney film.  Guests can choose how high they want Dumbo to fly by moving the control inside the ride vehicle, to create their own customized ride experience.  Plus, there’s no need to line up for this ride, even without a FastPass+!  You’ll get a pager that holds your place for you, leaving you free to relax in the seating in the air-conditioned circus tent while your kids play on the playground (which even includes a toddler area).  We can’t imagine a more toddler-friendly attraction!

This attraction in the Magic Kingdom is as much fun as it looks.  While your toddler won’t be able to drive solo, as long as she’s 32 inches tall, she’ll be able to ride with someone who’s at least 54 inches tall.  And even though the cars travel at a safe speed of only 7 miles an hour, your little one will be absolutely thrilled at being behind the wheel of a car!

This guest favorite in Animal Kingdom is a must-see for everyone visiting Walt Disney World.  All heights and ages are permitted on this 20 minute safari at the Harambe Wildlife Reserve.  The reserve is huge – bigger than the Magic Kingdom itself! – and you’ll really feel like you’ve escaped to Africa for a safari adventure.  Little ones and adults alike will be captivated by getting up close and personal with animals like hippos, crocodiles, elephants, giraffes, rhinos, and more.

This show in Walt Disney World’s Animal Kingdom tells Nemo’s story on stage through music, and it’s simply magical!  It’s the most elaborate of any Disney stage shows we’ve seen.  With original songs and some truly magnificent puppets (Crush is as big as a car, while Nigel the pelican is so huge, he almost touches the roof), you and your toddler will fall in love with the colorful sea creatures and reconnect with favorite characters from Finding Nemo.  Plus, it’s inside, and air-conditioned!

For more Finding Nemo fun, head to Walt Disney World’s Epcot to the Turtle Talk theater.  Here, you and your toddler can watch an entertaining and educational 15 minute question and answer session with Crush himself!  He’ll tell you all about the real creatures that live under the sea with Nemo.  You can even ask Crush a question, and he’ll communicate directly with you, and even call you by name!.  And because the show is improvised, it’s always different, so there’s always something new to discover.

With no height restriction at all, Toy Story Mania is a great option for families with toddlers.  Even if your little ones aren’t interested in shooting the 3D characters and objects you’ll glide past, there’s more than enough to see and hear to keep them mesmerized throughout the ride.  Plus, we love the larger-than-life toys you’ll see as you walk through the queue – they’re fun for kids, and a nostalgic treat for adults!

When you’re looking for a break from the theme park rides, why not stop to enjoy one of Walt Disney World’s magical parades with your toddler?  There are plenty of parades to choose from, of course, but we love the Disney Festival of Fantasy Parade, which happens every afternoon in the Magic Kingdom.  Your toddler will marvel at the huge, colorful floats featuring their favorite princes, princesses, villains and classic Disney characters.  Plus, there are dancers and performers on stilts and swings – and of course, a fire-breathing dragon!  This parade may just make your toddler’s day.