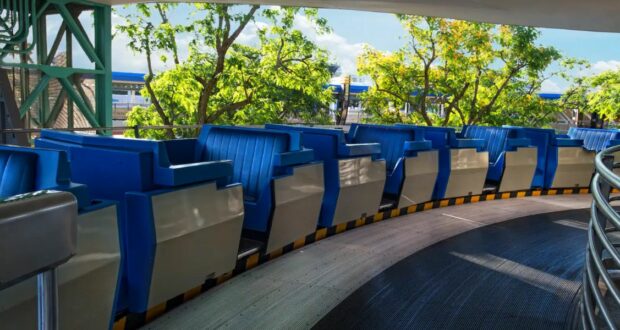 We previously shared the tragic news of an 83-year-old man who died after riding the iconic Tomorrowland Transit Authority PeopoleMover attraction at Walt Disney World Resort’s Magic Kingdom Park. Now, the widow of the deceased man is speaking out.

The elderly man suffered a “cardiac event” after riding Magic Kingdom’s Tomorrowland Transit Authority PeopleMover on September 25, 2022. Sadly, at the attraction’s exit, it was learned the man had lost consciousness and later died at the local hospital.

The Palm Coast resident was enjoying a Disney vacation with his family at Magic Kingdom. After visiting the Tomorrowland portion of the Disney Park and taking the calming 10-minute tour of Tomorrowland aboard the mass transit system known as PeopleMover, the cardiac event occurred.

The widow is now speaking out about her deceased husband, Joseph Masters. She recently shared in a report from Orlando Sentinel that despite being 83 years old, Joseph was “like a little kid in a candy store” when visiting Walt Disney World.

The widow, Alice Masters, goes on to share, “I tell everybody now that my husband died in his happy place because he loved Disney.”

Joseph Masters was among twelve people listed in a report of those injured on Walt Disney World Resort and Universal Orlando Resort rides from July through September in a state report released on October 18, 2022.

Masters reportedly has a “pre-existing heart condition” that led to the “cardiac event.” Alice Masters said her husband had had a pacemaker since July. She was riding on the PeopleMover attraction with Joseph when he lost consciousness. She then flagged down Disney Cast Members for help when he fainted.

Alice Masters notes that the Disney Cast Members and firefighters were “wonderful” in responding to the medical emergency. They were quick to help Masters and shut the ride down to provide the family privacy. Furthermore, Disney paid for the family’s taxis to the hospital.

The widow shares that Masters’ last words were, “Here we go,” as the Disney attraction picked up a bit of speed.

According to Orlando Sentinel, “Masters was an Army National Guard veteran and volunteer firefighter who enjoyed riding motorcycles, spending time with family and visiting Disney World. He is survived by his wife, two children and two granddaughters.”

Our thoughts are with the Masters family during this difficult time.