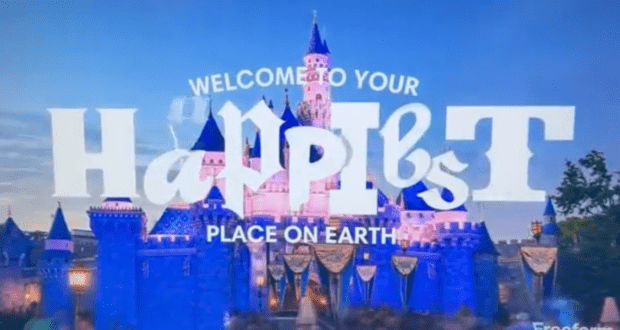 “What are the Side Effects?” Fans Poke Fun at Disney Ad

We’ve all seen those commercials with the verbal fine print. They are usually medication ads or ads for legal services. You know, the ones where you hear a claim too good to be true, and then an announcer starts speaking so fast you can’t understand a word they’re saying while teeny tiny words fly across the scream at lightning speed. It seems Disney has been inspired because the most recent Disney ad sounds more like a bait-and-switch “gotcha” than an exciting offer. Fans everywhere noticed.

The ad for Disneyland Resort starts nice enough with big, bold lettering saying, “Welcome to your happiest place on Earth.” then the screen shifts to even bigger lettering that says, ” Make every visit your happiest $104.” That’s where things start to go south. The words start flying by at a pace very few could understand. Here, listen for yourself:

Tried and true Disneyland fans would know this is deceptive advertising from the claim that a ticket is $104/ day alone. However, even novice would-be guests can see something isn’t right by the “as low as,” written much smaller. That’s never a good sign in advertising (trust me… I used to do it for a living). The legal disclaimers, though, are really what set this commercial apart from a typical Disney ad.

A Disney ad is usually full of happy images with families smiling and laughing while emotional music plays in the background. It is a tug on the heart strings with no mention of price. That brand of advertising has worked for Disney for a long time. I have been countless times and those commercials still make me cry and run to my bank account to see if I can go again. This one though, feels very different.

As I said, I used to be an advertising professional so this departure from their standard is jarring for many reasons. The first being the disclaimer– I want to be sold an unforgettable experience not thinking of pharmaceutical side effects. Second, bringing price into the mix isn’t a smart move for Disney. No one is under the illusion that a Disney vacation is cheap. They make their money when they convince people not to care about the cost.

Twitter (as it so often is) was absolutely merciless. One fan blamed former CEO Bob Chapek.

Another made a very good point saying that Disney was at least letting people know this isn’t an easy process:

Still yet another made a hilarious joke about medical ads (and long Lightning Lane wait times):

Others pointed out how riddiculous all of the disclaimers for the advertised price were:

Several others also made references to medication advertisements: 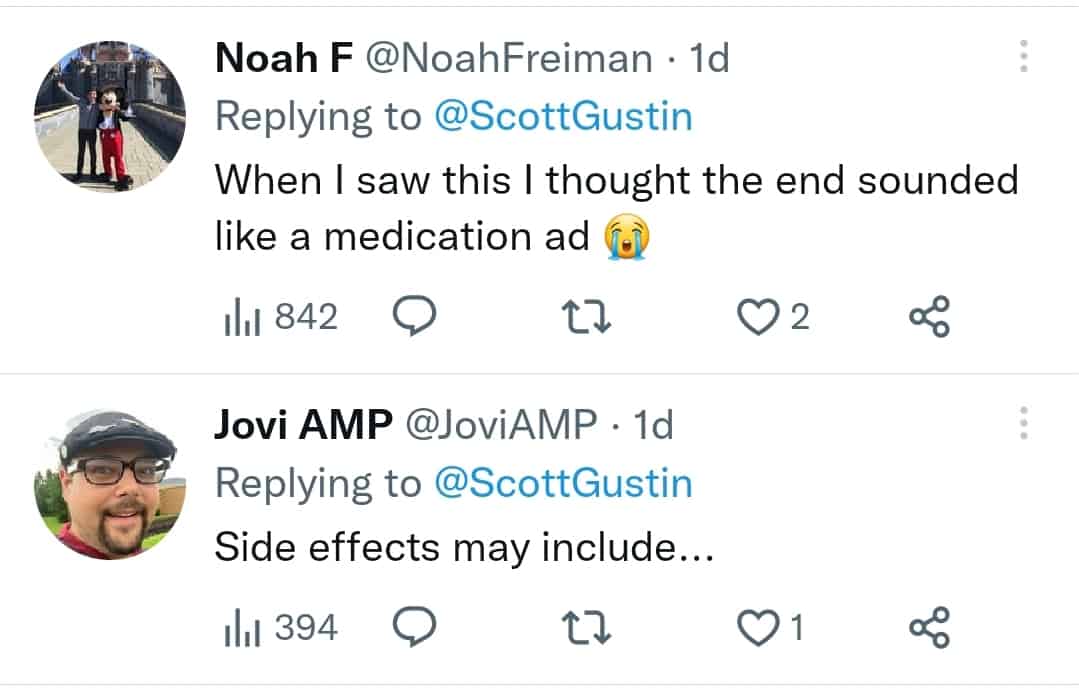 And last but not least (because the comments went on and on) another pointed out thenabsurdity in the ad by asking if it was sad that they could understand it. Their point being that a Disney ad you have to struggle to understand is a far departure from what it ought to be.

We hope Disney is paying attention to feedback because this is just the sort of thing guests claim is “ruining the magic.” Time will tell but we hope to see Disney ads that make us cry happy nostalgic tears again soon rather than a co founded “wait…what?”

2022-12-27
Jill Bivins
Previous: What the World Needs in the New Year is More People Like Tim Allen
Next: Disney World Travelers Are In For a BIG Shock This Week