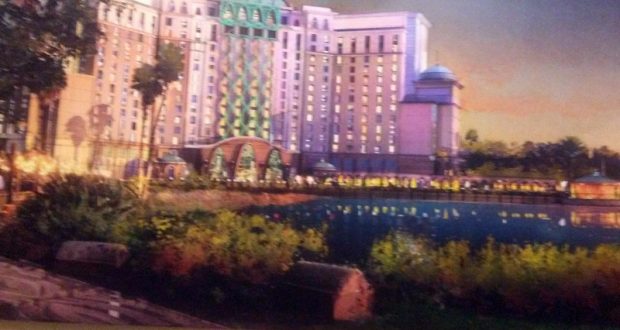 There are so many changes coming to Walt Disney World in the next two years that it’s hard to keep track of them all. Most of the major changes were announced at the D23 Expo back in July and they all sounded amazing! Everyone heard the rumors about the rides and parks but the hotel updates completely took most people by surprise. I had heard rumors of an overwater restaurant coming to Coronado Springs but all of a sudden, things were added onto the construction. A club level tower at a moderate resort? Really? Please show me! So, I flew down for a few days to investigate and after wandering around a mostly desolate hotel because Irma was about to hit I found the jackpot. Plans and pictures were posted in a very tiny private room in the convention center portion of the hotel which was not open at the time.

We wanted to make sure we got a proper feel for the whole hotel so we stayed in all three sections on our three -day trip. Ranchos was our first stop and while it was very nicely desert themed it was a very far walk to El Centro which is the resort’s center. Next, we moved onto the Cabanas section, it was heaven. Cabanas is close to both El Centro and the pool area. While it was also located next to some somewhat loud construction the newly renovated rooms made it worth it all. We had a double sink instead of a single, hardwood floors instead of carpeting, as well as other details that made it feel very luxurious for a moderate hotel. We were never supposed to be there the extra night that we stayed in the Casitas section but thanks to evacuation traffic and a missed flight we got our room comped by Disney the last night because we were stuck (thanks Disney!). There is a lot of construction also going on in Casitas because they are currently renovating the rooms in this section. Our room was nice and located close to El Centro and the convention center but a long walk from the pool. If you are there for a convention than Casitas is where you want to be.

We enjoyed another night out on property and decided to see if we could tour the convention center even though it wasn’t open. We took a chance and popped the door open to ask a cast member if we could walk around a bit and they told us it was fine, Yes, we were in! I was so excited to have the place to ourselves to explore and I knew this is where the plans were. Now, I have to explain that those plans were not an easy find and I don’t suggest going into a building without asking a cast member first. We got very lucky and I had to really pull a few strings but having basically the run of the land was fabulous.

First of all, I have to add that if you are staying at Coronado Springs during the construction they give guests an exclusive “Three Caballeros” pin collection that cannot be purchased anywhere so it’s a nice bonus.

The following pictures are of the concept art for the new construction at Coronado Springs. I realize a few of these may have been posted before but I have never seen these as well as the model posted anywhere so we were very thankful to see it firsthand and I am very thankful to be able to share it with everyone.

The new expansion at Disney’s Coronado Springs Resort is going to include a 15-story tower that will add 500 rooms. These rooms will feature suites and concierge level services. The resort is also currently in the process of refurbishing all of the resort rooms and totally transforming its landscape with floating gardens and an island that will connect the entire resort through a series of bridges.

The new tower will overlook Lago Dorado, the resort’s centerpiece lake, and will allow guests to experience rooftop dining with panoramic views of popular nighttime fireworks from nearby Disney theme parks.

Are you excited about the changes coming to Coronado Springs Resort? 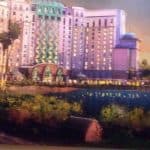 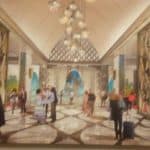 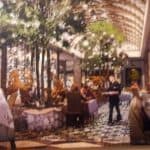 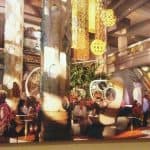 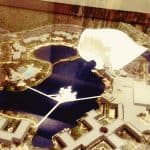