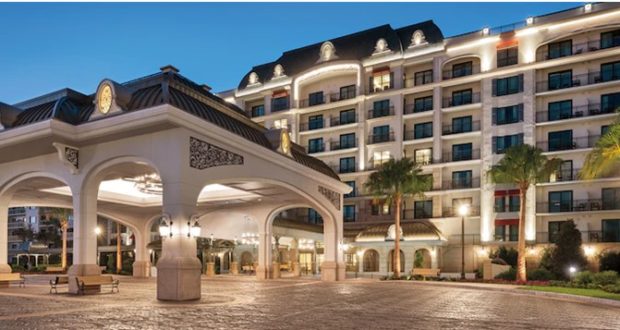 When it comes to choosing a Walt Disney World resort, there’s really no wrong choice. Each create a unique atmosphere while welcoming guests to their home away from home. From the glitz and grandeur of The Grand Floridian to Pop Century’s celebration of some of the 20th century’s most iconic trends, there really is a little something for everybody. The following are but a few of the destinations you should consider checking out if you haven’t already.

Being that the Disney brand was founded on a cartoon mouse, it’s only fitting that WDW feature a resort that honors the process of animation. Since 2012, this vibrant value resort has been giving guests a peek behind the scenes of that creative process while also celebrating the many colorful features that have become a trademark of Disney cinema. The halls and courtyards of Art of Animation are bursting with everything from pencil sketches to larger than life sculptures of some of your favorite characters, while the themed rooms commemorate such timeless classics as The Little Mermaid and Pixar’s Finding Nemo. A major advantage of this resort is that it offers family suites that sleep six and include a kitchenette, two bathrooms, and three separate sleeping areas. Its Landscape of Flavors is one of the best and most comprehensive food courts on property, while The Big Blue Pool can lay claim to being the largest watering hole of any WDW resort. Color us impressed!

As WDW’s newest resort (it opened its doors in December, 2019), this one is a no-brainer. Located adjacent to the Caribbean Beach Resort, Riviera gives guests a European feel right in the heart of central Florida. The site boasts 300 guest rooms, including one-, two-, and three-bedroom villas that can accommodate up to twelve people. Each elegantly-appointed room features artwork celebrating classic Disney films, and throughout the resort photographs are displayed from Walt and Lillian’s travels abroad — a trip which served as the inspiration for the property. A trio of dining options ensure guests never go hungry, from the quaint Le Petit Cafe (a nod to The Aristocats) and the quick-service Primo Piatto to the rooftop Topolino’s Terrace — which provides for stunning views of the Hollywood Studios/Epcot area while serving up authentic French and Italian cuisine. Bar Riva — the poolside lounge — also provides a smattering of snack options as well as a full menu of cocktails and adult beverages. As a Skyliner resort, guests can also enjoy the airborne gondolas to and from Epcot and Hollywood Studios.

On the shores of Lago Dorado — a 22-acre man-made lake — rests WDW’s largest convention hotel. After the addition of the Gran Destino Tower (which opened in the summer of 2019), the resort is now home to more than 2000 rooms! Relatively recent renovations have helped elevate these accommodations to the upper echelon of Disney’s moderate tier, adding to the already beefed-up amenities that come from serving as a full-fledged convention center. Such perks include a plethora of dining options, from the lakeside Three Bridges Bar & Grill at Villa del Lago to the game day ambiance of Rix Sports Bar & Grill, as well as one of the most impressive pools on property. With a 50-foot Mayan pyramid as its centerpiece, The Dig Site is just one of four pools available to guests of Coronado Springs, and features a 123-foot water slide.

Fort Wilderness provides for a truly unique experience within the grounds of the Walt Disney World resort area. Covering more than 700 acres of wooded real estate, this resort campground is home to over 350 cabins, each of which can accommodate up to six guests. These decked-out trailers offer 500 square feet of living space, including a separate bedroom, dining area and full kitchen. In addition to the cabins, this is the only location within WDW where guests can park their RVs or set up a tent at one of the 800+ campsites, each of which come outfitted with amenities including water, electricity, and cable TV hookups. Dogs are even allowed at the campsites, with designated areas for guests to exercise their furry friends. The human recreational options offered at Fort Wilderness are also second to none, with everything from jogging paths and tennis courts to bicycle and canoe rentals. Dining options include the “buffeteria” Trail’s End restaurant — which is also home to P&J’s Southern Takeout — as well as the Hoop Dee Doo Musical Revue dinner show (NOTE: Currently unavailable due to COVID-19), one of WDW’s most popular and longstanding productions. Nearby, guests can also find playgrounds, sand volleyball courts, and a stable that houses the carriage horses that appear on Main Street U.S.A.

If you’ve ever visited the Disney Springs shopping complex, then you’ve no doubt seen Saratoga Springs. But have you actually booked a stay at this WDW resort? Inspired by the upstate New York horse racing mecca, this hotel features Victorian architecture and boasts more than 1000 guest rooms, ranging from standard rooms to three-bedroom villas. The most unique accommodations, however, are the elevated Treehouse Villas. These three-bedroom units sleep eight and, much like the cabins at Fort Wilderness, are nestled in a wooded area near Disney’s Sassagoula River. Of course, one of the major perks of staying at Saratoga Springs is its proximity to Disney Springs, which affords guests ample dining and entertainment options. Additionally, the resort itself is home to a handful of eateries, including quick-service options such as The Paddock Grill and The Artist’s Palette. Another added benefit of Saratoga Springs is that it is often one of the more affordably-priced Disney Vacation Club resorts, which is always welcome news to families planning a vacation to the most magical place on Earth.

2021-03-03
Mike Riccardini
Previous: Planning a Resort Day at Disney’s Wilderness Lodge Resort
Next: What To Know About Pin Trading Now That Walt Disney World Has Reopened