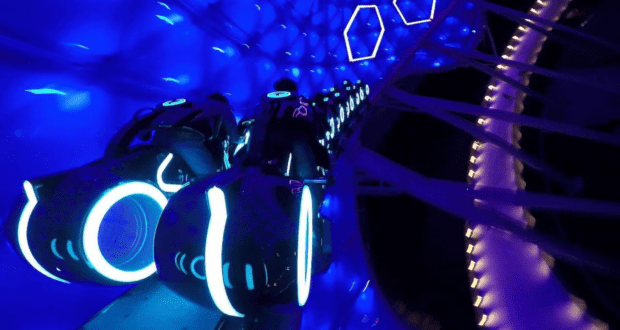 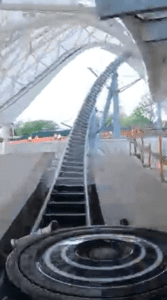 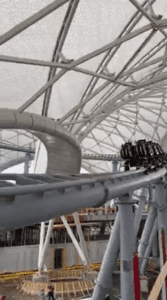 In the video below which was shared by Walt Disney Imagineers, a row of ride vehicles can be seen speeding down the tracks at the new attraction behind Space Mountain near Tomorrowland Speedway in Tomorrowland. The ride vehicles glide along the rails in and out of the housing structure for the attraction as construction crew members and Disney Imagineers watch in anticipation.

TRON Lightcycle Run was first announced at the D23 Expo almost five years ago and was originally projected to be completed in time for the Walt Disney World’s 50th anniversary celebration kick-off in October 2021. But delays related to the pandemic pushed back Imagineering’s efforts to make progress on the new coaster, which is said to be an exact replica of the TRON coaster at Shanghai Disneyland. 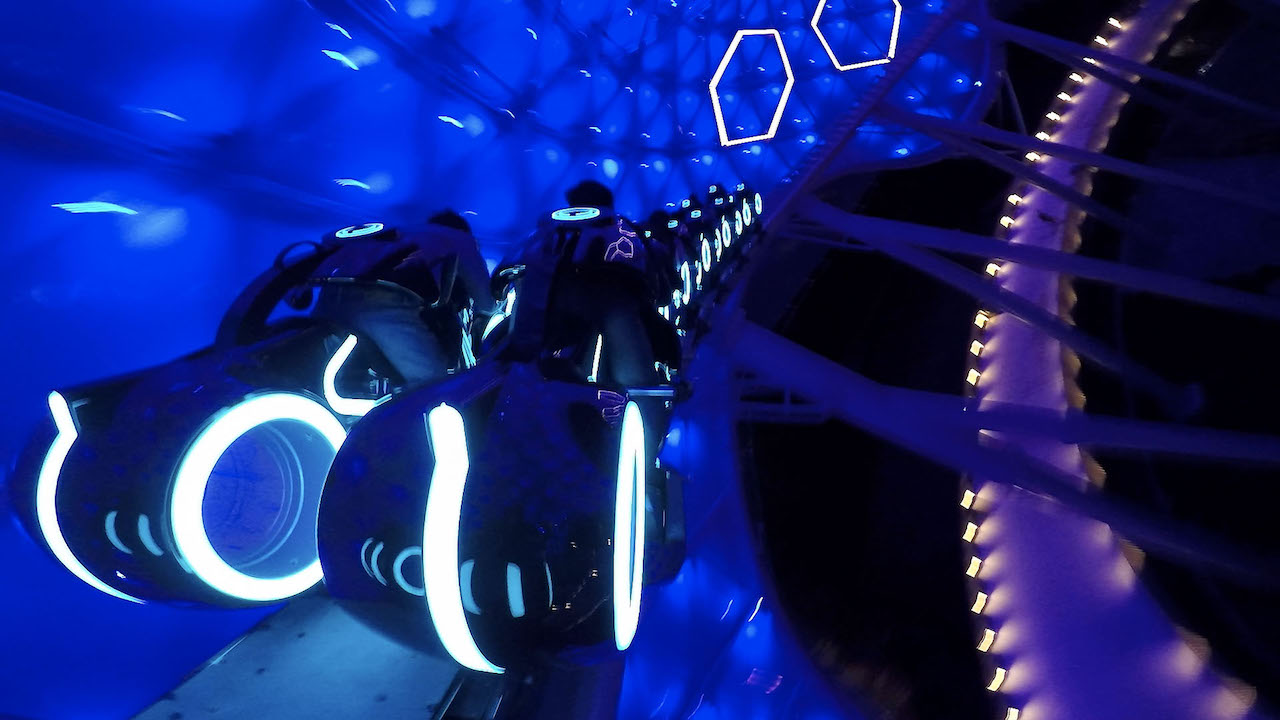 Guests riding the PeopleMover can get a quick glimpse inside the construction zone at the new attraction‘s location.

In March, Walt Disney Imagineering said the team had reached a significant milestone on the ride‘s construction. They started a process referred to as “push/pull” in which parts of the ride vehicle train are slowly moved through the track. Eventually, they work up to full-speed launches like today’s. 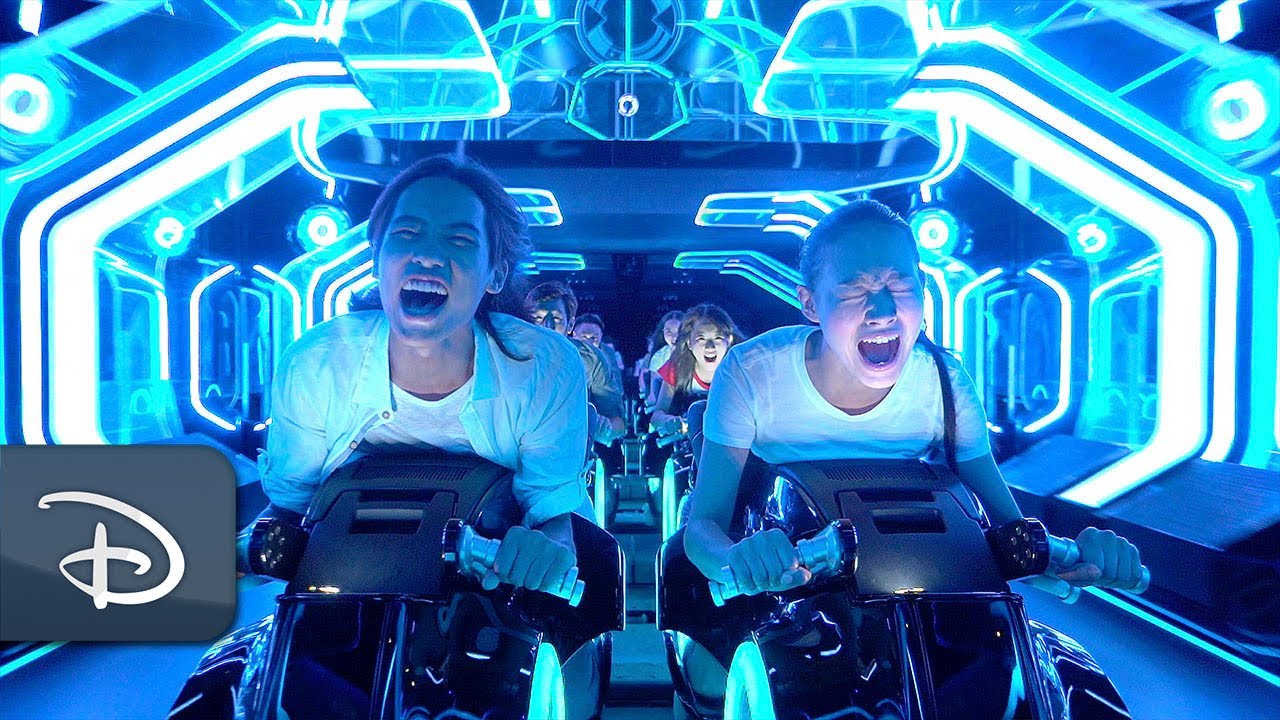 So far, there’s no official date for the opening of the TRON Lightcycle roller coaster, but eager fans are beginning to see progress, which is hopeful! Soon Magic Kingdom theme park at the Walt Disney World Resort will be bustling with the sounds of screams coming from TRON, and we can’t wait!