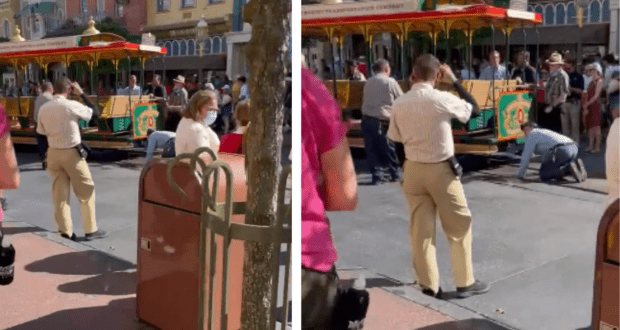 Today at Magic Kingdom, a trolley car derailed along Main Street, U.S.A., causing parades and cavalcades to be suspended until the trolley car could be removed from the street. 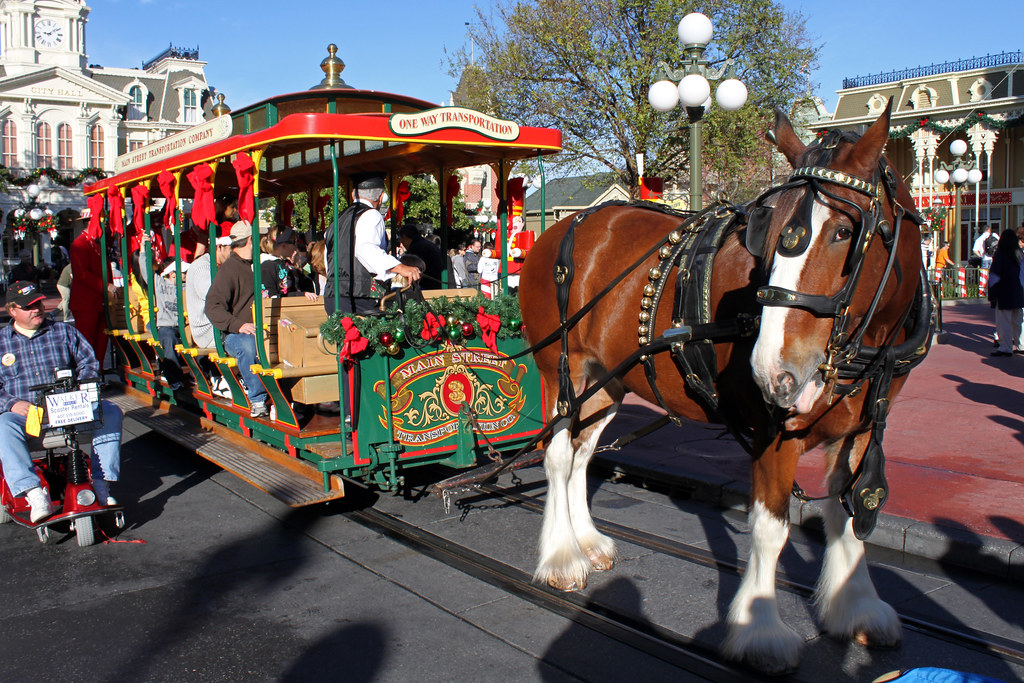 Magic Kingdom is truly a magical place with exciting ways for everyone in the whole family to experience the magic of the Walt Disney World Resort’s very first park. Thrilling attractions like Big Thunder Mountain Railroad and Space Mountain await those who love the rush of speed and the excitement of a coaster ride. There’s no shortage of attractions for those who prefer less of the thrill and more of the feel of classic “Disney.”

But if you thought the only way to access the magic at Magic Kingdom was through attractions and rides, you should know that Disney World’s first park, which started it all more than 50 years ago, offers other exciting non-ride opportunities to experience Disney magic. In February, Magic Kingdom unveiled brand-new entertainment offerings, including a new characters cavalcade and a new show at the forecourt of Cinderella Castle featuring Mickey and friends!

But there’s one attraction that’s been a staple at Magic Kingdom for years, and you might not have ever experienced it! It’s the Trolley Car Show at Main Street U.S.A., and it’s a fun experience for the whole family to experience. Disney World’s website calls it “One Jolly Trolley,” and invites Guests to experience the charm of a “bygone era.”

“Dressed in charming costumes from a bygone era, these 12 dandy dancers ride in a turn-of-the-20th-century trolley car. When it stops, they croon tunes like “The Most Magical Place on Earth,” “Walkin’ Right Down the Middle of Main Street, U.S.A.” and “The Trolley Song”—and show off some nifty choreography.

Follow the trolley and treat yourself to a delightful show!”

Today, the Trolley Car Show was as charming as ever, but during the show, the trolley car itself derailed, causing a premature ending to the daily Magic Kingdom show and temporarily suspending cavalcades and parades while Disney World Cast Members worked on the wheels of the trolley car.

A Guest at Magic Kingdom, Sabrina Sykes, recorded part of the incident today and posted a video to Twitter that shows Cast Members in place to keep Guests from crossing the street while other Cast Members were on the ground working on the trolley car. 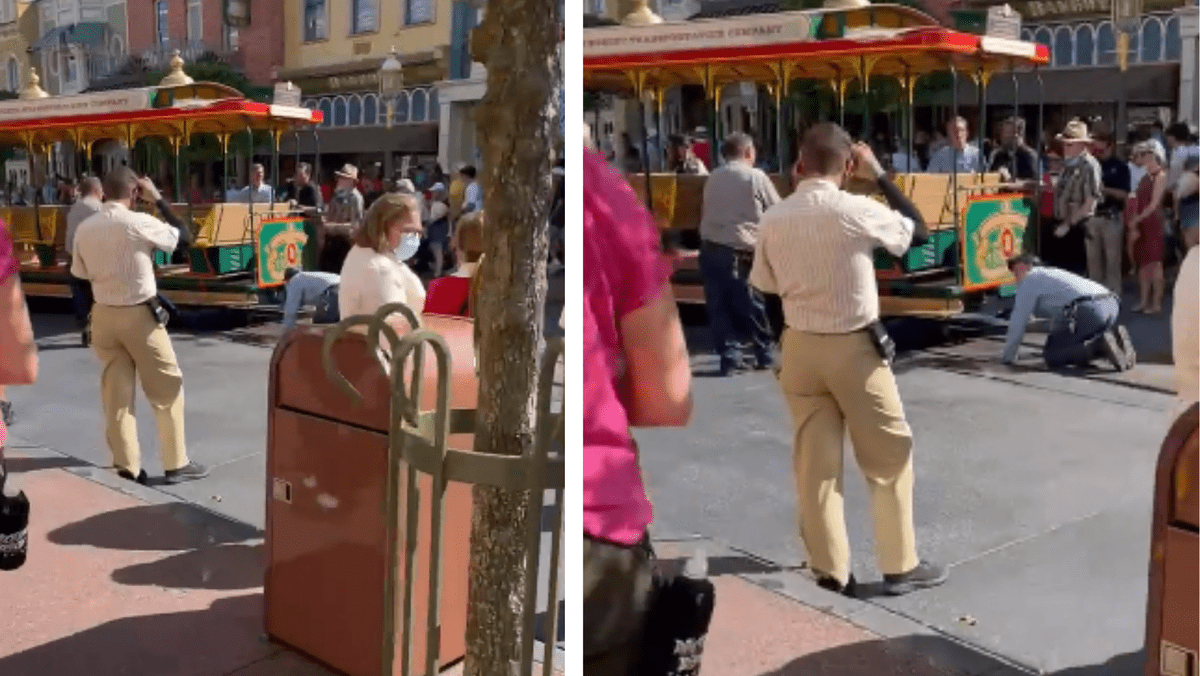 At this time, Walt Disney World’s website shows no times for the Trolley Car Show tomorrow for the rest of March, presumably because repairs have to be made to the trolley, and at this time, it’s not known how long those repairs will take to complete. No Guest was injured in the incident.

Reportedly, parades have resumed, as the Resort’s website does show performance times available today for the Festival of Fantasy Parade, which also takes place along Main Street, U.S.A.