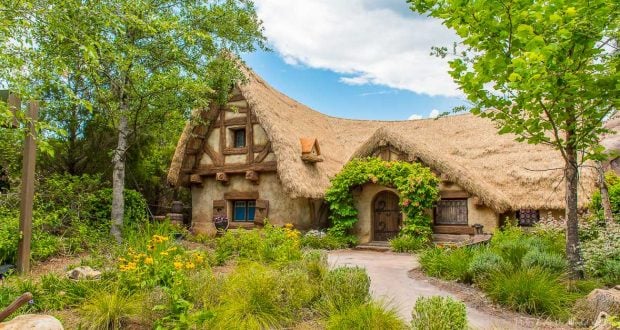 Top Things To Know About Seven Dwarfs Mine Train

Referred to by Disney as the “Centerpiece of New Fantasyland”, the Seven Dwarfs Mine Train is a roller coaster that uses technology never seen before. The cars sway back and forth during the ride, simulating a real mine train. With the opening of the ride, the Fantasyland expansion is complete. Here are the nine things that you need to know about the attraction.

While Seven Dwarfs Mine Train is billed as a family friendly roller coaster, not all members of the family can ride. There is a height requirement of 38 inches. (For comparison, the height requirement for The Barnstormer in Storybook Circus is 35 inches.) Expectant mothers and those with other health considerations are advised not to ride. The ride is also not for those who are prone to motion sickness. Check the warning sign at the ride’s entrance if you aren’t sure whether or not you should give it a try.

Seven Dwarfs Mine Train is a feast for the senses. While on the ride you’ll see three different shapes of jewels, and there are six different colors. Look for clear, red, blue, purple, green, and amber.

The ride will take you both indoors and outdoors. It slows down during the indoor section so that you can see the dwarfs at work.

6. No Dwarf Left Behind

You’ll see all seven dwarfs during your ride. According to Disney, they are the most advanced Audio-Animatronic characters ever created. The use of 3D technology, combined with Audio-Animatronics, brings the dwarfs to life.

The fact that it is a steel coaster makes for a smooth ride. Disney has found a way to remove the sound that is associated with going up a hill on a roller coaster. There are two mild drops; one is 31 feet and the other 41 feet. There are no loops and you won’t need an over-the-shoulder harness to ride.

Try to remember to look around while you’re on the ride. Not only are there incredible details around every turn, but right before the second drop you’ll have a great view of Enchanted Forest.

There is an interaction queue with three different activities. First, you can help Doc (he left a note with instructions) with Jewel Sorting. After that, Doc will want your continued help with Jewel Washing. The third station is The Vault, because those jewels need to be stored somewhere. The time will pass quickly.

When New Fantasyland was announced, it was also announced that the park’s original ride Snow White’s Scary Adventures would be closing. That space now houses Princess Fairytale Hall. Some of the aspects of the original ride have been incorporated into the new coaster. The figures of Bashful, Doc, Grumpy, Happy, and Sleepy at the cottage near the end of the ride were all taken from Snow White’s Scary Adventures. There are also two vultures near the mine entrance that were part of the original.

1. True to the Movie

In 1937, the film Snow White and the Seven Dwarfs was released. It was the first ever full length cell animated film, and it helped Walt Disney to become a household name. The new ride stays true to the film. From the design of the ride cars to the music that is played in the background, Imagineers have lovingly reproduced the film in ride form. Details were added that most people probably will not even notice; things like a wooden clock near Doc’s work station and the birdhouse and the wisteria vine by the cottage’s front door. It’s the details that make Seven Dwarfs Mine Train a Walt Disney World classic.