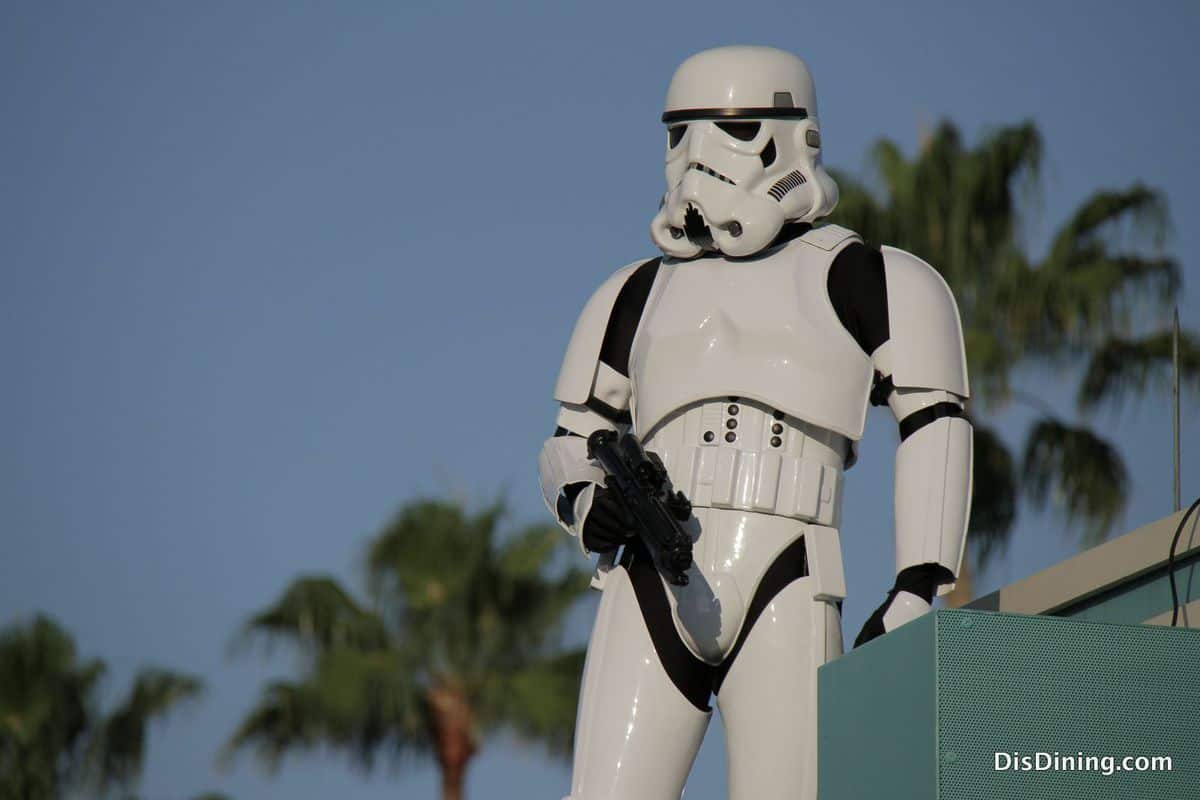 Rumors about changes to both Walt Disney World and Disneyland Resort are not uncommon. One rumor that is currently circulating in both California and Florida is that there will eventually be a Star Wars themed land. The prevailing rumor at the moment is that the new area will be at Disney’s Hollywood Studios. The rumor was given more fuel when Disney purchased Lucasfilm, and it when it was announced that Episode VII will be released in December, 2015. The idea that Episode VII is just one of several new movies gives the rumor even more credence. The closing of The American Idol Experience and possible closure of the Indiana Jones Epic Stunt Spectacular seem to imply that Disney just might be making room for a new land at the park.

As a lifelong Star Wars fan, I tend to dream about what the new land might be like. Here are ten things that I think would be fun in the new section. Some of them are practical, others are just from my imagination. I do not have any inside information. Of course, if an Imagineer reads this and wants to talk about my ideas, I’ll clear my calendar.

Here is what I came up with. If you were to ask ten Star Wars fans to come up with a similar list, most of their ideas would be different, although I’m pretty sure that most of them would agree on #1.

10) Behind the Scenes Information

Episode VII is just the beginning of the new movies, and Star Wars Rebels is about to hit television. It would be nice if they had a continuous movie that gives behind the scenes information and storyline hints that don’t give anything away. They have been using the theater that used to house Sounds Dangerous to show clips and movie previews lately, they could do something similar for Star Wars. A tour of the set with Anthony Daniels or a 15 minute interview with J.J. Abrams (or another important behind-the-scenes person) would get people excited about the future of the franchise, and also offer a cool place to sit down and relax for a few minutes.

Please don’t hate me for this one. Since the prequels are forever going to be a part of the Star Wars universe, they would probably be represented in a new land. Bongo and Binks could be a family “underwater” boat ride around the outskirts of Otoh Gunga. You have to admit that it could be stunningly beautiful. After the ride is over, kids can take part in a live show with Jar Jar, similar to Turtle Talk With Crush. I said please don’t hate me.

This is by no means meant to replace Dinosaur Gertie’s. Hoth Balls would sell hand scooped ice cream instead of Gertie’s soft serve. Top it with marshmallow sauce and whipped cream, and it would look like it came from Hoth. For something even closer to The Empire Strikes Back, Hoth Balls could also sell snow cones.

Who hasn’t dreamed of walking through the inside of the Millennium Falcon? The new land should have a full scale model that is true to the films. In addition to the areas that were seen in the movies, the model could include things that we never see but assume are there, such as sleeping quarters. Cast members could explain each room in character as guests walk through. I think I’ll apply for that job.

I’m not an Imagineer, so I can’t tell you the logistics of this one. All that I know is that it would be cool to feel like I’m riding on a speeder bike through the trees on the forest moon of Endor. I’m sure that 3D glasses would be involved, and somehow the screen would need to be all around you. This is Disney, they can figure it out, right?

They shouldn’t wait for a new land for this one. I ride Star Tours a lot, and the worst part is trying to get through the store at the end on a busy day. The space is too small to begin with, but they’ve added two “build your own” stations and an area to have pictures taken so that you can add your face to a classic scene. It can be insane in there. The store needs to be expanded immediately.

A new land will need a counter service meal option with a bad pun in the name. Sand People Sandwiches could be a place to pick up lunch or a snack. Another possibility for the name could be Pizza the Hutt, but that’s an old joke and open to a possible lawsuit. A third prospect for the restaurant’s name is Chewie’s Chewables. (Yes, I’ve given this too much thought.) If Disney picks Sand People Sandwiches there would need to be plenty of indoor seating, so that diners can get away from the heat of Tatooine’s two suns.

3) Escape From the Death Star

There are so many Star Wars themed ride possibilities that it was hard to pick just a few for this list. Escape From the Death Star could be based on the scene where Luke and Han are blasting away at the Tie Fighters as the Millennium Falcon escapes from the Death Star. I picture it as a Mission: SPACE type ride, where there are different jobs. There could be two different intensity levels in one ride, where those playing the gunners (Luke and Han) have a more aggravated ride than the pilot and co-pilot (Chewbacca and Leia).

Why do kids ages 4-12 get to have all the fun? The Force Face-Off would be a live show that lets adult guests get in on the action. Maybe the show could include lightsaber techniques and recreate a couple of the fights from the movies. From there, a few adult audience members could get involved. The show could possibly be the opposite of Jedi Train Academy; the guests are taught the Dark Side of the force and then need to face off against a Jedi. The show could be flashy and fun at the same time.

When I think of a Star Wars themed land, the first thing that comes to mind is the Cantina. It should be a full service restaurant that is a faithful recreation of the Cantina in A New Hope. There would need to be a lounge with a gruff bartender, and a band. The band can be audio-animatronic characters if necessary, but it would be even cooler if the band was people in costumes. Breakfast could be a character meal. I attended the Star Wars breakfast at Sci-Fi Dine-In and it was a lot of fun, but that restaurant is not a great place for character meals because it’s so dark. I would not want the characters to be Jedi Mickey and that gang, leave them for Star Wars Weekends. Maybe the meal could have characters from the new movies. Lunch and dinner at the Cantina could be full service. The servers’ costumes alone would be worth the price of the meal. When you make your reservation remember, your droids won’t be served. They’ll have to wait outside.

2014-07-12
PaulaK
Previous: Tribute: Snow White’s Scary Adventures at Walt Disney World
Next: Which Disney Couple Are You and Your Significant Other? Quiz