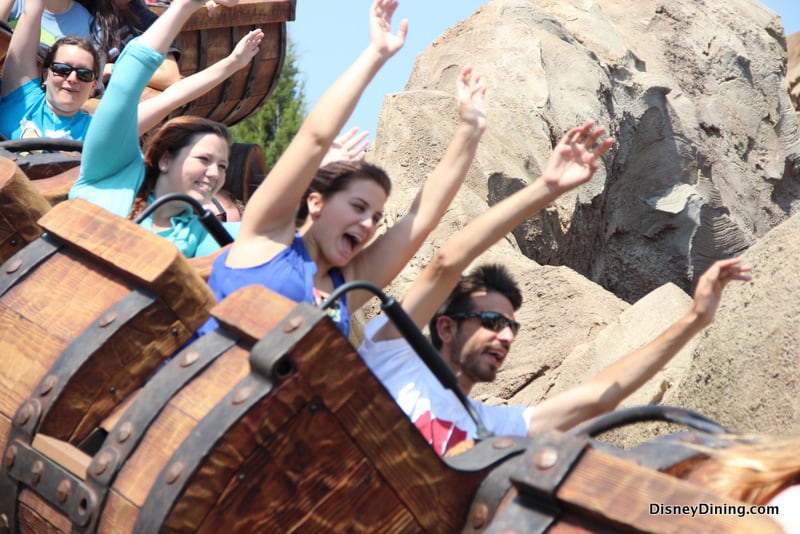 There is never a bad time of year to visit Walt Disney World, but something is special about the summer. There have been a lot of changes over the past few months, which makes now the perfect time for a Disney vacation. Whether you want to spend a week in Central Florida or you are thinking about a long weekend, pack your bag and go! Don’t put your trip off any longer.

What better reason to visit Walt Disney World? The kids are out of school, the days are longer, and the parks are open late. Summer is the perfect time for a vacation, so surprise your kids and go. You’ll make memories that you will treasure for a lifetime.

Of course you’ll find water in Central Florida all year long, but you won’t always want to play in it. The Walt Disney World pools are heated, but many off-property hotels don’t have heated pools. Even if the pool is heated, you’ll freeze in January as soon as you get out of the water. In the summer, the water and the air temperature compliment each other perfectly. You’ll also find that the interactive water fountains are on in the parks, so the kids can play while the adults sit and relax for a few minutes. Both Walt Disney World water parks are open during the summer, giving your family yet another place to splash and play. Just don’t forget the sunscreen.

Flash storms are par for the course in Central Florida during the summer. They move in quickly and are often gone just as fast. It is not unusual to see patches of blue sky during a downpour. As one local TV meteorologist recently said, “If you don’t like the weather in Central Florida in the summer, cross the street”. The unusual weather creates perfect conditions for rainbows to appear. Look up to the sky when the rain calms down and you might see a spectacular sight. In the evenings, the summer clouds will also help to form some of the most beautiful sunsets that you have ever witnessed. They are simply breathtaking.

While not everyone is thrilled with Starbucks moving into Walt Disney World, the Downtown Disney West Side location is unique. It has all of the beverages, breakfast sandwiches, and pastries that the chain is known for. It also has a grass roof (recycled coffee grounds help the grass to grow), murals that explain where the beans are from, and an interactive wall. There is live video streaming between the West Side location and a Starbucks at Disneyland in Anaheim. There is plenty of indoor seating, but you can also take your beverage outside and sit by the fireplace. The restaurant features Starbucks Reserve Coffee, in which the Clover System is used to brew rare beans. You won’t find the option at most Starbucks.

Love it or hate it, FastPass+ seems to be here to stay. While the system does have its flaws, it can come in handy if you’re heading to Walt Disney World during the summer. Make three FastPass+ reservations online for each day and you’ll know what you will be riding and when. Once you’ve used all three for the day, you can visit a FastPass+ kiosk and add another. Book your times online ahead of time and you won’t have to wait in quite as many long summer lines. Walt Disney World resort guests can make FP+ reservations up to 60 days in advance, for everyone else it’s 30 days. A My Disney Experience account is required to make advance reservations.

5) Epcot After Hours Wind Down

Who says that you have to leave Epcot after IllumiNations? Epcot After Hours Wind down lets you enjoy light snacks and wine (if you’re of age), while everyone else rushes to the exit. The cost is $35 and does not include tax or tip. You can relax in one of four locations. Theme park admission is required and reservations are strongly recommended. It is held on select nights.

An Epcot tradition returns for 2014. Sounds like Summer features tribute bands that are so good that you’ll think you’re listening to the original. The shows are held in the America Gardens Theatre, weather permitting. The concerts are free, but theme park admission is required.

A new party to celebrate the 20th anniversary of The Lion King is taking place on Saturday evenings through August 9. There is a special live performance that features a celebrity narrator, then the party hits the streets with food, beverages, and live music. Harambe Nights is a separate ticketed event that costs $119 for adults and $79 for children. The Premium Package and some nights are already sold out, so if you want to go, drop what you’re doing and make your reservation immediately.

2) Seven Dwarfs Mine Train at the Magic Kingdom

New Fantasyland is finally finished. Seven Dwarfs Mine Train was highly anticipated, and it lives up to its promise. Every inch of the queue line is detailed, making you feel like you’ve stepped inside of the classic movie. There are three stations in the queue to entertain riders who are getting close. The ride itself is an instant classic. There are no huge drops or lose-your-stomach moments, which make it perfect for those who like going fast but aren’t fans of big coasters. The details are amazing, especially when the train slows down and enters the mine. The lines for Seven Dwarfs Mine Train can grow long, so try to get a FastPass+. Be warned, they go faster than the ride does.

1) Frozen at the Magic Kingdom

The movie Frozen is certainly hot right now, and Walt Disney World is helping fans of the movie to get their fill. You can find Frozen merchandise in the stores and Frozen themed treats to satisfy your hunger. If you’re hoping to get a glimpse of Elsa and Anna, they are now part of Disney’s Festival of Fantasy Parade. (The parade debuted in March, and it’s another reason why you need to visit Walt Disney World right now.) You and your children can meet Elsa and Anna at Princess Fairytale Hall. It’s a FastPass+ attraction, but most spots are usually taken by resort guests, since they can make their reservations 60 days in advance. Stay at the park until the end of the night, because Celebrate the Magic now contains a Frozen segment. An image of Princess Elsa appears on Cinderella Castle to sing Let It Go, while scenes from the movie play. Your Frozen obsessed family members will love it.

The latest Harry Potter themed section of that “other” park is set to open on July 8. Go ahead and take a day to see what it’s all about. If you’re in Central Florida before July 8 there are rumors of soft openings, but nothing official has been announced. Once you’ve satisfied your curiosity, spend the rest of your vacation at Walt Disney World. The lines at Diagon Alley will make those at Disney seem a lot shorter.