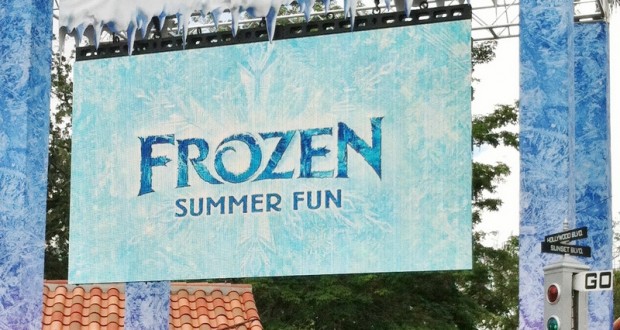 Right now is a fantastic time to head to Walt Disney World. The summer crowds have yet to arrive so you’ll wait less. Both water parks are open after their annual refurbishments, giving you two more places to cool off. Downtown Disney gets closer to becoming Disney Springs daily, and it’s exciting to see the changes. Here are ten reasons why mid-May through June is the perfect time to visit. If you’ve ever thought about an impromptu trip to Walt Disney World, stop thinking and head to Central Florida immediately.

The long winter is over, and it is once again time to celebrate in the Sunshine State. The days are long right now, allowing you more fun in the sun. Remember that this is also the time of year when the afternoon storms start rolling in, but they usually pass quickly. Throw some ponchos and the sunscreen into your suitcase, and come enjoy the sunshine.

This has not yet officially been announced, so if it’s the main reason for your trip you might want to hold off booking that flight. According to the Disney Parks Moms Panel, it has been hinted that the event will take place June 20 and 21, which is Father’s Day Weekend.

Downtown Disney is currently undergoing a total refurbishment. When all is done in the Spring of 2016, the shopping and entertainment district will have a new name; Disney Springs. The area is changing daily, and it’s worth a stop. Besides those mentioned here, there are new shops and food options opening often. If you haven’t been to Downtown Disney lately, now is a great time to go. It’s fun to watch the progress.

Now is your last chance to save on your Walt Disney World Resort room. Discounts of up to 25% are available through June 15. After that, the rates will go up for the peak season. If you’re not staying on property there are still discounts to be found. Area hotels will want to fill their rooms before the busy summer, so it should be easy to find something that will fit your budget.

Food allergies and special diets will no longer keep you from enjoying delicious baked goods while at Walt Disney World. BabyCakes NYC closed in 2014, a casualty of the transformation to Disney Springs. The bakery is back, but with a new name. Erin McKenna’s Bakery NYC serves the same doughnuts, cupcakes, and other delicious choices that were found at BabyCakes. The food is gluten free, vegan, and kosher. It is also delicious.

If you’ve never been to a Sounds Like Summer concert, this year is the time to change that. Starting on June 7 and running through July 25, you can enjoy some great tribute bands in the America Gardens Theater. You’ll hear songs made popular by acts such as the Eagles and U2. While they aren’t performed by the original artists, you’ll be impressed by how close the sound is. The best part of all is that Sounds Like Summer is included with your park admission.

If you can’t get enough Frozen, you’ll want to head to Disney’s Hollywood Studios. The popular event from last year is returning. Running June 17-September 7, the park becomes a winter wonderland. There’s a Royal Welcome, a dance party, special fireworks, and more. A Premium Package is available. Frozen Summer Fun offers guests a chance to chill during the hot Florida summer.

A unique signature restaurant has opened in The Landings (Pleasure Island) section of Downtown Disney. The BOATHOUSE is more than just a seafood restaurant. You can take a ride on land and sea in a classic Amphicar, enjoy a romantic water taxi ride, and more. The BOATHOUSE does not currently accept reservations, so give yourself plenty of time. It is a dining experience that you will never forget.

The force is strong at Disney’s Hollywood Studios, especially each Friday, Saturday and Sunday through June 14. Star Wars Weekends have returned, and they’re better than ever. Popular voice actor James Arnold Taylor (voice of Obi-Wan Kenobi in The Clone Wars) has returned as the host. You’ll find extra character greetings, Legends of the Force: Star Wars Celebrity Motorcade, special merchandise, Star Wars themed dining experiences and so much more. Symphony in the Stars will light up the sky at the end of each night. Celebrity guests include first timers Ian McDiarmid (Emperor Palpatine) and Frank Oz (Yoda), and returning favorites Peter Mayhew (Chewbacca) and Warwick Davis (Wicket). The celebrities change each weekend, which means you’ll want to attend more than once. You can dress as your favorite character, costumes are encouraged. Star Wars Weekends are included with park admission, and Premium Packages are available.