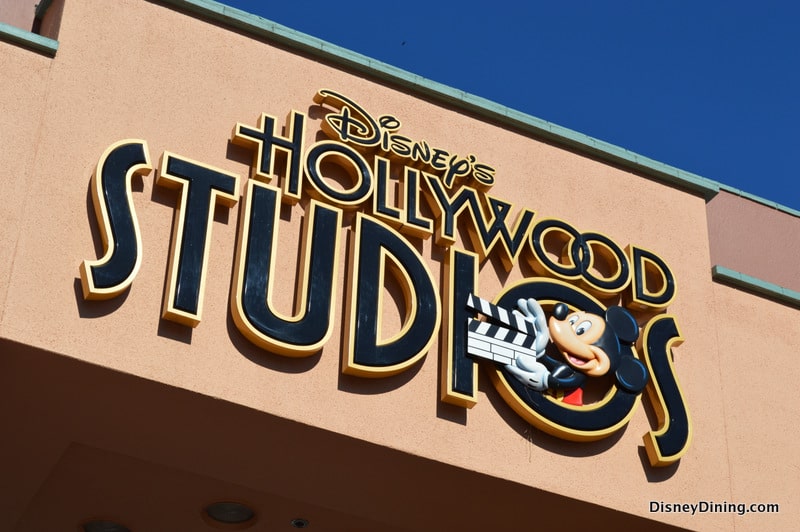 This is the second part of my Top Ten Have to Do’s series. (The first part focusing on EPCOT can be found here: http://www.disneydining.com/top-ten-dos-epcot-edition/) Let me preface this article by saying that I am aware that all of these items cannot be done in one day. My feeling for this list is that they should all be done at some point in a lifetime.

With that being said, I think Hollywood Studios should be explored to the fullest. It’s my favorite park, so naturally I’m biased. When Hollywood Studios opened, (as MGM: yes, I’m still bitter) the purpose was to give guests an inside look at how movies were made. This list leans toward that goal, hence Toy Story Mania not being on here: but don’t worry, I love that ride. It seems like HS is sometimes put on the backburner of great parks, but it’s such a magical place with some really, really cool things in it.

10. Art of Animation: Animation is pretty much the heart of Disney and this attraction completely embodies that. There’s a silly, but fun movie with an animator and a special appearance by Mushu to briefly explain the animation process. When the movie ends, you move on to rest of the building where you can take a drawing lesson or grab pictures with the Incredibles or take a character personality quiz (I’m Belle…) or meet the latest Disney animated character stars-I believe right now it’s Wreck-It-Ralph and Vanellope. This is a great space for learning and playing. It’s also a wonderful way to get a feel for this process that is so essential to Disney.

9. Muppet*Vision 3D: Classic. Who doesn’t love the Muppets? This show doesn’t necessarily show you behind the scenes movie secrets, but it’s fun for everyone. It’s so funny and perfectly quotable. The movie is fairly short, but great for taking a break from the heat and walking. Muppet Vision has been around for years and makes Hollywood Studios for me.

8. Great Movie Ride: This ride is also classic to me. My family and I do the GMR every time we go into the park. It takes you into the movies and shows you behind the scene magic, giving it the same essence that the park itself emanates. While this is certainly not a thrill ride by any stretch of the imagination, it has enough theatrics that it’s exciting and true to film. With a goofy tour-guide and a menacing mobster or cowboy, this ride is a journey into the movies.

6. Walk the Streets: Everybody has to walk around the park, I get that, but there’s something so special and cool about just lazily walking around the back streets and exploring. The Streets of America are a lot more than just some neat cutout buildings and a great shortcut to “Honey, I Shrunk the Kids Movie Set Adventure.” Disney has placed little surprises and fun stuff around the streets to keep things interesting and feel more real. Next time you’re there, go window-shopping by the stores and keep an eye out for a famous umbrella hanging about.

5. Beauty and the Beast Show: Not what you were expecting? That’s okay, this one often gets overlooked. This is one of the only Broadway-style shows in the parks and it’s too fun to pass up. Running at 23 minutes and cutting the majority of the story, it clearly wouldn’t last a day in New York, but for its intents and purposes, this show is perfect. Live theater is something magical that can enchant everyone. Plus it’s a nice way to take a break from the hustle and bustle. If you get a get a good Belle, this show can be really amazing.

4. Tower of Terror: Here’s another one that I can’t exactly stomach, but know it’s awesome. Again, for thrill ride enthusiasts ToT is gold. The ride itself is programmed to be different each time you ride it. It’s completely randomized, so you never know what version you’ll get. But the drops are not what make this ride great, in my opinion. It’s décor and storyline is enough to make anyone love it. Disney has made the details and feeling of this ride so intricate that you will believe for all the world that you’re in a haunted hotel.

3. Walt Disney: One Man’s Dream: The Disney website calls this attraction “a treasure trove from the Disney vault,” and they couldn’t be more right. It is essentially a massive gallery of rare artifacts and pieces of history from Walt’s life. There are props, models, sketches and more to look through at your leisure. At the end of your time in the gallery, you move on to a short film tribute to Walt hosted by Julie Andrews. This is a beautiful way to get to know the man behind the magic.

2. The Osborne Family Spectacle of Dancing Lights: Nothing says Christmas like the Osborne Family Lights illuminating the Streets of America, even in the middle of November, which is when they set it up. This display is amazing and magical in every way. There are millions of lights that sparkle and dance to the music all around you. The display is giant, which is a major understatement, so it just takes your breath away. It would be impressive if it were just lights that were everywhere, but there are angels and reindeer and toy soldiers and everything Christmas. It’s a sight like no other and a must do, especially to get you in the Christmas spirit.

1. Fantasmic: This is one of the best fireworks/water shows on property, in my humble opinion. But it’s a must do for Hollywood Studios. As the only fireworks show with a stadium, this show is definitely more of an experience. People line up for hours before show time to get in to this one. Unlike Wishes or even IllumiNations, Fantasmic is extremely theatric. Sorcerer Mickey is the hero of this story with his cast being all your favorite Disney characters. The villains try to thwart Mickey’s dreams, but with Disney magic, that could never happen. This 30-minute extravaganza is a feast for the eyes and my number one must do at least once in your life.

Pixar Place: This is an amazing place to explore. While it doesn’t necessarily show you how movies are created, it certainly makes you feel like you’re one of Andy’s toys. It’s an amazing set and really fun. Plus, Toy Story Mania is an extremely entertaining, albeit long-lined ride.