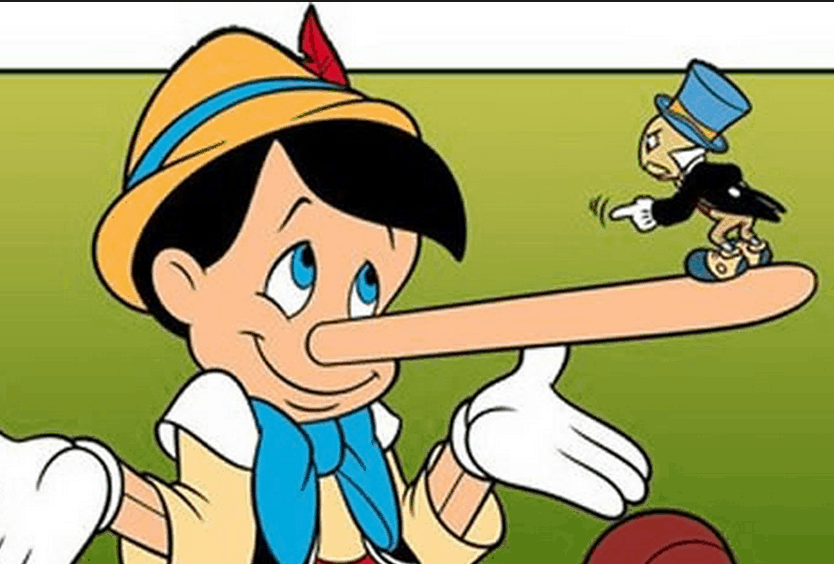 Disney movies are incredibly fun and entertaining, but there is so much more to them. Each film holds gems of wisdom and lessons to take away. This list focuses on animated features-and only a small bunch, at that-because there are just too many films in the entire archive. These are just ten of the many, many lessons I have learned from Disney films:

10. Honesty is Vital: Jiminy Cricket taught me this. Telling the truth and being honest is all over Disney films, but Pinocchio is my go-to movie. This movie taught us the power of wishing, dreaming and the importance of being honest. Through lying, Pinocchio got in a lot of trouble on the path back home. But when he was honest, he was rewarded. The Blue Fairy is a pretty good teacher. And though we can’t all have Jiminy Cricket on our shoulder telling us right from wrong, we can take his wisdom with us with just a little whistle.

9. How to Be a Hero: “For a true hero isn’t measured by the size of his strength, but by the strength of his heart.” Wise words from Zeus in Hercules. Disney taught us through movies that the definition of “hero” is not immediately what you’d assume. They showed us that heroes come in all shapes and sizes: from Mr. Incredible to Flik to Mulan-they all saved the day by using the strengths that they were given. These movies encourage us to stand tall and laugh in the face of danger.

8. Be Yourself: Can’t you just hear Genie as a bee buzzing in Aladdin’s ear? This message extends to almost every Disney movie, from Aladdin to Little Mermaid to Frozen and more. I think that everyone of every age has needed this lesson at some point in his or her life. It can be incredibly difficult to stay true to yourself when so many of us just want to blend in. But Disney movies have shown us that being yourself is not just an amazing power, it’s an amazing gift.

7. Friends Make Life Better: “You’ve got a friend in me.” I’m sorry. I couldn’t resist. Disney proves over and over the importance of friends. Woody and Buzz taught us how to sacrifice ourselves for our friends. Tod and Copper showed us that friendship can defy the odds. And so many others show us that friends truly do make life happier, more exciting and altogether better.

6. Family is Life’s Glue: Family has always been incredibly important to Disney. This is apparent in all of their movies, the parks, the cruise line, and the mission. When I think of family in Disney movies I think of The Incredibles, Finding Nemo, Meet the Robinsons, The Aristocats, Lilo and Stitch and so many more. These movies exemplify the crucial role of family in one’s life. After all, “Ohana means family and family means nobody gets left behind or forgotten.”

5. Love is Worth It: To quote Ensign Benson from the Golden Mickey’s: “At the heart of every Disney film is, well, the heart.” Each and every Disney movie deals with love. Love is chased after, fought for, and cherished. In Cinderella, Prince Charming searches kingdoms for his love. Wall-E combed the galaxy to rescue Eve. In Hercules and Tangled, Meg and Eugene give up their lives for their loves. Hopefully we won’t have to go to these extremes for love, but Disney movies show us that no matter what we’re faced with, we should always hold on to love.

4. Make Your Own Destiny: “If you had the chance to change your fate, would you?” This is a question that Disney has addressed in movies other than just Brave. Merida clearly made her destiny her own (she made her mother’s her own, too-but let’s not get into that right now). Mulan completely agreed with Merida and knew that her life was going to be more than just marriage. She took her life in her own hands to save her family and defied the norm of her day. Flik, from A Bug’s Life, left his colony to try to save them and succeeded. None of these characters stayed in the box of who they were “supposed to be” and that’s what Disney wants us to do, too.

3. Never Forget to Have Fun: It doesn’t matter how old you are. It doesn’t matter where you were yesterday, where you are now, or where you’ll be tomorrow. Disney constantly reminds us that it’s okay to never grow up and to always have fun. Peter Pan is basically the poster child for this state of mind. We may not be able to fly for real, but Disney allows our imaginations to soar. Every Disney film is fun- every single time we watch them (which, let’s be honest: is a lot). Fun and laughter and happiness can be found even in the most uncertain, dangerous, and troubling times. This can be tough to live by sometimes, but we just need to remember to let it go and Hakuna Matata.

2. Life is an Adventure: “Adventure is out there!” Carl, Russell, Doug, and Kevin lived this motto. Disney has taught me over and over again that the greatest adventure of all is living life to the fullest. Milo Thatch figured that out early on in Atlantis and Jim Hawkins knew it well in Treasure Planet. Bolt thought his world was one thing when it couldn’t have been further from it. He learned to see life differently: as one big adventure. I think all of these movies deserve the Ellie Badge.

1. Never Stop Believing: What Disney film doesn’t include something about believing in dreams? The most classic example would be Cinderella: “No matter how your heart is grieving, if you keep on believing, the dreams that you wish will come true.” She never stopped believing, even when she wanted to. Rapunzel never stopped, either. She kept the faith and waited and brushed and brushed and brushed her hair. Tiana worked hard to keep her faith alive. Every character has a dream that they believe in and each Disney movie ends with a happily ever after so that through them, we can believe in our own.

“If you can dream it, you can do it!” ~Walt Disney