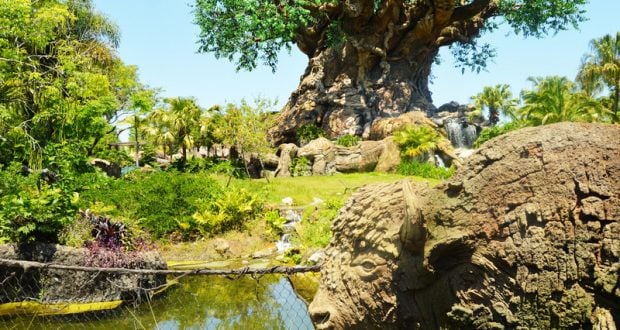 There are so many things to do at Walt Disney World that you will never run out of opportunities. Chances are that before you hit the parks you will have a decent working knowledge of the rides and shows. There are also plenty of things that you can do that aren’t quite as well known. If you’re looking to take a break from the hustle and bustle of the parks or you just want to do something a little bit different, these ideas are for you! A Disney vacation doesn’t have to be all about standing in line and waiting for the next ride, there are plenty of lesser known activities that will keep you busy and happy. These “hidden gems” might just become some of your favorite things to do in Florida.

Spending some time on the water might be just the way to help you relax in the middle of a busy vacation. At Walt Disney World you can rent Sea Racers, pontoon boats, sailboats, peddle boats, even kayaks and canoes. Marinas are located at several of the Moderate and Deluxe Resorts and also at Disney Springs. Depending on the marina and the craft, hourly and full day rentals are available.

If you would rather let someone else be captain of your voyage you can make arrangements for a specialty cruise. Celebration cruises for up to ten people are available for a birthday, anniversary or other special event. You could also pick the Intimate Dining Cruise or the Fireworks Cruise for the view of a lifetime. You will want to call 407-WDW-PLAY (407-939-7529) well in advance to make the reservation. You could also book the Grand 1, a 52 foot Yacht that travels around Bay Lake and the Seven Seas Lagoon. It accommodates up to 18 people. Call 407-824-2682 to make your reservation.

If you like to start your day with a run or end it with a stroll, there are walking and jogging trails all over Walt Disney World. No matter which hotel you are staying at there is a place to walk or run. The best part is that if you try several different trails, you’ll be able to see some of the unique features and details around the resorts. Even if you are not staying on Disney property you can enjoy the trails, just tell them at the security station that you’re going for a walk. The trail at Disney’s Old Key West Resort is a mile and a half long. At Disney’s Caribbean Beach Resort you’ll enjoy a trail that is 1.4 miles around Barefoot Bay. Disney’s Fort Wilderness Resort and Campground has a shaded path that takes you to Disney’s Wilderness Lodge. There are other great walking and jogging trails as well. Remember that Central Florida gets hot and humid, especially during the summer, so you might want to enjoy the trails early in the morning or after the sun goes down. Bring water with you and wear comfortable clothes.

Everyone knows that there are animals carved into the bark of the Tree of Life at Disney’s Animal Kingdom. But have you ever stopped to really look at them? There are 325 animals carved into the tree with more detail than you realize. Even if you are just in line for It’s Tough to Be a Bug! you should take note of the carvings. Make a game of it with your children, see who can find the biggest or the smallest animal, or who can find the most in a short period of time. Make a list of what you find, you will be surprised by how many you missed. Go back and take another look later in the day. When the sun is shining from a different angle and the shadows fall in another direction you might see a new set of animals. The Tree of Life is a Disney masterpiece, one that should not be ignored.

It’s something that thousands of people walk by every single day without noticing, but those who do see it and stop are mesmerized. It’s called the Epcot Garden Railway. It was originally constructed for the International Flower & Garden Festival back in 1995 but Disney decided to keep it as a permanent part of the experience for the Germany Pavilion. There are three different trains that run through a miniature Bavarian village. The buildings include homes, a church, public buildings and even a castle, and there’s landscaping as well. The attention to detail is amazing and, using the footbridge through the middle, you can check it out fairly closely. There are changes for different times of the year so what you see in April will not be the exact same setting that you will see in December.

Free Disney movies are played every night under the stars at select Disney resorts. In the case of bad weather the movies will usually be moved indoors. Some of them include a campfire as well, you can purchase all that you need to make S’mores right there from a cast member and then get comfortable for the movie. A good mix of newer movies and Disney classics are shown, with some seasonal movies added around Halloween and the holidays. There’s also the free Chip’n Dale’s Campfire Sing-a-long at Fort Wilderness, which includes a campfire, songs, marshmallows, Chip’n Dale and a movie! It’s a fun way to end the day.

Is that pocket full of pennies and quarters weighing you down? There is a simple solution, use them to make an inexpensive souvenir! Machines that make pressed pennies, also known as elongated pennies, are all over Walt Disney World. There are almost 200 of them on Disney property and many of those have more than one choice for the design. You will find them in stores, at resorts, in hotel lobbies, near rides, they are everywhere. If you are looking for a machine and can’t find one just ask a cast member. For just 51 cents you’ll get something that shows where you’ve been, and your kids will love showing them off to their friends once you arrive back home. Use a new, clean penny for best results.

Each night something magical happens outside of the Magic Kingdom, and many people have no idea that it even exists. The Electrical Water Pageant is a floating music and light show. It travels around Seven Seas Lagoon and Bay Lake, bringing a smile to the faces of all who see it. Although times may change it currently starts at Disney’s Polynesian Resort at 9pm. From there it heads to Disney’s Grand Floridian for a 9:15 show. The next stop is at 9:35 at Wilderness Lodge, followed by Fort Wilderness at 9:45. The final nightly stop is at the Contemporary at 10:05. Bad weather may cancel the show. It is short but it is creative and not to be missed.

If you’ve never looked for Hidden Mickeys at Walt Disney World you are missing out on a lot of fun! Disney Imagineers have added special touches to almost everything, from the hotels, to the restaurants, to the attraction queue lines, to the rides themselves, and everywhere in between. Keep track of the Hidden Mickeys that you find on your own, you’ll be surprised by how many there really are. Play a game with your kids to see who can find the most. Ask cast members if they know of any special ones, they love to point them out. Before you know it you’ll be seeing a large circle with two smaller circles on top for ears every time you close your eyes.

Each day at 5pm the flag that flies in Town Square at the Magic Kingdom is lowered. The Flag Retreat Ceremony originated the day that the park first opened and has continued ever since. There is music; sometimes the Dapper Dans sing, the Main Street Philharmonic will often play a few songs, other times a college band will perform. A park guest who is a veteran is chosen at random and asked to assist in the retreat. The Pledge of Allegiance is recited and there is a ceremony. The flag is lowered for the evening while the Star Spangled Banner plays. After the flag has been retired for the evening the veteran who was chosen receives a special pin and certificate. It is a beautiful ceremony, one not to be missed. 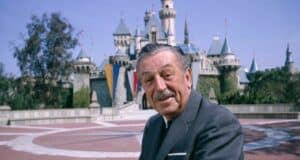 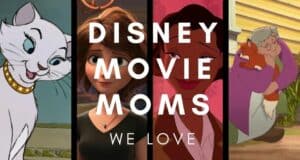