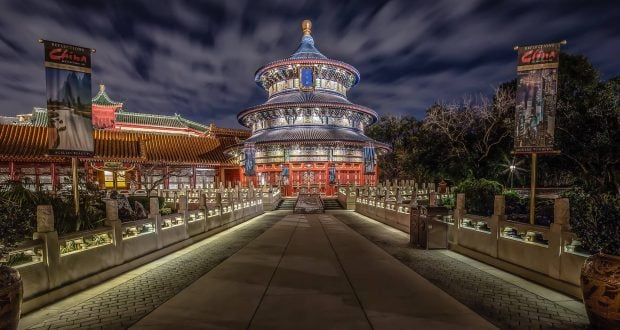 9 Details That Most People Miss At Walt Disney World

I love that I can go to Disney year after year and still see something new every time. Walt never wanted his parks to get boring. He wanted them to grow and evolve with the times. Disney has certainly stayed true to Walt’s wishes and leaves its fans with little details that make every trip amazing.

9. Rope outside of Indiana Jones

Right by the entrance to the Indiana Jones Stunt Spectacular, there’s a rope that plunges into a well with a sign that reads: “DO NOT PULL!” This makes pulling the rope almost irresistible. When you do pull it, a very irritated archaeologist begins to yell at you and clunk about. Make sure to pull the rope several different times as the archaeologist has lots to say.

8. Names on windows on Main Street

The windows on Main Street have the names of important people in Disney history on them. The seemingly obscure names above the shops on the famous street actually have great meaning. One label is for Elias Disney Contractor, which is the name of Walt’s father and is his middle name. These names are fun to find and try to understand the significance. Family was so important to Walt and now we get to see the names of those he loved hidden within the place he loved.

7. The Pentagon on Spaceship Earth

I still miss this one from time to time. When looking straight at Spaceship Earth most people just see a bunch of divots, but there’s actually a shape to be found. A massive pentagon is right in the middle of the giant golf ball. Several of those weird divots make up this pentagon that just add to the intricacy and overall coolness of Spaceship Earth.

I don’t know about you, but I absolutely love exploring the Parks at night. I find that they totally transform when the sun goes down and it’s like seeing everything for the first time. I also usually discover new details that I’d never even thought of looking or listening for, like the Ewok huts by Star Tours. When the sun goes down, the Ewoks come out. If you stand near the queue of Star Tours and listen closely, you will hear the sounds of Ewoks partying, talking and just doing day-to-day Ewok things. I believe the huts used to light up, as well, but I’m not sure if they still do.

I’ve always appreciated the décor and design of Main Street, but I never really stopped to think about it before. When you first walk into the Magic Kingdom, you’re surrounded by the quaint town with the Emporium and fire station and it’s all rather adorable. But what you don’t immediately notice is the time period that you’ve stepped into. The lamps give you an indication. The lights when you first walk on the street are gas lamps, but as you walk right down the middle of Main Street, the lamps shift to electric. Walt planned this purposely to show the evolution of time.

This is a crucial detail that people not only miss, but one that you wouldn’t even think about! Animals aren’t ever just walking freely around the park, but they seem pretty well behaved, don’t they? This is because they do have barricades to keep them in their enclosures; they’re just invisible. The invisible barrier is made with little metal spokes that create this shield. You can see the spokes if you look closely enough at the edges of the enclosures, specifically in the safari. These barriers don’t harm the animals at all, but Disney wanted to make sure that the environment looked natural while keeping everyone safe.

Ever notice that it’s always dark in the Mexico Pavilion in Epcot? This seems kind of weird at first, but it’s completely intentional. In the Mexican culture, twilight is when everyone gathers in the town plaza to hang out and catch up and just be together. Imagineers wanted to duplicate how this would really look and feel in Mexico. The dimly lit, tight-ish quarters definitely make it seem like twilight in Mexico.

This entire pavilion is extremely impressive in itself. But even within the building are such intricate details that if you’re not standing in the exact right spot, you’ll easily miss them. On the floor of the main building are lots of little circles, I believe they are in sets of three, which symbolizes living. Once you get to the center circle, you have reached the only spot in the building that is acoustically perfect. This one spot allows your voice to leave your lips, bounce on the walls, and come exactly back to you. Next time you’re there, give a whisper and see what happens!

1. Incline in the Oasis

You know that awkward hill thing when you first walk into Animal Kingdom? You know, the one as soon as you pass the Rainforest Café exit and the cast members with the creepy-crawlies? It always seemed unnecessary to me, but it actually has a very important purpose. Disney Imagineers put in this incline to purposely get guests to slow down. Let’s face it, we’re always in a rush at Disney to get to the characters, to get to the FastPass, to get to whatever. But Disney wanted Animal Kingdom to be different. This incline makes you change your pace and take time to appreciate what’s around you. Everest will still be there in five minutes. I think that’s pretty cool.

2015-02-04
Molly Elias
Previous: Spinning Rides at Magic Kingdom: “Here We Go Round in Circles”….
Next: How To Survive A Meltdown At Walt Disney World