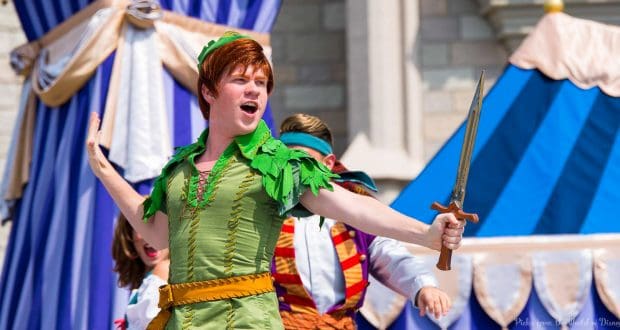 It doesn’t matter how old you are, the Disney characters have a soft spot in your heart and you know it. Although I’m older and don’t demand that we see Pooh immediately when entering the park, I still love to see the characters. You may notice that Mickey is not on this list: let me make it clear that I ADORE Mickey in his entirety and love when I get to see him, but this list is for the most interactive and generally fun characters-Mickey gets his own category. I’m really just a kid who refuses to grow up, regardless of what my college professors tell me. Second star to the right and straight on till the Park closes…

Aloha! These two are an especially fun pair! One of the best parts of this duo is how they interact and play off of each other. They can be found in Ohana in the Polynesian Resort. They are the stars of the character breakfast option at the Hawaiian restaurant. Stitch is silly on principle, so when you get the chance to hang out with him, you know you’re in for a fun time!

Didn’t see this one coming, did you? Darth doesn’t really get the attention he deserves. You can meet him however in Disney’s Hollywood Studios at Star Wars Launch Bay. You can also see Lord Vader in the Jedi Training Academy in Hollywood Studios on occasion. I have seen the evil ex-Jedi lurking about Star Tours. When waiting in line for the awesome ride, Darth came out on the walkway above the Queue and pointed at me. We had a staring contest until the line started moving again, when he defiantly burst through the Cast Member door and disappeared. He may not have made me turn to the Dark Side, but I definitely became a fan that day.

8. Lady Tremaine and The Tremaine Sisters

Here’s the family you love to hate. What I love about Lady Tremaine is that she hardly says anything. When she does talk, she’s dry and unimpressed. This evil stepmother has a perpetual grimace and is not afraid to let you know how much she dislikes you. Anastasia and Drizella are equally as unappealing, but hilarious. They have no problem getting up in your face and telling you how great they are. Flatter them and they’ll become your best friends; mention Cinderella and be prepared for a very long, exasperating rant.

Gawrsh! Who doesn’t love the classic masked characters?  And as far as they go, Goofy is the man-well, dog… Don’t get me wrong, I love all the classics: Minnie, Donald, Pluto, etc, but Goofy stands out to me. He is just one tall, silly guy. He loves to play around with you, especially if you’re wearing a Goofy hat or have pigtails or something like that. He will also encourage you to break some rules and be silly with him. While visiting with Goofy, he tried to climb up on the backdrop prop and tried to get me up there, too. His handler, or wrangler in this case, was not pleased and strongly recommended he stop. It was hilarious and definitely memorable.

And at last I see the line-wait… Rapunzel and Flynn are usually character favorites, but they’re also really fun to talk to! They are another pair that plays off of each other really well. Flynn is generally pretty hilarious and thinks very highly of himself, while Rapunzel usually likes to talk about painting or playing with Pascal. Sometimes Flynn has been up to his thieving ways and has some special items in his precious satchel! A day where you can chat with Rapunzel and Flynn is pretty much the best…day…EVER if you ask me. Head to Trattoria al Forno on the Boardwalk to see them together!

The sisters of Arendelle are still just as popular as when they first made their appearance at Disney!  These cool princesses are found at The Royal Sommerhus in Epcot’s Norway.  Donning their princess dresses, they are as charming and delightful, minus the ice.  They would love to tell you about Kristoff and Olaf and what they’ve been up to since the credits rolled. Frozen took the world by storm, ice storm, that is, and meeting the wintry sisters allows fans to connect to the story more and more.

If you had the chance to meet a princess, would ya? I think everybody’s got a soft spot for this crazy haired, unladylike princess. From what I’ve seen, the Merida in the Parks is the exact same Scottish misfit that we fell in love with in Brave. She’s got the accent down, the lively attitude, and playful spirit. Not only is Merida insanely awesome, her meet and greet area is, too. Walking into her territory is like happening upon Dunbroch, complete with tapestries, targets and three mischievous little bear cubs.

Peter is a kid through and through, which makes him the perfect meet-and-greet character. Peter can be seen in the New Fantasyland nowadays, but I’ve seen him all over the park in the past. He has a tendency to just kind of do his own thing. I once saw Peter running all over Cinderella Castle, dueling with Captain Hook. There was plenty of laughing and hollering, I assure you. Any encounter with Peter Pan is sure to be a fun and silly one. He usually has lots of questions and just loves to chat and crow.

2. Belle (and all the classic princesses)

I want an autograph in the great wide somewhere! The Princesses are absolutely lovely, however you look at it. I chose to highlight Belle because she’s my favorite and the one I see most often.  Belle’s best location is in the Fantasyland for Enchanted Tales, but you have to go to EPCOT if you want to have a good chat with her. I usually see Belle when at the France Pavilion in EPCOT-my family and I are big fans of the Impressions de France. On my most recent trip, Belle was just hanging out in the waiting area for the movie. She was walking around and chatting with people. She and I discussed books; because that’s something we both love. Her favorite genre is adventure, shocker there. She said, “My Beast and I love to read Peter Pan! Oh and Sleeping Beauty! That’s a good one.”

Who doesn’t love Gaston? I mean, let’s be real. And who loves Gaston more than anyone? Gaston. He can be found hanging around his tavern in the New Fantasyland and loves admirers. Gaston is about the least modest person you will ever meet. He relishes compliments and always agrees with them. If you get him going, he’ll share more stories about himself than you’d ever need in your life.  He also is well aware that he is the most manly, a pure paragon, really. It’s clear that he has biceps to spare and he’d love to show you if you’re not too intimidated.

Mary Poppins: Mary Poppins is practically perfect in every way! She can be found in her home pavilion of the United Kingdom in EPCOT.

These are just my favorites!  What are your go-to characters when in the Parks?