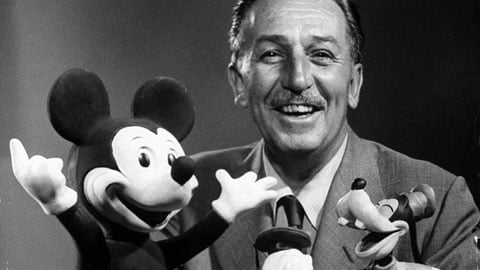 Let’s face it, we love the weird, bizarre, strange and different. I am certainly guilty of being intrigued by the weirdest stories, whether it is strange celebrity facts or being fascinated with urban legends. I started thinking; I wonder what weird Disney has in its past (or present!) I have collected the top 9 facts that will make you go, “Hmmm?!”

An unbelievable 210 pairs of sunglasses are found every single day at Disney World by cast members. To date, over 1.5 million of them have never been claimed. Yearly, cast members gather up 6,000 cell phones, 3,500 cameras, 7,500 autograph books and a whopping 18,000 hats (including one of mine!) Cast members have even found a prosthetic leg and a glass eye left behind by guests, but those were claimed by the end of the day!

Walt Disney truly thought of everything when planning his parks. He wanted to make sure he thought of everything, including convenient placement of garbage cans. In fact, he did research! While watching people eat, he calculated how many steps people took before they needed a trash can. He also ate a hot dog and wandered about 30 steps before he was done. So, next time you to a Disney Park, check out the trash cans. They are within 30 feet of each other so you don’t ever have to hold onto your garbage any longer than necessary!

Weirdly, Walt Disney’s last written words were “Kurt Russell” Apparently; Kurt was brought into his office and shown the paper. He said, “I don’t know what to make of that.” Disney enthusiasts think that he may have been offering Kurt a very big part in a movie just after he had just signed a long term contract with Disney. The even more bizarre twist is that some say the paper said “Kirt Russell” and that there were other names on the paper, too. Others have sworn that it was not written, but spoken. I think it’s totally weird that people can’t get the story straight!

You are welcome to try to get them to! No matter what, Characters will skirt an issue with you, change the topic, discuss something interesting or offer you an alternate choice. So, if you said, “Alice, do you know who Prince Charming is?” She’ll discuss something about how she met him or knows about him being somewhere. “Cinderella, will you get me an ice cream sundae?” She’ll let you know where ice cream is being served. “Can you put your hand on top of my nose?” I have a feeling you’ll have a hand top of your nose.

Disney costuming is very serious about their “look.” The warehouses are full of every single part of the costume for cast members including socks, belts and handkerchiefs. Once your shift is over, you can take the costume back to costuming and they will issue you a clean one. Rules have become a little more lenient, sometimes allowing some cast members to launder their own costumes. Here is the weird part…until 2001 certain cast members were required to wear issued undergarments so they all were wearing the same exact thing. It took the union to actually change this, finally granting cast members the right to wear their own undies.

Even though Walt Disney had a mustache, the Disney brand did not allow facial hair on their cast members. Thinking it was too “hippie” or “Drifter” –like, clean faces were a requirement along with an expectation of daily shaving. In 2012, Disney finally allowed for men to have a mustache, beard or goatee as long as they are not over the lip and they must be shorter than ¼ inch. Men can also shave their heads, if they choose. Visible tattoos and body piercings are still no no’s, but I can see that changing, too!

You may think that you are with only your loved ones when you travel to Disney World, but you are surrounded by loved ones of many. Ever since it opened, Disneyland and Disney World has had its share of mourning guests who bring the ashes of their loved ones with the intent of scattering them in their favorite spot. While this is against the law and people can be arrested and/or banned from Disney parks, this has happened quite a bit! Though many do not publicly discuss this, there is quite a bit of buzz as to where most ashes end up…you guessed it! The Haunted Mansion.  (To be clear, we think this is a very bad idea!)

While many of us dream about never leaving Disney World, have you ever thought about actually doing it? If finances allowed and you were very committed, you could sleep in every bed at the Walt Disney World Resort. With nearly 30 resorts to choose from, you would spend the next 68 years bed hopping until you have slept in every bed in Disney World. I’ll be the first to volunteer!

Even though it was a family theme park, Disneyland opened in 1955 with a women’s intimate apparel shop. The Wizard of Bras was only open for 6 months, when the new shop Silhouette Studio took its place and remains today. While it was in place, Wizard of Bras offered the finest bras, corsets and petticoats. And, for added fun, you could also learn about the history of underwear.