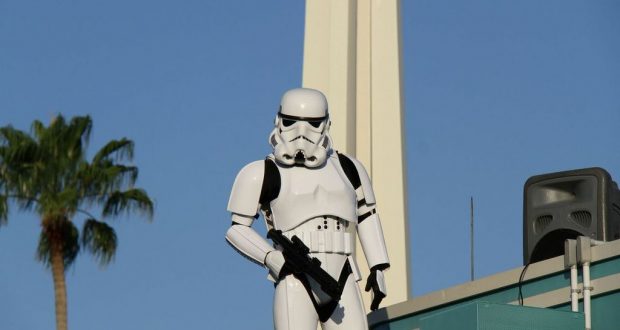 A lot is changing at Walt Disney World in 2017. Much of it will soon thrill guests, such as Pandora – The World of Avatar at Disney’s Animal Kingdom. Things are a little bit different at Disney’s Hollywood Studios. There are changes taking place, but most of them point to the future. It has been announced that the Star Wars Land will open in 2019, and the rumor mill hints that the Toy Story Land could open even earlier. While there are no new e-ticket rides opening at Disney’s Hollywood Studios this year, things are happening. Here are seven ways that the park has or will change this year. Some have already taken place, and are included here to help you know what to expect on your next Walt Disney World vacation. A few of them are Star Wars related, but don’t avoid the park if you’re not a fan of the franchise.

One of the main changes taking place at Disney’s Hollywood Studios is that you can see the progress that is being made. Yes, there are walls up everywhere, but you can still get a glimpse at what is going on. If you take the main entrance, you’ll see bulldozers, trucks, and plenty of cleared land as you drive to the parking plaza. Even if you don’t go that way you can see cranes from the parking lot. Head towards Muppet Courtyard and you’ll notice that things have been removed from behind the other side of the construction walls. Disney seems to want to hit the 2019 date for Star Wars Land, and it’s obvious that the work is getting done. It should be exciting to see what changes are visible as the time for both lands to open draws closer.

Want to get a heads up on whatever the next Disney movie is going to be? Head to the theater inside Walt Disney: One Man’s Dream for a sneak peek! The short preview will run continuously throughout the day. Depending on the upcoming film, there could be props or costumes outside of the Walt Disney Theater. Don’t rush in to just see the show, though. Take your time and explore Walt Disney: One Man’s Dream to get to know a little bit about the man who started it all.

Star Wars: The Last Jedi is scheduled to be released on December 15, 2017. It has been announced that in honor of the film a new planet will be added to Star Tours – The Adventures Continue. The planet in question is known as Crait, and it can be seen briefly in the teaser trailer for the movie. When Star Wars: The Force Awakens was released in 2015 the planet Jakku was added a few weeks prior to the movie’s opening, so it’s probably safe to assume that Crait will be part of the adventure in early to mid November. If they do it the same way they did with Jakku, it will be part of every ride for several months, so that everyone who rides will have a chance to experience it.

Another Star Wars addition has already taken place. BB-8 is now greeting guests in Star Wars Launch Bay. The little droid with the big personality has been greeting fans since April. There are now three character meet and greets at Launch Bay, the other two are Chewbacca and Kylo Ren. BB-8 is stationary, but reacts to guests in ways that you would expect. Like the other character greetings inside Launch Bay, FastPass+ is not available, so head to Animation Courtyard first thing in the morning or towards the end of the day.

Throw this into the rumor category, but it is a rumor that many with inside information think could actually happen. Star Wars: Galactic Nights was an after hours event that was held during Star Wars Celebration, which took place at the Orange County Convention Center in April. The evening included celebrity appearances, the return of the Star Wars Motorcade, plenty of characters, a scavenger hunt, and more. Some of the elements of Star Wars Weekends returned for the evening, and it did not take long to sell out. Rumor states that a new version of Star Wars Galactic Nights is in the works, most likely without the celebrity appearances. If it doesn’t happen, there is a good chance that there will at least be a special event to coincide with the opening of Star Wars: The Last Jedi. It would be similar to the event held in 2015 when Star Wars: The Force Awakens opened.

In a move that hit many people hard, the popular Starring Rolls Cafe closed suddenly back in February. This breakfast and lunch spot featured sandwiches and incredible pastries, and it was a favorite of many Disney Dining fans. Disney never said much about the closing of the incredible eatery, and its absence has left a hole at a park where many people complain that dining options are thin.

1. The Music of Pixar Live!

If you are considering leaving Disney’s Hollywood Studios early, you might want to rethink that plan. The park already offers two great end of the night options, Star Wars: A Galactic Spectacular and Fantasmic!. Starting on May 27, there is a third option that you will want to consider. It takes place a little bit earlier, so you won’t have to miss the fireworks. The Music of Pixar Live! starts on May 27, and three shows will be held nightly. It will take place in The Theater of the Stars, which is the same theater that houses Beauty and the Beast – Live on Stage. Don’t worry, the other show is not going anywhere, they’ll share the space. The Music of Pixar Live! will feature a live orchestra, and plenty of your favorite Pixar characters. The Music of Pixar Live! is currently scheduled to run only through August 27, and it will last approximately 40 minutes. At this time FastPass+ is not an option.

2017-05-15
PaulaK
Previous: Disney Dining Review: A Day At Discovery Cove
Next: 8 Things You Shouldn’t Do At Walt Disney World 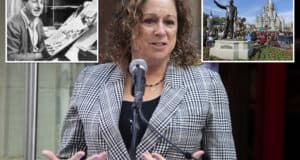