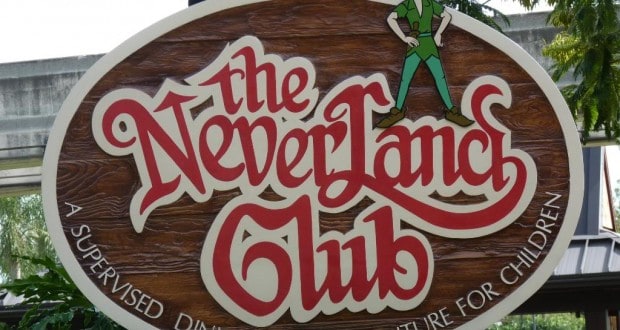 13 Disney Memories I Will Never Forget

My first Disney World visit came in 1983 as a three-year-old and I have never looked back, being fortunate to have visited more than 30 times.  And while the Orlando resort continues to change and expand, some of my favorite memories are the earliest ones.  Who else can remember Goofy water-skiing up onto the beach at The Polynesian Hotel in the 1980s? Or the smell of oranges on the Horizons in Epcot?

1.  Making a splash in the creek at River Country.

I spent many a summer at Disney’s original waterpark which was described as an ‘old-fashioned watering hole’. I was particularly fond Bay Cove, a brilliant area for kids which featured a tire swing, boom swing, rope climb, and T-bar drop. The park closed in November 2001 but never reopened. Many expected the area to be redeveloped but eerily the park remains pretty much as it was from the day it was closed.

2. Riding the cable cars at the Magic Kingdom.

Soaring above Fantasyland and Tomorrowland, I used to get excited every time I rode the Skyway. One of Walt Disney’s original attractions, the ride gave visitors a bird’s eye view of the park, including the Grand Prix Racers and Space Mountain. Sadly you can no longer get this feeling as the ride stopped for business in November 1999. Many felt it was going to be a short-term closure but sadly it’s never reopened. Such a simple yet unique concept.

3. Goofy water-skiing onto the beach at the Polynesian Hotel.

One of my earliest childhood memories was my delight at seeing Disney characters including Goofy (my favorite!) and Chip and Dale randomly arriving on the beach in their swimwear! I have no idea why they stopped doing this as it happened a long time before no swimming was allowed in the Seven Seas Lagoon.

I’m still not not sure why Pluto’s spinning hat was deemed futuristic, but I used to love grabbing a photo of the characters in their space-age outfits that you don’t seem to see today.

5. Photographs with figurines from the Pirates of the Caribbean ride.

At the end of the attraction there used to be an area within the gift shop where you could pose for pictures with some of the pirate waxworks featured on the ride. I’ve got many fun photos doing this as a kid, it’s just shame kids don’t have the opportunity today.

It’s so memorable to me I can still hear his voice clearly reverberating in my head. Legendary US news journalist Walter narrated the time-travel themed-ride from 1986-1994 before passing the baton onto Jeremy Irons and now Judi Dench.

7. Thinking monorails were the best thing ever!

Growing up, we used to stay at The Polynesian or The Floridian Beach so going on the monorail was always the first part of our Disney holiday. Riding the futuristic trains in the sky seemed such a novelty and we even held competitions in my family to see if someone could pick the right color. I always went gold. I always used to love the excitement at getting to ride in the front carriage which also sadly doesn’t seem to happen in the current day.

Many people weren’t sad to see the submarine experience close but I know I was. Every time I rode it I was convinced we were at the bottom of the sea, seeing a giant octopus’ up-close! Ah, to be a kid again… I also fondly remember Kitchen Kabaret in Epcot! The fun stage show taught me a lot about healthy eating.

9. Dinner at The Liberty Tavern in the Magic Kingdom.

There was a time at the 18th-century colonial restaurant that booking a table wasn’t a nightmare and you could order from a lovely a la carte menu before catching the nighttime parade. Today, the restaurant offers a limited buffet service which no longer appeals to me. Another restaurant experience I miss is Tangaroa Terrace which was housed at the Polynesian Hotel but closed in 1997. It did a mean breakfast with amazing Tonga Toast. Plus it had the added bonus of being next door to Moana Mickey’s Fun Hut.

10. The smell of oranges on Horizon.

As a child the ride’s concept often went over my head  but I still got a thrill when faced by an overwhelming smell of oranges towards the end of the attraction. Riders were also given the opportunity to add to their experience by using a touch screen pad in each of the capsules to choose how they ended the ride. Always seemed fun to me!

11. The Neverland Club at the Polynesian Hotel.

Another one of my favorite memories from the 1980s was eating cookies and playing games at the Peter Pan-themed kid’s club. The center has now been replaced by Lilo’s Playhouse which caters for kids of 3 to 12 years of age.

12. The marching band who performed ahead of the 3pm parade in Magic Kingdom.

For at least 10 years I remember a troop of musicians who warmed up for the daily outing of the characters around the flagship park. Led by a lovely white-haired man, I was convinced he remembered me each year sitting on the curb along Main Street as he always used to wink at me! But maybe he just did that to everyone!

For a short-time, there was a brilliant roller-skating rink called XZFR Rockin’ Rollerdrome where guests of all ages could strap on a pair of wheels and whizz along to loud rock and roll music! Again, I have no idea why it closed in the 90s as it aways seemed to be packed!

2015-04-06
Beci Wood
Previous: Which Disney Character Said It? Quiz – Sidekick Edition
Next: Which Female Disney Non-Princess Are You? Quiz