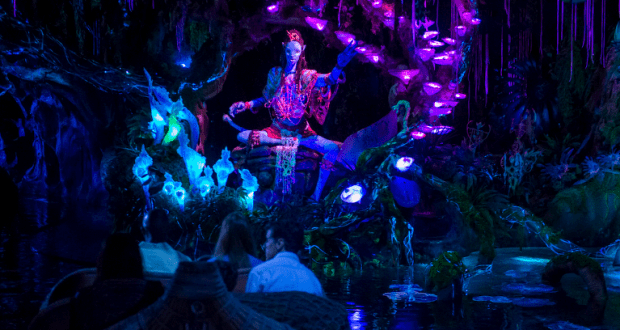 Top 12 Attractions You Must FastPass+ At Walt Disney World

FastPass+ is a system that allows you to reserve a place in a shorter line for up to three rides or attractions each day of your Walt Disney World vacation. All three choices must be in the same park. If you are staying at a Disney resort you can make your selections up to 60 days in advance, everyone else can make the reservations 30 days beforehand. Some of the attractions on this list will fill up at the 60 day mark. With FastPass+ you will be given the time frame of an hour in which to ride. After you have used all three, you can make a fourth selection using the My Disney Experience app, or at a FastPass+ kiosk in the park. Here are the top 12 attractions that you will be glad that you have a FastPass+ for. Be warned; because of the way that the system is set up you will not be able to snag all 12 selections, unless you plan to visit some of the parks more than once.

There are places to meet the world’s most famous mouse in all four of the theme parks. In each he is wearing a themed outfit, and the surroundings are different. You can grab a FastPass+ to meet Mickey at three of the four theme parks. The only park that does not have FastPass+ for Mickey is Disney’s Hollywood Studios, but he does still appear there. If meeting Mickey as often as possible is at the top of your must do list, you will want to take advantage of FastPass+.

At the Magic Kingdom all of the FastPass+ selections are thrown into one list. At the other three parks, FastPass+ is in tiers. You will pick one choice from Tier One and two from Tier Two. Not surprisingly, the most popular attractions tend to be found on Tier One. Test Track at Epcot is a Tier One, gives guests the ability to design a concept car, and then hit the open road. It’s a fast paced thrill without any major dips or drops. If you don’t have a FastPass+ for Test Track, you might want to consider getting into the Single Rider line.

A chance to head into the Himalayas and confront the Yeti in a high speed adventure, what’s not to love? Expedition Everest at Animal Kingdom is a Tier Two attraction, and arguably the most popular selection on that list. If you love roller coasters, you will want a FastPass+ for this adventure. The standby line can grow long, especially in the middle of the day.

Soarin’ at Epcot has been allowing guests to feel as if they are hang gliding since 2005. In 2016, the film was updated to include popular spots from around the world. A new theater was added with the new film, cutting back on the long lines of the past. That doesn’t mean that you won’t wait in standby. Soarin’ is a Tier One attraction, and a great FastPass+ choice if available.

This Hollywood Studios attraction will have you racing to an Aerosmith concert before your breath has a chance to catch up to you. Rock ‘n’ Roller Coaster will turn you upside down three times, but you won’t know that the inversions are coming because the ride is in the dark. There is a Single Rider line if you can’t get a FastPass+, or hit the ride at rope drop.

Peter Pan’s Flight allows you to fly with the boy who never grows up. You’ll soar over London and straight into Peter’s adventures. It’s a great family ride; it’s slow and there are no surprises. It’s incredibly popular, and it also has a fairly low ride capacity. The lines will grow long early in the day, so if you and your family want to fly you should plan to make this a FastPass+ selection.

Toy Story Mania! is the other half of the difficult Tier One FastPass+ decision at Disney’s Hollywood Studios. You and your family will play classic carnival style games, with help and encouragement from your favorite Toy Story characters. FastPass+ for this ride usually runs out before Rock ‘n’ Roller Coaster, so if you can’t decide and they are both available, this might be the better choice.

Space Mountain, Splash Mountain, and Big Thunder Mountain Railroad are Magic Kingdom classics. All of the mountains are quite popular, and you will be happy to have a FastPass+ for any of them. If you can’t get all three, make Space Mountain your first choice. It’s sometimes possible to grab one of the other two for the fourth FastPass+ selection.

Pandora – The World of Avatar is finally open and it is amazing. There are two rides, and they are the only Tier One attractions. Na’vi River Journey isn’t impossible to get a FastPass+ for, but that’s in part because resort guests can’t grab one for both of the new rides unless they visit the park two days. Na’vi River Journey is a slow boat ride that’s perfect for the whole family. It is visually stunning. The lines grow long daily, so if this is available and Avatar Flight of Passage isn’t when it’s time to make your selections make sure that you grab it. You’ll be glad that you did.

Seven Dwarfs Mine Train opened to long lines in 2014, and it is still arguably the most popular ride at the Magic Kingdom. This roller coaster for most of the family (there’s a 38 inch height requirement) takes riders into the mine to see all seven dwarfs at work. There are two minor hills and the car does sway quite a bit, making it a good ride for those who aren’t so sure about larger coasters. FastPass+ for Seven Dwarfs Mine Train is the hardest one to get at the Magic Kingdom, so if you see it, grab it.

When Frozen Ever After opened in June, 2016, it was met with long lines. While they have calmed down a little bit, the Wait Times will still quickly rise. If you don’t want to wait an hour or more with your Frozen-crazy kids, you might want to use this as your Tier One attraction. The Norway Pavilion opens two hours before most of World Showcase, keep that in mind if you were not able to make this reservation.

The second ride at Pandora – The World of Avatar is unlike anything else that Walt Disney World has to offer. Using 3D glasses, you will climb aboard a banshee and fly through the Valley of Mo’ara. The ride was an instant hit and Disney knew that they had something special on hand. That is why the queue line was designed to hold guests for up to six hours. While the waits are not usually that long, the standby line does grow quickly as soon as the park opens. If you can get a FastPass+ for this Tier One attraction, do it. You will not be disappointed.

2017-06-28
PaulaK
Previous: 20 Tips And Secrets For Walt Disney World
Next: 10 Rookie Mistakes At Magic Kingdom And How To Avoid Them