First, in order to get on this ride the fastest, try to arrive as soon as Hollywood Studios opens. Toy Story Mania is one of the three attractions located in the popular Toy Story Land. Arrive early to ensure a lower wait time for this popular and extremely fun attraction! Follow the tips below to make the most of the attraction and score the highest score possible!

10. Aim for accuracy.  The more you shoot and miss the more it slows down your ability to gain points.  Check the screen on your ride vehicle for your score and accuracy rating at the end of each round.

9. Work as a team to unlock  more points. For instance hit the fox in the farm scene which opens up more high point targets, then hit the chickens. Hit the two pigs, the cat and then the beavers.

8. Some scenes have more high point targets than others, like the farm scene has more than the plates so look for those and aim at them. These additional targets pop up in response to hitting special targets first. In Woody’s Rootin’ Tootin’ Shootin’  Gallery hit a shot through the saloon doors and a bunny appears followed by eight high point targets on top of the building.

7. Hit the lava flow balloons that will make the volcano erupt 500 pt. balloons and shoot as fast as you can to get these. Shoot the balloons off the side of the Triceratops and then the ones behind the pink dinosaurs head.  Go back and hit those on the volcano and the eruption again. Watch for comets and hit those for growing value of balloons.

6. In the ring toss scene ring all of the aliens before they can regenerate and you unlock the monster  that you can then rapid-fire rings into his mouth for 500 and 1000 points each. Don’t miss the alien ships for 5000 pts each. Rockets are good for points and they regenerate too.

5. Green Army Man plate shoot, if both players can hit the two 2000 point jumping  gold plates, more plates of high value will pop up too. Watch for the tank.

3. Look for the moving targets for higher point counts.

1. Be prepared at the last round of the game where you are facing a large target marked with 500 points. Hit that center section in rapid fire motion to change it from 500 points to 1000 and 2000 points. Ignore the pain in your arm and fire as fast as you can.

Do you have any other hints for this ride? Is sitting on one side better than the other? Please share with us your hints so we can all try them out. Won’t it be fun to see our scores up on the screen at the end of the game that shows “high score in car: “ or maybe “high score for today: “? Let’s go break those plates! 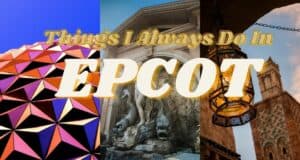