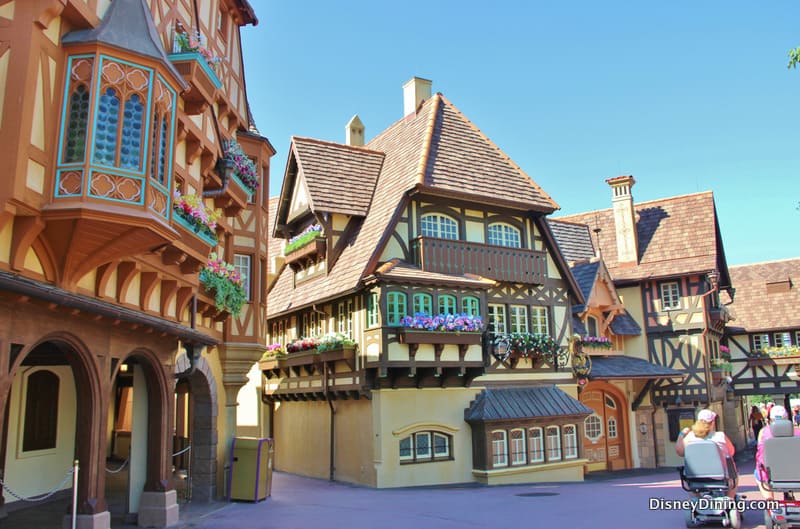 One of the givens about traveling to Disney during the summer is that it’s going to be hot and sticky—absolutely one of the most stunningly hot places in the U.S. Of course, many don’t have any other option than summer WDW plans due to school for the youngsters. Such was the case for our most recent trip which just ended yesterday. Yep, we spent a week at Disney—the Sauna of the South—during the first week of August. It’s so hot during that time one prays for rain to cool things down a bit, only to realize all showers do is add even more humidity to the air.

Our strategy is to hit a park early, take a break for lunch, perhaps head back to our resort’s pool, and then strike out again later in the afternoon or evening for a different park. Such a plan allows for some relief, but even so, there is no possible way to completely avoid the suffocating heat. While we were at the parks, we wound up finding places to literally cool our heels (and every other body part) during the heat of the day. What follows then is our list of the top seven places to cool down at Walt Disney World.

Keep in mind that we tried to look beyond the rides, attractions, and shows since those are a given. I mean, who hasn’t opted to jump into line for Pirates of the Caribbean just to cool off in the welcoming stone walls and floors of the queue there? Instead, we based our choices from a feet-on-the-ground aspect—we actually visited the places mentioned below during this trip. Obviously, there are other spots out there to be found, but this our list based on actual experience. Perhaps if printed and tucked in a pocket, it might help some weary park visitors as they venture out

This one is a bit of a cheat since I’m certain it’s well known to just about anyone that stepping into all but the tiniest of gift shops offers a quick relief to the heat. We take it a step—pardon the pun—further by walking through shops to get to a destination. For example, at the end of one extremely hot afternoon in the Magic Kingdom, we wound our way through the shops along Main Street not to shop but to stay in the air-conditioning. Such a technique takes longer, but man is it way cooler. Oh, and it occasionally costs more since there always seems to be some tchotchke siren wailing her song to my dearly beloved.

Located in the Magic Kingdom’s Adventureland just across the main walkway from Swiss Family Treehouse, this shopping mecca offers some outside seating along a semi-enclosed path connecting a couple of shops. While not fully air-conditioned, these seats do offer respite from the sun, a spot from which to watch park-goers, overhead fans, and the occasional waft of cool air from the shops themselves.

Walt Disney Presents offers the chance to view the history of Walt, but with the addition of a space for guests to preview what’s on the horizon. Models such as Star Wars: Galaxy’s Edge and Mickey and Minnie’s Runaway Railway attraction are available to preview. This is a great place to chill with an easy 20 minutes or so time to fill… or shorter if you prefer to walk through quickly. We’ve always loved this informative collection of memorabilia, designs, and historical models. It’s rarely crowded and provides a great way to cool off as it is totally air-conditioned. The one caveat here is that there is no great place to sit down other than a few seats near the entrance to the theatre that shows a brief video and runs continuously throughout the day. Still, it’s fun to wander the exhibit and manage to lower your body temperature at the same time.

Yes, this one is similar to the Diamond Horseshoe in that it is a food venue; however, it is so massive that you can wander in there and just take a load off your feet without worrying over buying a meal or taking a table away from someone eating there. In this instance, we planned to eat at Columbia Harbor House because we enjoy the food—their hummus sandwich is one of the better hidden treats of counter service in the World. We discovered that there was ample room on the bottom level despite the crowd in the park, but we thought to check out the upstairs dining area and that was a superb decision as it turns out. We got a table right by a window overlooking the sprawling promenade below, and the entire upstairs area was only half full. We ate (my daughter’s seafood mac and cheese was quite tasty, too), cooled down, and people-watched to our heart’s desire for a good 45 minutes.

Of course, this prime spot isn’t unknown to most who have ever visited Epcot in the steamy summer months, but it’s worth a reminder to that group and perhaps to those who haven’t paid much attention to Innoventions in the past. After running between Soarin’, Mission Space, and Test Track but before beginning your Death Valley-like hike toward World Showcase, take a moment to step into Innoventions. Not only are there places to sit and under-utilized bathrooms, but in some parts of the building, it’s as quiet as your grandmother’s living room at midnight. On our last day at Epcot, we were trying to decide whether to slog over to World Showcase after Spaceship Earth or head back to the hotel. We talked it over in Innoventions, meaning we weren’t melting while we discussed. In the end, we opted for the pool back at our resort, but the decision was easier to come by since we weren’t sweating like we’d just finished running a marathon.

This spot is the lone entry for Animal Kingdom—I swear, that is the hottest place in all of Disney World. If you don’t choose to make a dining reservation or take in a show, then you are stuck wandering around in the jungle. . .literally. Even the rides are mostly heated, albeit some offer their own cooling forces such as the force of the wind in Avatar Flight of Passage or the drenching you get from Kali River Rapids. After sitting through the Kilimanjaro Safaris truck ride, we decided to strike out on the Maharajah Jungle Trek as none of us had ever experienced it. Somewhere after viewing the tigers, we came upon a roundabout of sorts that had us looking at what I think were Elds deer, and in that spot was a bench sitting in the shade and cooled by a strong fan overhead. While not as wonderful as some other venues I’ve mentioned, this spot does rate mentioning as it allowed us a way to beat the heat of the Animal Kingdom for a few precious moments. You take what you can get at that park.

This premier location is in an amazing location and doesn’t tend to get overly crowded. Further, the Magic Kingdom represents the pinnacle of the four parks in Disney World, thus most patrons spend more time there than any other park. For those reasons, I make Tomorrowland Terrace my number one pick. We never seem to catch the eatery open for actual business—in our last several trips to Disney we’ve not seen it operating while we were in the park.   Yet, it boasts a huge seating area with air-conditioning blasting from overhead vents and fans that cool you even though it’s an open-air venue. The best bet is to find a table tucked next to a wall where the cooling air bounces off the surfaces of the wall and onto your table. We noticed several families had grabbed food from other places in the park but settled in at Tomorrowland Terrace. Smart move. Moreover, this area is a great place to cut the number of steps needed to get from Main Street to, say, Space Mountain. Yet, most people choose to go all the way down Main Street, then hang a right and go through the primary entrance to Tomorrowland. Beat the heat and take the shortcut, or if it’s mid-day, sit a spell, enjoy a cold beverage, and let the heat dissipate.

Well, that’s our list. Where do you go to stay cool during your visits?

I’m retired Air Force, having served over 21 years on active duty. Because of my fairly extensive military travels, preparing, eating, and writing about food became a few of my favorite pastimes after running, biking, golfing, and hanging out around Disney whenever possible. My wife is a certified Disney-holic and foodie also, thus she helps feed our combined urges to create adventurous meals and to head south to Florida on a regular basis. In fact, we love Disney so much that we were married at our second home, the Wilderness Lodge, and dined at Artist Point for our reception. We are quietly planning what to do with our money once we win the lottery; I’m quite certain living at Disney for months at a time will be included. 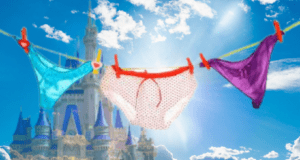 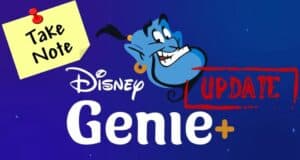