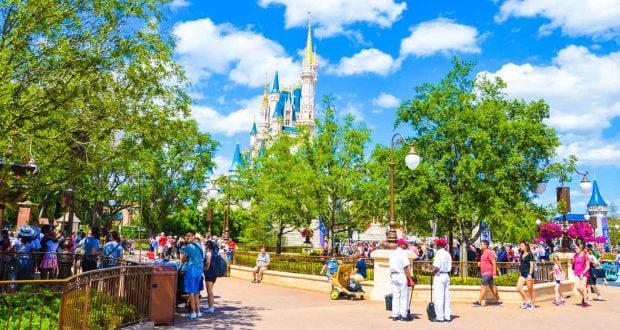 Not that there’s a bad time to visit the Walt Disney World Resort, but if you tend to like your dose of Disney minus all the crowds, there are some times during the year that are better than others. Occasionally this can change, but for the most part, these are the 10 best times of the year to visit Disney World if you’re looking for lighter crowds.

10. The last two weeks of January

During the last two weeks of January, Disney World seems to clear out. Guests who made their yearly Christmas and New Year’s pilgrimage to their happy place have gone back home to their families, their jobs and their credit card statements. There are RunDisney events shortly after the first of the year, and participants usually make a few days of the event by staying in the parks following their runs. And then the Martin Luther King, Jr. holiday weekend sees a rise in park attendance. But after Dr. King’s holiday, Disney World tends to be much more quiet—there’s even a dip in ticket prices following the first week of January. So if you like the thought of cooler temperatures and lower crowds, the last two weeks of January might be the perfect time to visit Disney.

February is another good time to visit the parks at Walt Disney World, especially during the first two weeks of the month. During the third week of January, crowds increase a little thanks to the Princess Half Marathon. But after the event, crowds dissipate again, and crowd-dreading Disney fans have free rein of the parks all the way into March.

8. All but the last week of March

Depending on where your kids attend school or college, Spring Break falls somewhere during mid-March to early April. March is a pretty good month for visiting Disney sans crowds. But as April approaches, there tends to be a rise in attendance—mostly because of Spring Breakers. Disney usually sees the majority of its Spring Breakers between the last week or two of March and the first or second week of April. But other than this, March still seems to be a good time to visit the parks and not walk shoulder to shoulder with every other Disney-loving fan in the world. The weather is still nice too!

7. Most of April—with a couple of exceptions

Crowds tend to be light in April at Walt Disney World, but there are a few days when park attendance is up—still nothing like summertime or Christmastime, though. Easter can see a temporary rise in attendance at the parks, and during the third week of April, the Star Wars Half Marathon brings in Star Wars fans of all ages, but all in all, April is still one of the least crowded times of the year at Disney World.

Ok—last call for Disney fanatics who hate crowds but want to visit before summer! If you want to feel the warm Florida sun but you don’t dare visit the parks during the summer for fear of claustrophobic hives, May is your chance! During the first three weeks of May, you’ll enjoy lighter crowds and warmer weather (but not frying eggs on the sidewalk warm). Crowds begin to grow as Memorial Day weekend approaches, and because Memorial Day is the unofficial start of summer—you guessed it—it’s crowds, crowds, crowds until mid-August.

5. The last couple of weeks of August

Surely Florida residents and Cast Members alike count down the days till the last part of August. That’s because June, July and the first half of August see a majority of the 50 million Guests that visit the parks each year. But school resumes in mid to late August in many states, which lessens the crowds dramatically. Take note, however—August is still very warm in central Florida, so if you’ve waited this long, perhaps you can wait another month and maybe those temperatures will have come down a little as well.

If you’re looking for an entire month of light crowds at Walt Disney World, September was made for you! It’s just about the only month of the year that sees low crowd numbers from the first day through the last day of the month.

3. Most of October (but read this first)

Because EPCOT hosts the Annual Food and Wine Festival during October and November, weekends at EPCOT are usually times of moderate to heavy crowds. But that doesn’t necessarily mean that the other three theme parks are crowded. During Mickey’s Not So Scary Halloween Party celebrations, crowds can increase, but the party is a ticketed special event and doesn’t take place every night in October, so the crowds aren’t instantly heavy simply because of Halloween. For the most part, October tends to be a good month for lower crowds, and the weather isn’t terrible either.

November is another time of lighter crowds in the parks. There is often a minor increase in the number of Guests in attendance in the parks during the second week, called “Jersey Week” because students in many schools in New Jersey have a few days off during that week and opt for a short Disney getaway. November is generally less crowded up until a few days before Thanksgiving. Crowds get lighter during the last several days of November. Christmas decorations are up in the parks during November, so if you’ve always wanted to see Disney dressed up for Christmas, but you can’t make it in December (or don’t dare visit because of crowds), November is a great time to visit!

1. The first two weeks of December

The holiday celebration continues at Walt Disney World throughout December, so if you want to see Disney in its holiday best, but visiting during peak season isn’t your bag, consider visiting during the first two weeks of December. Schools usually dismiss for the Christmas holiday during the third week of December, at which time many families have planned to head to the parks for a holiday getaway before Christmas. The last 10 days of December—which include Christmas Eve, Christmas Day and New Year’s Eve—rival summer for some of the most heavily crowded days at Disney.