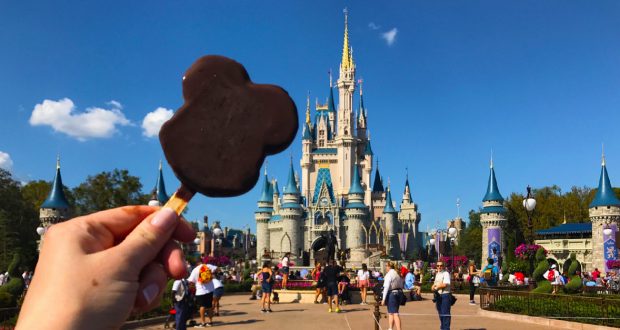 If you’re staying at a Walt Disney World resort, make sure that you include time at the pool in your plans. The on property pools are all themed and amazing! Plan a day off in the middle of your vacation, or relax by the pool the day that you arrive and don’t hit the theme parks until the next morning.

Make sure that you plan at least a few hours at Disney Springs on your first Walt Disney World vacation. There’s shopping, entertainment, and incredible dining. The crowds pick up as the day goes on, and Disney Springs is becoming a fun nighttime destination.

If you’ve never been to Walt Disney World before, you probably plan to make the most of every second. You might assume that you won’t have time for anything but a quick meal, especially a meal where you will also wait to meet characters. Get that thought out of your head, look over the character meal options on the Walt Disney World website, and book your favorite. At a character meal you’ll enjoy good food (and a lot of it, most are all you can eat) and plenty of fun interaction with the characters. Your character meal could end up being a highlight of your vacation, even if you’re traveling without children.

There are plenty of live shows at Walt Disney World, and if you skip them you’ll be missing out on world class entertainment. You will feel as if you are going behind the scenes and stepping right into your favorite movie. While there are too many fantastic shows to mention them all, you will especially want to see which shows are most interesting to you at Disney’s Hollywood Studios and Disney’s Animal Kingdom.

There are a few classic snacks that you will want to try if you have never been to Walt Disney World before. Dole Whip is a dairy free and gluten free frozen pineapple treat. Mickey Pretzels are shaped like your favorite mouse, and often come with a dipping sauce. Mickey Premium Ice Cream Bars could be the most photographed food item at Walt Disney World. You will love every bite of the chocolate and vanilla goodness.

No one does fireworks like Walt Disney World! You can end your day with a literal bang at three of the four theme parks. There are no fireworks at Disney’s Animal Kingdom because they don’t want to scare the animals, but they also offer a fantastic way to end an almost perfect day with Rivers of Light. No matter which theme park you’re in, find out where the nighttime show is and the best place to watch. You will not be disappointed.

If you have never been to Walt Disney World before, you might assume that characters are just for children. That is 100 percent true. What is also true is that Walt Disney World brings out the child in everyone, so the characters are for everyone as well. It’s a lot of fun to hug and get a picture with characters that you grew up with, and also to meet newer characters. If you don’t want to spend too much time meeting characters, at least take the time to get a picture with Mickey. It’s almost required, since he runs the whole place.

If you have never been before you need to hit the triple mountain threat; Space Mountain, Splash Mountain, and Big Thunder Mountain Railroad. There are a couple of other thrills that are based on mountains that you also need to experience; Expedition Everest and Seven Dwarfs Mine Train. You’ll see floating mountains on Avatar Flight of Passage, so add that to the list. Mission: SPACE can be included here because you’ll see the mountains of Mars or Earth, depending on which team you join. There are mountains in some of the scenes that you could experience on Star Tours – The Adventures Continue, so that could be considered a mountain ride if you stretch your imagination. Speaking of stretching, you’ll want to ride in a stretch limo on Rock ‘n’ Roller Coaster Starring Aerosmith. Loops count as mountains, right? While you’re still imagining things, picture the Hollywood Tower Hotel on top of a mountain before you drop on The Twilight Zone Tower of Terror, then you can count that as a must-do mountain as well.

Walt Disney World is filled with classic rides and attractions that you need to experience if you have never been before. Rides like Dumbo the Flying Elephant and “it’s a small world” are synonymous with Disney Parks. Some of the classics, such as Pirates of the Caribbean, have led to movies. There are also newer classic like Toy Story Mania! Laugh to the bad jokes on the Jungle Cruise or Muppet*Vision 3D, or enjoy a newer classic inside an icon with Spaceship Earth or It’s Tough to Be a Bug! While many of the classics are found at the Magic Kingdom, you can imagine Walt Disney’s hand on all four parks. If it’s your first visit to Walt Disney World, take some time to experience the classics. They’re a large part of what makes a Disney vacation so special.