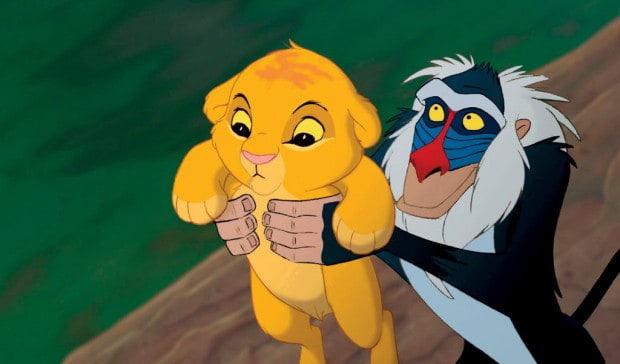 Since the release of Snow White and the 7 Dwarfs in 1937, Walt Disney Pictures has steadily been adding to the entertainment of millions with live action films, animated features and documentaries. A world-wide hit often leads to merchandising and theme park attendance, including traveling shows, Broadway stints and attractions. Disney is in the business of doing things right and has a reputation for huge box office hits. Even with a miss, Disney seems to brush off, lick their wounds and go back to the drawing board; all the while continuing to profit from some of these failures. But, when Disney hits it big…it hits hard. Creating classics and family entertainment is the name of the game and Disney often comes out ahead…Frozen is already considered a classic!  Here is the list of the biggest box office hits and some of the numbers will simply amaze you.

Who could ever forget the tale of Marlin and his search for his abducted son, Nemo? Dory could, but she certainly would not forget the success Finding Nemo has had. The number 1 best -selling DVD of all time will see its sequel in theaters in 2016. Finding Nemo also took home the Academy Award for Best Animated Feature.

The third installment of the wildly popular series has Elizabeth Swann, Will Turner and Barbosa searching for the ever troublesome Captain Jack Sparrow who has ended up in Davy Jones Locker. With 2 Academy Award nods and high profits, the forth film was commissioned. With a budget of 300 million dollars, the film is the most expensive movie ever made to date!

The story of Simba is told, the little lion King, whose Uncle tricks him into exile after the death of his father. After meeting up with his friends, Timon and Pumba, and gaining some wisdom from his love interest, Nala, and Rafiki, Simba is able to challenge his Uncle Scar and end his rule. The film earned 2 Academy Awards and is also a long running Broadway Musical. The highest grossing hand drawn animated film in history and highest grossing 2D animated film in US history, the Lion King has earned a special place in Disney infamy!

Tim Burton’s weirdly fascinating remake of the childhood animated classic finds a 19 year old Alice back in Wonderland, or Underland. Only Alice can help the White Queen defeat the Red Queen and her terror, the Jabberwocky. Though it has mixed reviews and a very short stay in theaters, 3D sales were very high for the run. With 2 Academy Award wins (1 other nomination), people must love this cult classic…it is the 16th highest grossing film ever made.

This one was a surprise, though the popularity of Johnny Depp should never be underestimated. Captain Jack Sparrow finds himself on his own and in the company of Angelica, played by Penelope Cruz, as he is searching on King’s orders for the Fountain of Youth. Facing off against the infamous Blackbeard, viewers are left knowing that Captain Jack will definitely be back for more. The first of the Pirates installment to open in 3D, this 4th film in the franchise opened to record numbers, reaching 500 million in just 10 days. Critics were harsh, but the public welcomed this film with their wallets open!

The toys are uncertain of their future with Andy leaving for college and this tear fest is worth the watch. With unprecedented reviews from critics, 99% favorability, and the biggest opening weekend for a Pixar animated film, Toy Story 3 is certainly special. The first animated feature to gross 1 billion dollars, Toy Story 3 was also the top grossing movie of 2010. It was really holding tight until another movie came along and told Toy Story 3 to Let it Go.

The highly anticipated second installment of the Pirates series was sure to be a huge hit following the adventures of its predecessor. The film finds Will Turner and Elizabeth Swann wanting to marry, but Lord Beckett requires Captain Jack Sparrow’s compass. Though the movie opened to mixed reviews, it did hold the records for quickest film to reach 1 billion world-wide and highest grossing live action movie for 6 years. Today, it still ranks as the 11th highest grossing movie of all time.

The third film and hopefully not the last in the Iron Man series, we find Tony Stark still suffering from after effects of the Alien Invasion of New York from the Avengers. Although his PTSD is severe, he is forced to help save the world from the madman terrorist, the Mandarin. The film opened to rave reviews and was the second highest grossing film of 2013. The 16th ever film to gross 1 billion, Iron Man 3 is currently the 6th grossing film of all time. And, RDJ is pure magic.

Remember that Iron Man 3 was the second highest grossing film of 2013? Say hello to number 1. Frozen is simply spectacular and a home run, NO…grand slam for Disney. Queen Elsa has a secret that will make her shunned from her kingdom. So secret, she can’t even tell her sister, Princess Anna. When Elsa takes off, Anna must trust the help of a stranger and his reindeer to help her find her! Along with the cutest snowman you have ever met, Anna is able to reunite with her sister before her country is in a state of a frozen winter forever! Disney fanatics are rejoicing over Frozen, saying that the film is reminiscent of the Disney hay day of the late eighties-early 2000’s. With 2 Academy Awards, Frozen is the 5th highest grossing movie of all time and the highest grossing animated film EVER.

Disney’s decision to acquire Marvel was pure genius, and pure profit. Nick Fury and Shield require the help of Iron Man, Hulk, Captain America and Thor (along with Hawkeye and Black Widow) to help defend the world against Loki and his invasion of New York City. After the success of Iron Man in 2008, Disney started putting together the pieces of the puzzle for this mega hit. Along with success and numerous award nominations, Marvel’s The Avengers had the largest opening in North American history and was the fastest film to reach 1 billion dollars in ticket sales alone. The first Marvel movie to generate a billion in ticket sales, this action packed film is the third highest grossing film of all time behind only Titanic and Avatar. And its sequel is set to open in 2015, which in my opinion can’t come soon enough! 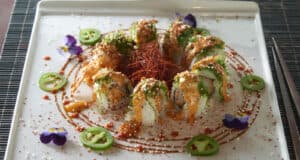 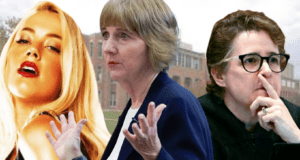 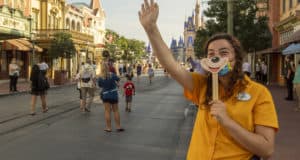