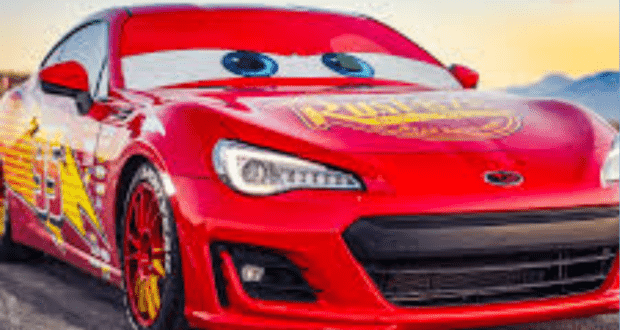 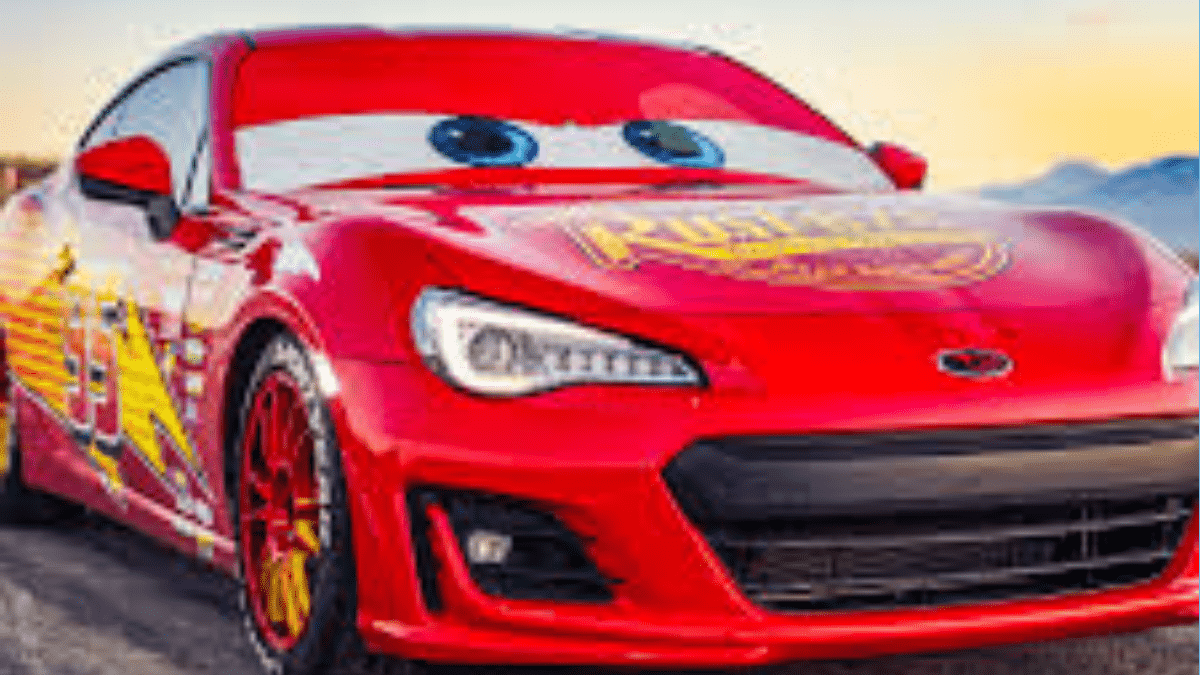 There are two constants in the Disney fandom: #1 is that fans love to create fan art based on their favorite characters and #2 is that Disney loves to sue them for it. In April, TikToker Nine Five Garage learned this the hard way. He modified his Subaru BRZ to look like Lightning McQueen, which garnered the ire of Disney’s lawyers. 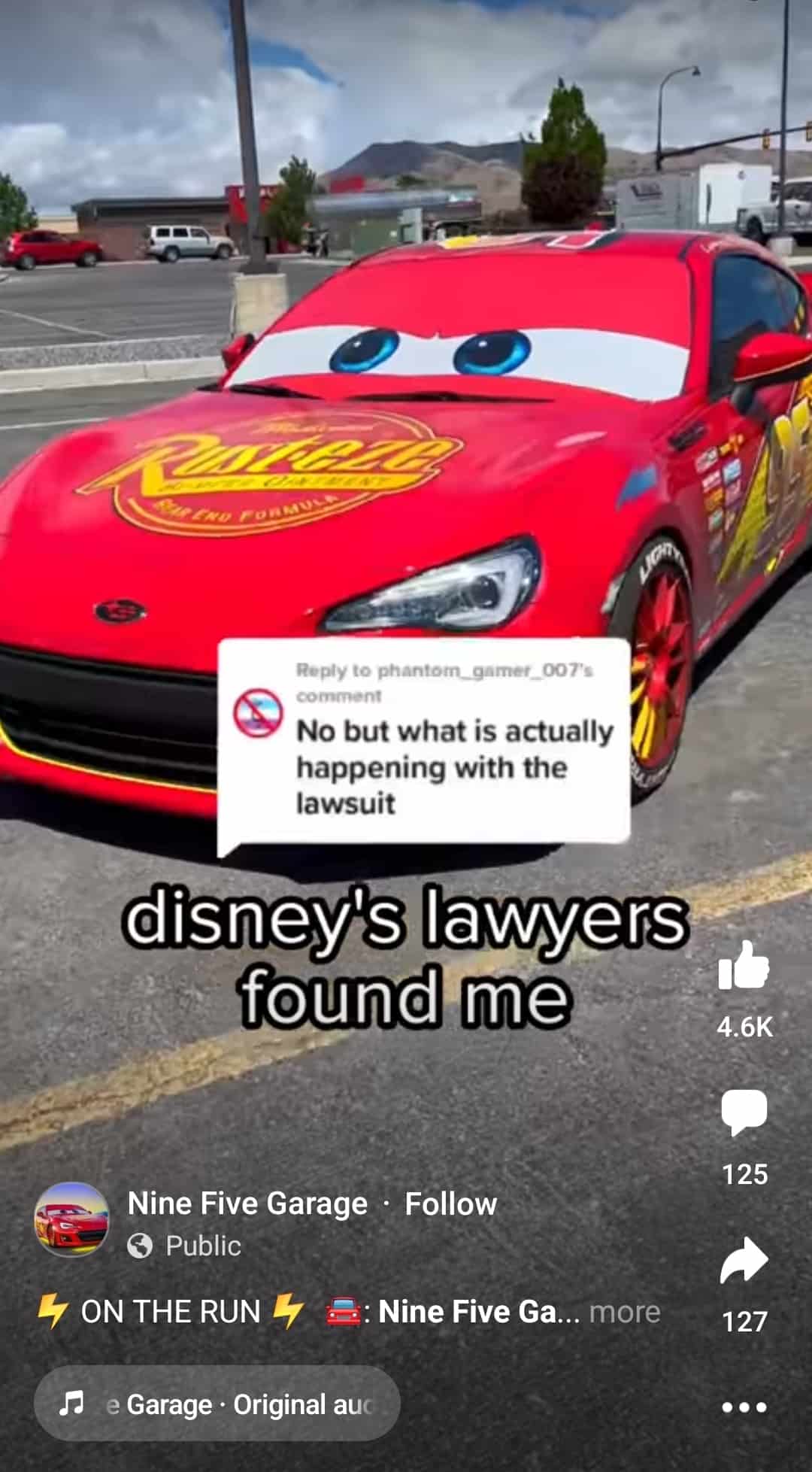 Fans, however, were skeptical of the lawsuit’s legitimacy since he posted his video on April Fools Day.  Nevertheless he has persisted with the claim that he was in fact being sued, despite being satirical about the whole thing.

Recently he took to Tiktok to read an obviously fake letter sent by Disney Legal that included slang and curse words. It could have been his attempt to make light of a serious situation or the whole thing could be a months-long ruse.

In a minute-long video he released a statement saying, Some of you warned me about this when I started this journey a year and a half ago. Like, ‘Aren’t you afraid of upsetting the mouse?’ I was like, ‘They have bigger fish to fry than me.’ But viral hit after viral hit and a year later I somehow have the biggest Lightning McQueen themed account in the world. Which is cool but now I gotta deal with stuff like this.”

He continued saying, “Basically, Disney doesn’t like my car, they say it too closely resembles their intellectual property so I got to figure out what to do about it. I just want to get back to making content for you guys,”

He claimed he was retaining a lawyer to handle the suit. It seems as though he did just that. A few days ago he appeared on Tiktok again to say that he and Disney had settled. He claimed Disney’s issue was that his BRZ Lightning Mcqueen too closely resembled the “real” Lightning McQueen. Instead, he claims, they compromised on a Corvette instead. This sounds like it could have all been a clever set up to unveil the new build. You can check out his Tiktok video here. 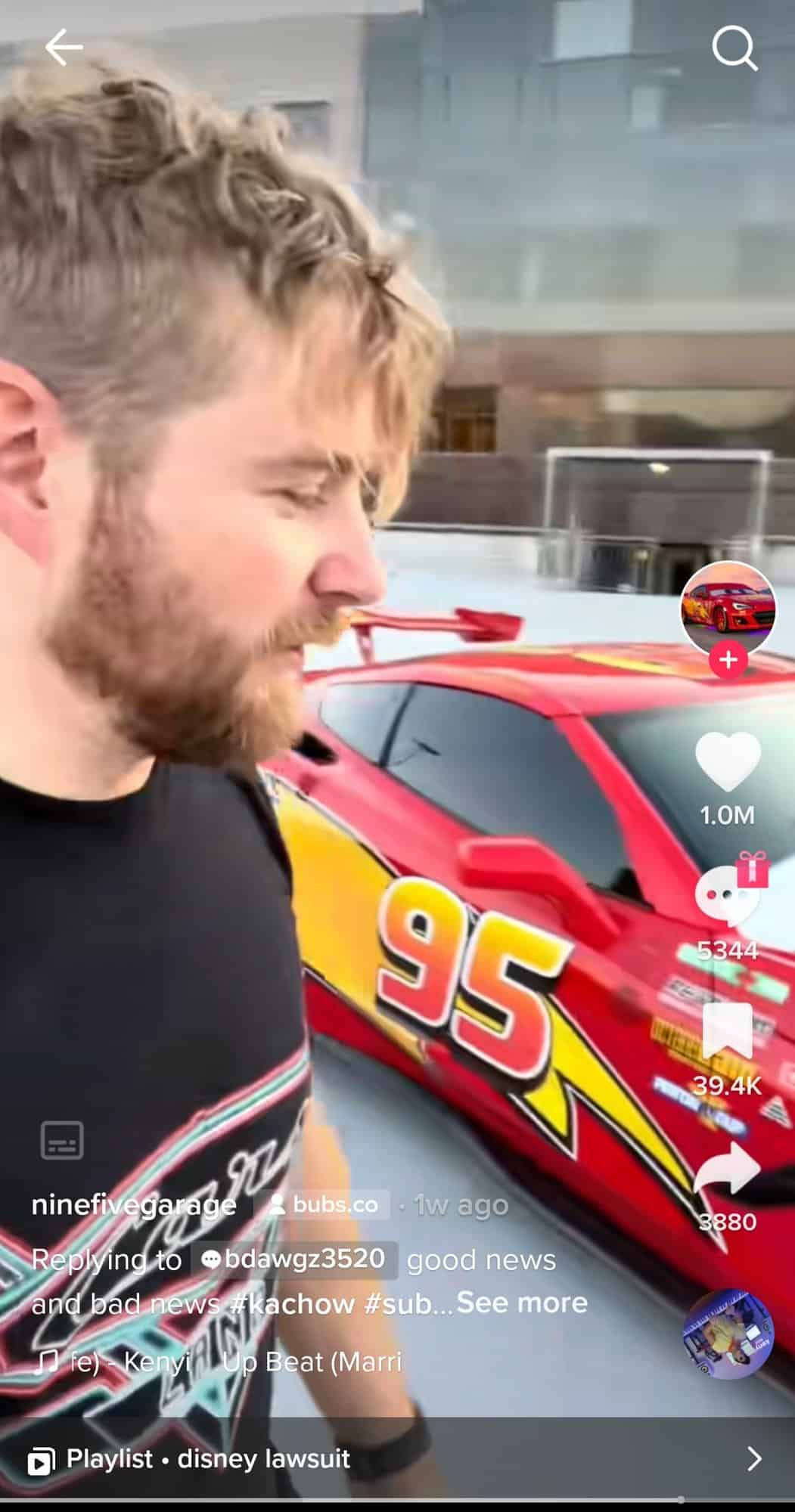 What do you think? Is the lawsuit legit or has Nine Five Garage found a clever way to gain attention for a brand new build? The jury is still out as they say.